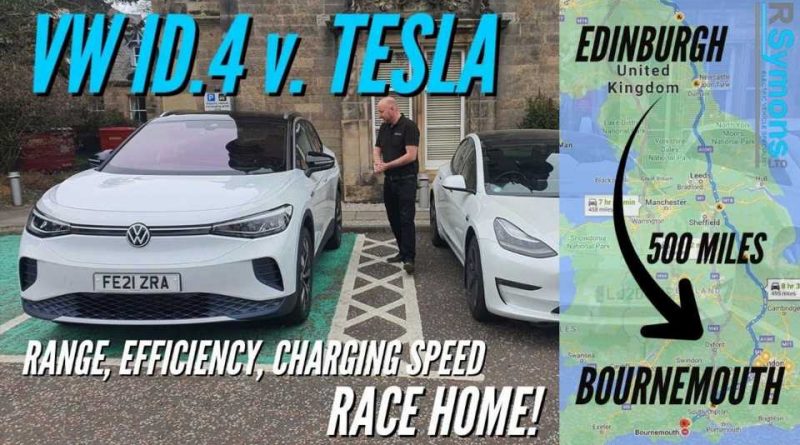 This road trip allows the channel to compare these EVs in the categories that matter most to electric car shoppers.

YouTube channel RSymons RSEV got its hands on the all-new Volkswagen ID.4 electric crossover. Of course, it’s a First Edition model. The channel compared it to the Tesla Model 3 Long Range by taking a road trip from Edinburgh to London, plus more. Their total trip was nearly 500 miles one way.

The goal of the video is to compare the ID.4’s efficiency, real-world range, and charging speed with the Model 3. For a little dose of extra fun, the publication races the cars back home.

We’ve learned over the years that what’s on paper doesn’t usually tell the whole story when it comes to real-world EV ownership. Let’s face it, Porsche got slammed for the short EPA range of its Taycan electric car, but later, people realized it can significantly exceed its EPA range estimate. Meanwhile, Tesla’s cars, which have more rated range than any rivals, often can’t travel as far as the EPA estimates.

The Tesla Model 3 is the most popular EV on the planet, and for plenty of good reasons. Essentially every new EV that comes to market is almost immediately compared to Tesla’s vehicles, and more specifically, the Model 3. Now, with the Model Y electric crossover in the mix, comparisons to Tesla’s newest EV are growing.

With that said, the Volkswagen ID.4 has really impressed many EV fans. It makes the most sense to compare the ID.4 to the Model Y rather than the Model 3. However, for practical purposes, using the Tesla sedan – which shares its platform with the Model Y – helps to paint virtually the same picture.

The 24-minute video is packed with details that make it well worth the time it takes to watch it. However, we can bet you already have some guesses about which car has the most range, which car charges the fastest, and which car wins the race.

Will there be any surprises? Place your bets, watch the video, and leave a comment. 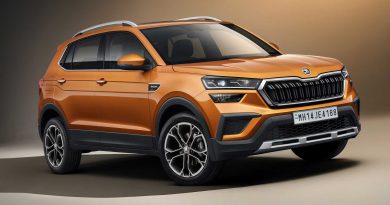 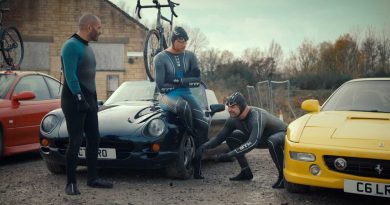 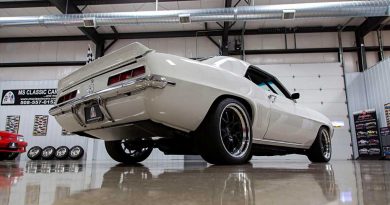