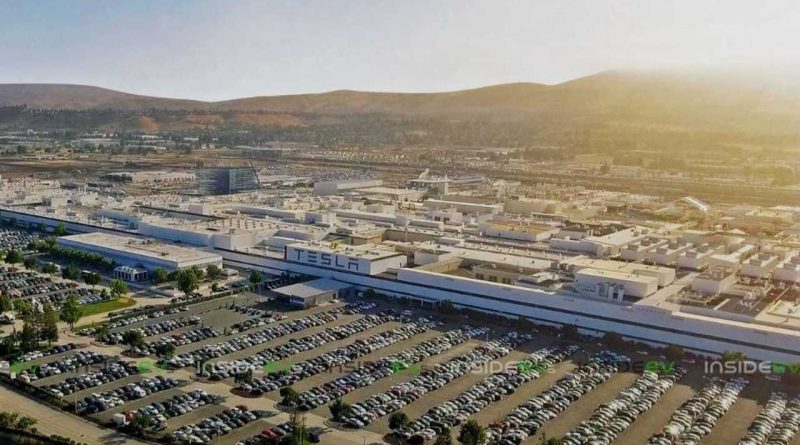 While Tesla makes cars, it can’t really be compared to today’s OEMs. It’s a tech company and so much more.

One of the reasons stock pundits (and others) still can’t understand Tesla is that they continue to see it only as an automaker, and thus they value it using the same metrics they use to evaluate legacy automakers. Such unenlightened souls fail to grasp the fact that Tesla approaches the concept of mobility in a fundamentally different way – whereas the legacy brands focus firmly on manufacturing vehicles, Tesla’s business model encompasses the entire vehicle ownership experience. Above: A look at Tesla’s mobile service which comes directly to an owner’s place of work or home to execute repairs (Image: Tesla)

A car, like a mobile phone or a computer, is a product that depends for its utility on a “stack” of related products and services. Conventional wisdom in the tech industry is that companies that sell in only one level of the stack risk becoming suppliers of a low-margin commodity, whereas companies that control several segments are much more likely to be able to exert pricing power for fun and profit.

The most obvious example of a company that takes the “full stack” approach is Apple, to which Tesla has often been compared. Apple set out not just to make a better computer, but to reimagine the things people do with their computers. Tesla’s mission is not just to redesign the automobile itself, but to remake every aspect of the vehicle ownership experience.

This is far from a new observation – the two links above will lead you to a wealth of discussions about Tesla, Apple, stacks and solutions. However, Kevin Rooke, writing in The Spring, adds some interesting insights to this conversation – his thesis is that Tesla could leverage its ecosystem of services to generate significant revenue, as Apple has done.

This is a business model that conventional carmakers cannot emulate, because their ecosystem, built up over decades, is based on doing things the opposite way. Once a legacy automaker produces a vehicle, it sells it at a wholesale price to an independent dealership, and its job is done. Traditional automakers “make all their money at once, and then they never get another penny from the customer who bought that car for another 10 years, when they’re ready for a new car,” writes Mr. Rooke. “Often, automakers don’t even know exactly who their customers are.”

Tesla, on the other hand, maintains a direct relationship with its customers throughout the product life cycle. The rationale for taking control of the full stack was not to create a captive audience for ancillary services (like selling cheap printers in order to get customers hooked on expensive ink). The original point was that certain aspects of the auto ownership experience (smarmy dealers, overpriced and inconvenient repairs, stinky gas stations) were unsatisfactory. By taking over these functions, and bringing them into the 21st century, Tesla has created legions of delighted customers, and fanatical brand loyalty. As an additional benefit, the company now has the opportunity to develop several potentially lucrative revenue streams.

Some of the parallels between the Tesla and Apple menus are easy to see, and Rooke takes us down the list. Both companies offer trade-ins, which allows them to control the used market for their products, and builds customer loyalty. Both companies also handle their own repairs, maintenance, and now, even insurance. In Tesla’s case, there was really no other choice – traditional dealerships don’t have the knowledge required to effectively sell used EVs, and most gasoline alley mechanics wouldn’t know where to begin diagnosing or repairing a Tesla. Above: Tesla has grown its own proprietary Supercharger network (Image: Tesla)

While Tesla’s vertical integration may have been born of necessity, it turns out to be a huge advantage to the company in terms of control and potential profit. As Mr. Rooke points out, the traditional vehicle ecosystem is dominated by third-party companies. Dealerships, repair shops, insurers, gas stations and ride-sharing firms all provide essential services, for which they take all the profits – the manufacturer gets bubkes.

Tesla recently announced that it would start charging ten bucks a month for Premium Connectivity. An outrage? Not really – over-the-air updates will still be free, and apparently, so will most other services as long as you’re connected to Wi-Fi. Premium Connectivity adds satellite-view maps with live traffic visualization, and access to streaming media and other internet content via the car’s cellular connection. In a sense, Tesla is simply charging for the cell connection (and, to be fair, the company announced back in 2014 that it would eventually do so). Guess who else charges for premium content? That crazy crew from Cupertino offers Apple Music, Apple TV+ and Apple Arcade, each for a monthly fee.

Here’s a big difference between the two empires, however: Apple’s services, according to Rooke, generate gross margins of 64%, and are responsible for a third of the company’s gross profit. Tesla Services generates “only” about $500 million per quarter (an average of $750 per vehicle). Gross margins are negative, though they are improving: -36% in Q3 2018; -22% in Q3 2019.

Some of Tesla’s services may never be big money-makers. Installing and maintaining all those Superchargers is a big expense, and while the service may no longer be free for new customers, Tesla has chosen to make it an amenity of ownership, not a profit center. (Licensing other automakers to use the Supercharger network could be a future revenue source – Tesla has said it’s open to the idea.) Likewise, ten bucks a month sounds like barely enough to cover the cost of maintaining the cellular connections that Tesla needs in order to collect data on its vehicles. However, as Mr. Rooke points out, if those third-party niches in the ecosystem (dealerships, repair shops, etc) are making money, there’s no reason Tesla Services shouldn’t be able to do so, once it achieves the necessary scale.

And there’s another potentially huge source of revenue on the horizon: the Tesla Network. Detroit’s automakers also see the brave new robo-taxi future coming, and they’re well aware that they risk becoming low-margin providers of commodity hardware – that’s why they’re investing not only in autonomy tech, but in ride-sharing services. However, so far Tesla is the only player that has articulated a vision of what its Transportation as a Service solution is going to look like. It has a vehicle that is (apparently) specifically designed for this application, and there are already half a million of them on the road.

Rooke likens the Tesla Network to Apple’s App Store. The comparison may seem strained, but in terms of revenue potential, there’s a close parallel here. These are both walled gardens: Apple gets a piece of every dollar spent on (or within) an app used on its hardware, and Tesla will get a piece of every paid ride taken in its vehicles. Anyone charging a fee for autonomous ride-sharing in a Tesla vehicle must do so through the Tesla Network. Elon Musk has said that Tesla will be taking 25 to 30% of the revenue (Apple charges 30% for in-app purchases on its platform). Above: Tesla’s app will become an integral part of the “Tesla Network” — a ride-sharing fleet of robotaxis (Image: Tesla)

Mr. Rooke concludes his article with a bit of hypothetical math. Let’s say that, in a couple of years, there are two million Teslas on the road, and the company has increased its quarterly revenue from services to $1,000 per vehicle. At a modest 10% gross margin, that would be $800 million of profit per year from services. If the Tesla Network takes off, and if Tesla can match Apple Services’ margin of 64%, then Tesla Services could be adding $11 billion per year to the company’s bottom line.

Okay, this isn’t happening yet, but neither is it a vision for the far-off future – in April, Elon Musk said that he expects to launch the first Tesla robotaxis in 2020. How can anyone think it makes sense to compare Tesla to the Fords and GMs of the world? 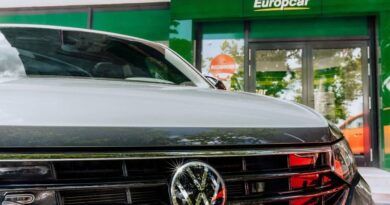 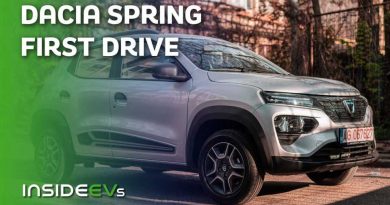 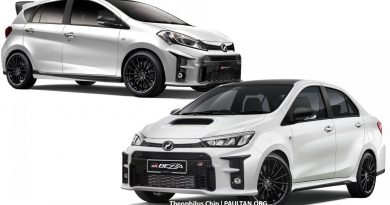