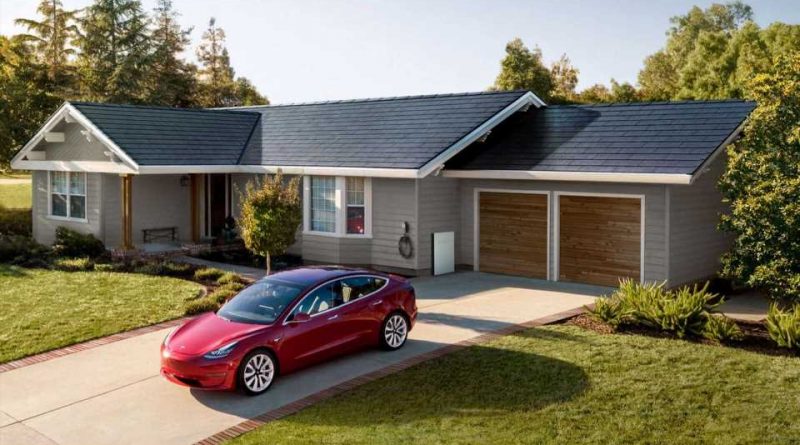 The proposition of renewing the federal EV tax credit for manufacturers that reached the previous limit has raised a lot of interest.

We have two such manufacturers so far – Tesla and General Motors. Their plug-in cars are not eligible for up to $7,500 of the tax credit and have not been for quite some time now.

It’s not a particularly good situation when two domestic manufacturers are not getting the major incentive, because they were willing to jump into EVs first in high volume. They are in a disadvantaged position now, until others run out too.

Even Chinese Kandi would get a $7,500 tax credit for K23 and K27 models! Moreover, some manufacturers like Volvo and Polestar are treated as completely separate companies and will get tax credits for the full 200,000 units (plus a phase-out period).

We are not in favor of renewing or not renewing the federal tax credit (it’s a matter of politics), but we would like to point out that it’s a flawed system from the beginning – including the individual quota for each manufacturer, instead of one big one for all EVs sold.

Anyway, in this post, we would like to see what might happen with the prices if Tesla and GM (and any company above 200,000 threshold) would get the rumored $7,000 tax credit. Let’s get into it. 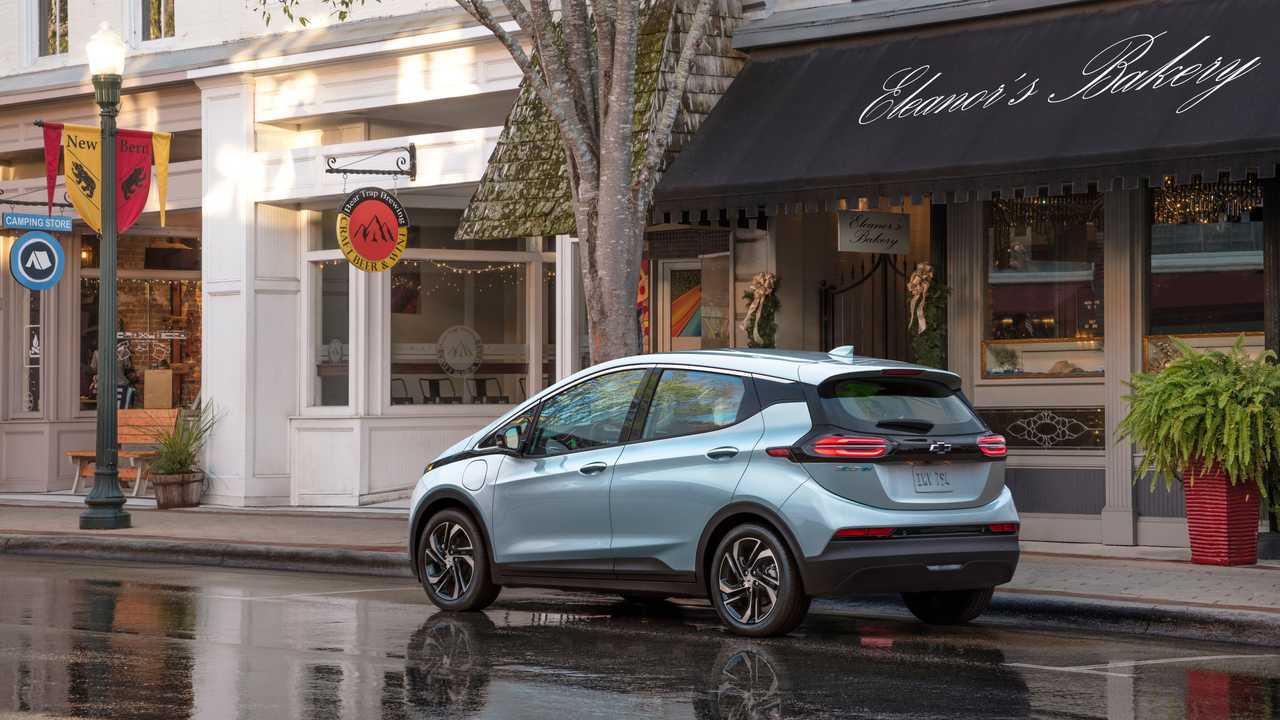 With $7,000 federal tax credit for Tesla and Chevrolet

We applied a $7,000 tax credit to the Tesla and Chevrolet prices (you can find a normal comparison in a separate post) and look at what we have found.

Chevrolet Bolt EV with over 250 miles of EPA Combined range, at less than a $25,000 effective price (MSRP plus DST and deducted tax credit)!

The entry-level Tesla Model 3 Standard Range Plus for $31,190! That’s better than the promised and only shortly available $35,000 Model 3. 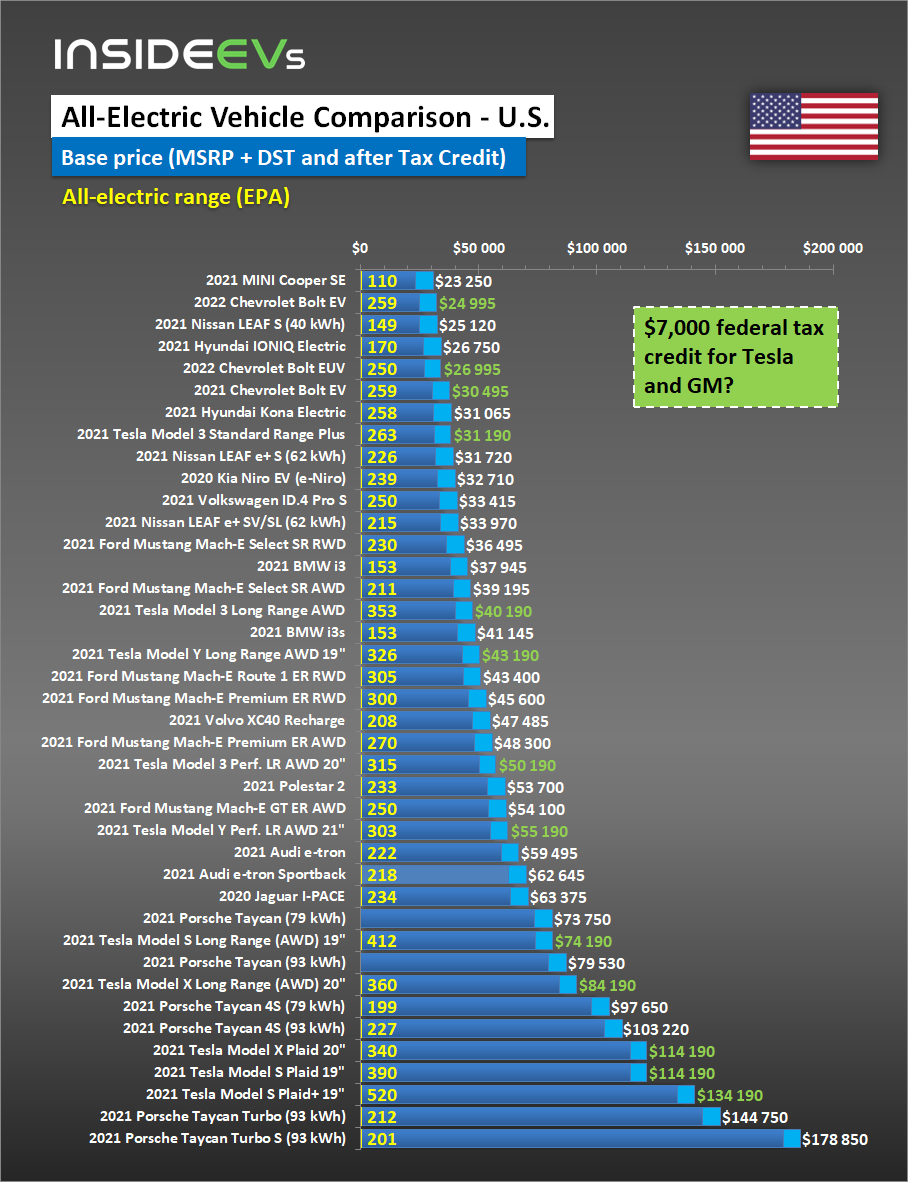 Those potential effective prices are outstanding compared to what the prices are now. One thing is sure, electric car sales would skyrocket.

We guess that manufacturers would increase their base prices noticeably to capitalize on the change if possible, but rather not by the full $7,000.

Anyway, if Tesla is able to capture 80% of the U.S. BEV market without the federal tax credit, they would have a chance to go even higher. 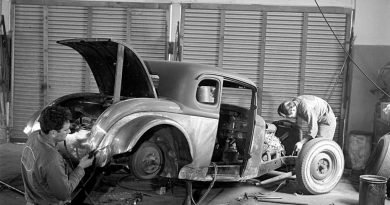 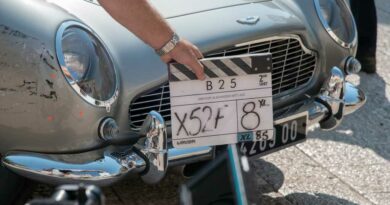 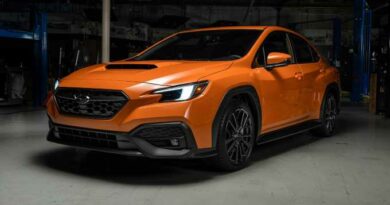