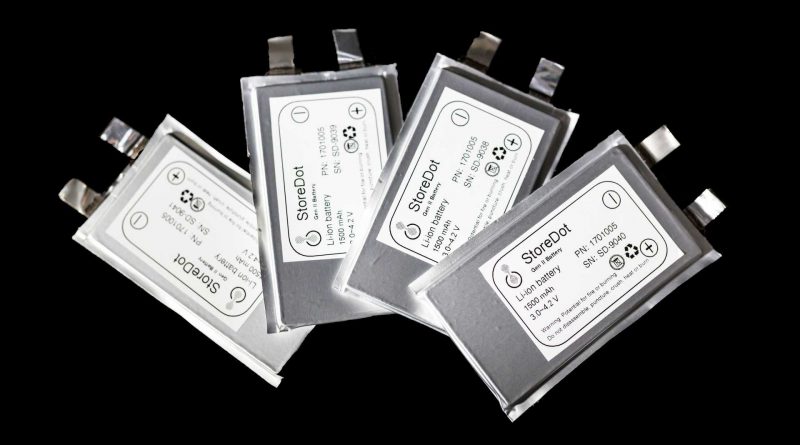 Their mission is to show electric car producers what StoreDot can do.

StoreDot first promised to release a fast-charging cell in 2015. In 2017, it made a demonstration that these batteries did what it said they would. In 2019, when they could be already for sale, StoreDot made another demonstration with a scooter that had 15 percent of charge and allegedly reached full charge in five minutes. Back to 2021, the company now says it will offer engineering samples of its cells.

That would be a harbinger of production, but StoreDot did not mention which companies will get these engineering samples to perform tests. Will they be smartphone, drone, or electric car manufacturers? In the pictures, we can see the pouch cells go from 3V to 4.2V, pretty much the same voltages 18650 or 2170 cells work with – and all technical details we have about them. 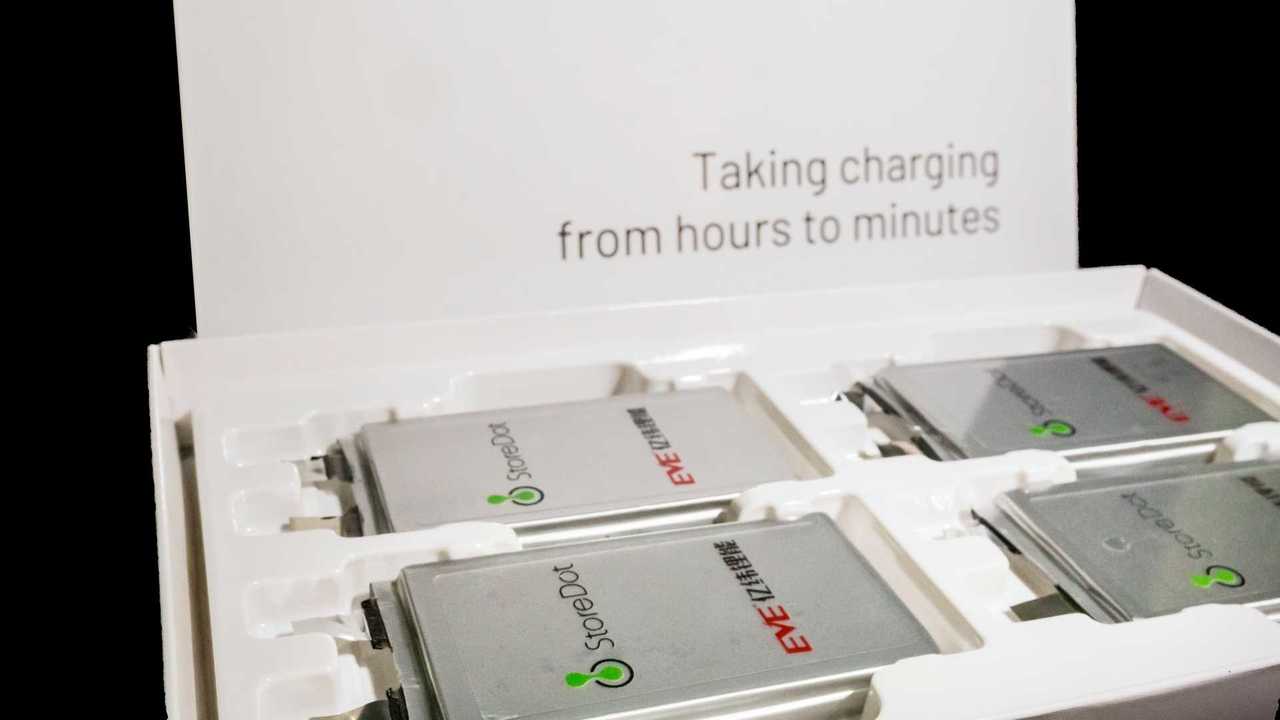 StoreDot says its cells use metalloid nanoparticles. An article at The Guardian about it states this metalloid is germanium, a semiconductor that would have helped the company achieve fast-charging without risking dendrite formation. Another advantage of the new batteries would be that it can be produced in current lithium-ion cell factories just with a few changes, something Echion also promised with its “magic” powder.

Although this may seem like good news, StoreDot still needs to tell us in which conditions its batteries can charge in only five minutes. What voltage does it need to get there: 800V, such as the one the Porsche Taycan accepts, or 900V, like that in which the Lucid Air works? How powerful must the fast chargers be: 270 kW, 350 kW, more than that? 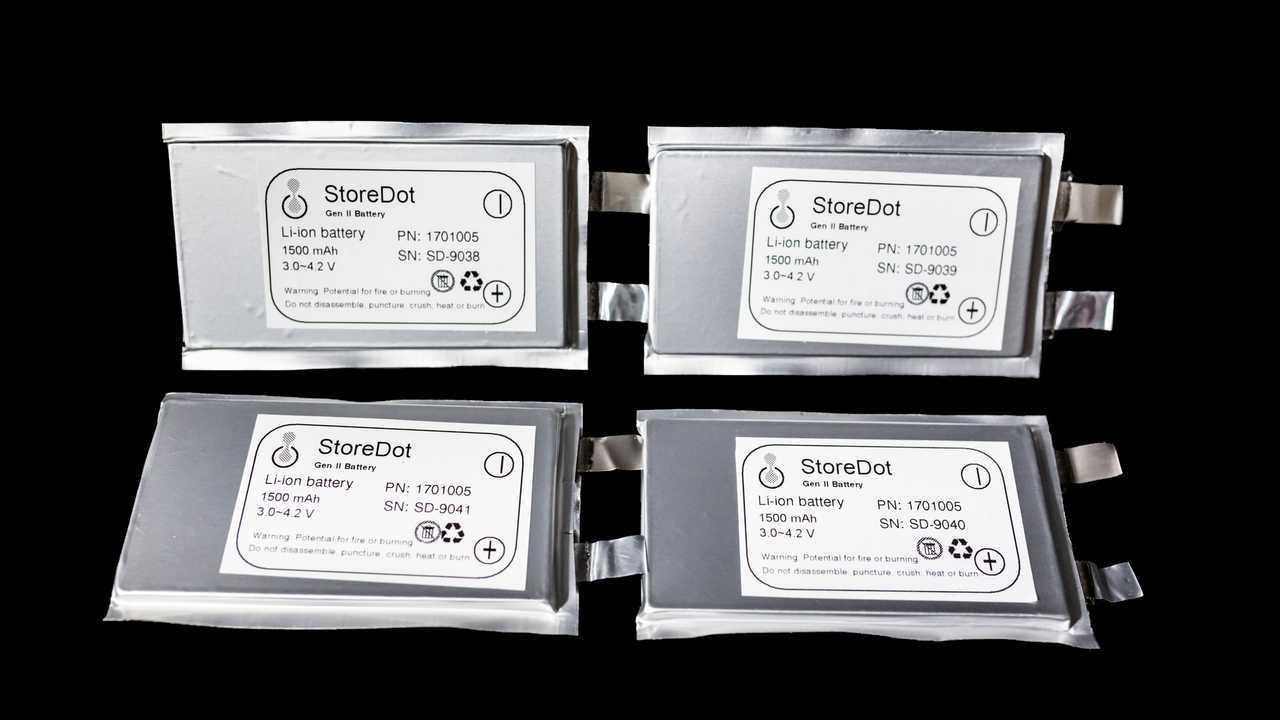 We tried to find answers on the company’s website, and all it says is that the FlashBattery – as StoreDot calls it – will make it possible for electric cars to retrieve 300 miles of range in only five minutes. To The Guardian, the company apparently said it expects to help vehicles retrieve 100 miles of range in five minutes by 2025, but under which conditions? That article only mentions the “available charging infrastructure,” which is quite vague.

To get 100 miles in five minutes, many drivers will just need a Porsche Taycan and a fast charger, both of which are readily available. In fact, a ChargePoint article states it can recover 60 miles in only four minutes at 800V, 350 kW fast chargers. Why wait until 2025 for that?

We have asked StoreDot for clarifications. BP is one of its investors, likely hoping that StoreDot will help it change its fuel pumps for fast chargers seamlessly. Customers would spend the same time on charging as current combustion-engined cars take to refuel. On our side, we need way more information to crave for StoreDot to reach the market.

Apart from these first-generation engineering samples, the Israeli company also plans to reveal a second-generation of the FlashBatteries by the end of 2021. Instead of germanium, it will use silicon, which is cheaper and more abundant. With more data and more evidence, we may be willing to wait six more years for its engineering samples. 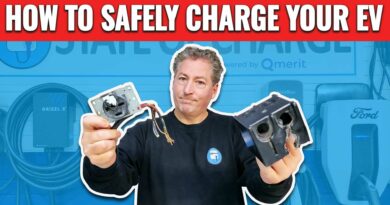 How To Install EV Charging Equipment Properly And Safely 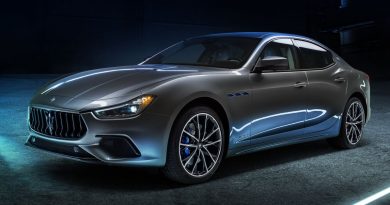 Maserati to electrify its entire model line-up by 2025 – paultan.org 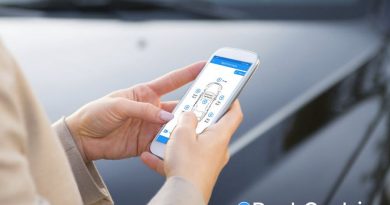