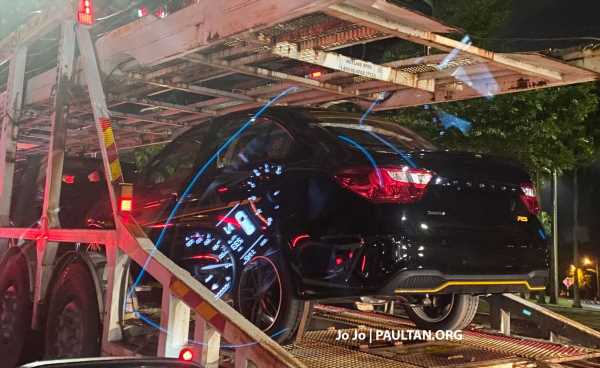 There appears to be upcoming R3 variants of the Proton Saga, Iriz and Persona, with these having been sighted on transporter trailer by our readers, Fahmi and Jo Jo, on separate occasions. The colour scheme on the trio appear to take after that of the Proton Saga Anniversary Edition, which wears black exterior paint with yellow highlights in a tip of the hat to R3, Proton’s motorsports arm.

Given the colour scheme, the Saga R3 appears similar to the Anniversary Edition which was released last July when the nameplate turned 35 years old, though its double five-spoke wheel appear to have a slightly different finish compared to those on the AE. Meanwhile, the R3-kitted Iriz is seen here to wear larger wheels akin to those on the Satria Neo CPS, along with the same black-and-yellow colour scheme.

There was also a similarly outfitted Persona on the trailer, though capturing an image of the B-segment sedan remained just out of reach, said our reader. The interior is anyone’s guess at this point; might there be matching R3 upholstery for these models?

With the R3 badging, chassis upgrades for the trio isn’t out of the question, though eventual specifications will have to await official confirmation. That said, these could remain a cosmetics exercise as in the Saga Anniversary Edition; any engine upgrade is pretty much out of the picture, however.

The Iriz pictured here isn’t the same as the 2021 version spotted running road tests last year with the similarly updated Persona, as those will carry more comprehensive updates inside and out.

The 2021 updates for the Persona and Iriz will most likely feature the present range of engines, namely the 1.6 litre VVT with 109 PS and 150 Nm of torque, as well as the 13 litre engine with 95 PS and 120 Nm of torque. Meanwhile, the exterior for the 2021 model-year B-segment duo most likely will feature the ‘infinite weave’ signature to bring them visually closer to their latest stablemates. 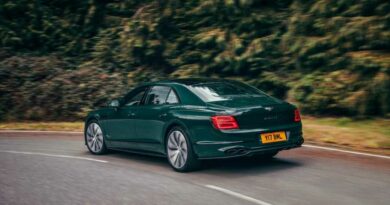 How Exactly Does Four-Wheel Steering Work? 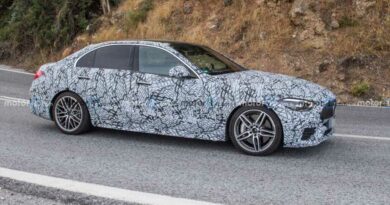