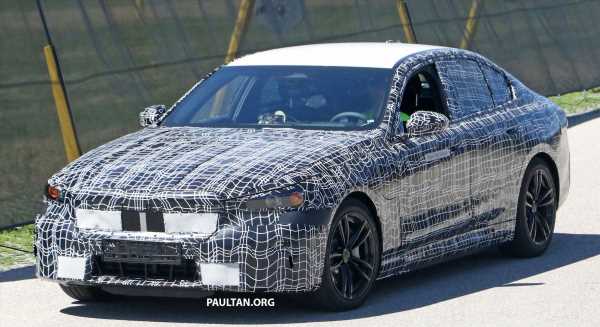 The next-generation BMW 5 Series has been photographed once again at what appears to be the same location where the first sighting of the G60-generation car took place. While its camouflage foil looks much the same as before, we get a slightly more unobstructed view of a development unit on the move.

The G60’s bodywork and exterior equipment such as headlamps and tail lamps, as well as wheels appear to be the same as before, and the car’s lighting equipment appears to remain development units that will be replaced by the eventual production units as the car gets closer to its official debut.

This is expected to follow in the footsteps of the next-generation 7 Series that will feature three types of powertrain; fully electric, hybrid and internal combustion, our sources suggested previously. The second type is seen in these images, where “Hybrid Test Vehicle” is labelled on the car’s front doors and rear bumper, while the EV version has been tipped to be named the i5.

Seen again here is a front bumper and grille arrangement that appear to be of the more traditional arrangement as seen on the current G30, though the front bumper’s lower intakes contain uprights angled in a way that, to these eyes, suggest an iteration of the full-height grille seen on new BMWs of late, such as the G22 4 Series Coupé, G24 Gran Coupé as well as the M3 and M4. Which design will emerge? Time will tell. On the purely electric drive version, powertrain options could be adopted from the iX, where an xDrive40 variant pairs a 90 kW (258 PS) front motor and a 200 kW (272 PS) rear motor for a total system output of 326 PS and 630 Nm of torque. By extension, also possible is the xDrive50 powertrain that packs 523 PS and 765 Nm of torque.

The latter variant will bring a battery pack with a capacity of 105.2 kWh, compared to the xDrive40 version’s capacity of 71 kWh. A possible range-topping powertrain could also come from the iX, where an M Performance version in the future could output as much as 600 PS.

There aren’t images of the G60’s interior available just yet, though zooming in through an open driver’s window partly shows a square edge that could be part of a dual-widescreen display such as the setup photographed in the next-generation 7 Series.

A Touring (estate/station wagon) bodystyle has been tipped to continue into the next generation, according to our sources, though powertrain details for the long-roofed version of the G60 5 Series. For now, the next-generation BMW 5 Series is estimated to premiere in 2023 as a 2024 model. 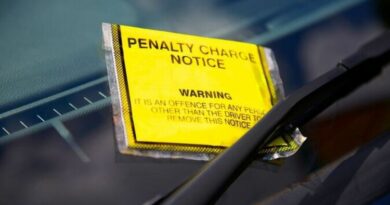 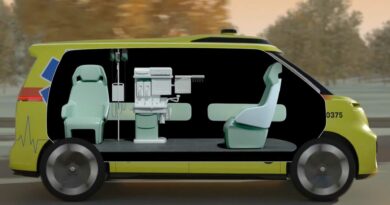 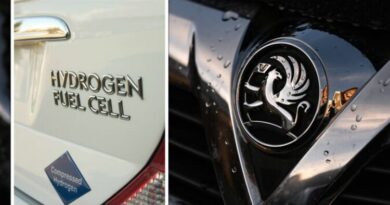