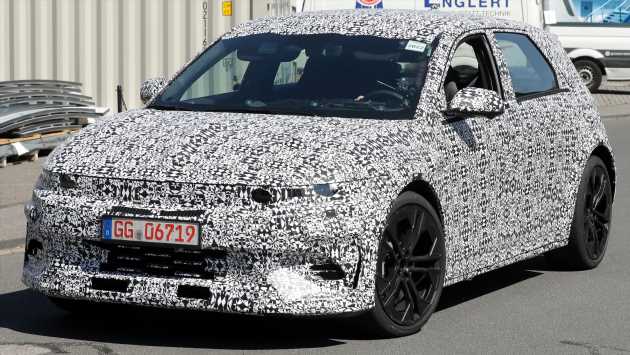 The Ioniq 5, our Car of the Year in 2021, is set to receive a range-topping N variant and these latest images give us our best look yet at the upcoming all-electric sporty SUV. Hyundai previously confirmed production of the Ioniq 5 while revealing the RN22e, a concept based on the new Ioniq 6 saloon, and the N Vision 74, a retro-inspired hydrogen fuel cell-powered concept.

Hyundai has grown its sporty N badge rapidly with the i20 N and i30 N providing excellent forerunners for the brand. The Ioniq 5 won’t be the first SUV within the N stable either, it follows on from the petrol-powered Kona N.

Full details of the new Ioniq 5 N aren’t expected for a while, although Hyundai has confirmed that the car will be on sale in 2023 and that the RN22e concept is playing a role in the development of future electric N models.

Our previous images depicted a test mule in the body of the standard Ioniq 5, sporting new wheels. The latest spy shots indicate the N model will receive a revised exterior, and will be lower and wider than the standard car.

At the front we expect the same matrix LED headlight set up as the regular Ioniq 5, but underneath we can see a new bumper design with more intake areas. This will help with cooling; the battery pack is going to be working harder than usual in high-performance modes. It also looks like the bonnet might feature two strakes running across it to give the N model extra aggression.

Around the sides you get larger brakes and new alloy wheels, while at the back you get a beefier rear spoiler, new diffuser and pretty LEDs.

Inside, the Ioniq 5’s interior is likely to get an N makeover with sportier, but still sustainable, materials used in the cabin, deep sports seats, a thicker steering wheel and revisions to the graphics on the digital instrument cluster. We would also expect some electronic trickery, with different chassis, power and control settings available to drivers.

The powertrain used for the RN22e concept car gives a big hint to what could be on offer in the Ioniq 5 N. The concept uses the same E-GMP platform as the Ioniq 5 N and the same 77.4kWh battery and dual-motor set-up for four-wheel drive that’s also available on the standard 5.

There is also the Kia EV6 GT which is built on the same platform and features the same 77.4kWh battery with two electric motors. In the Kia this results in 577bhp and 740Nm of torque. The Kia offers a 3.5-second 0-62mph time and 162mph top speed; you’d expect the Ioniq 5 N to get similar numbers.

The RN22e includes a variety of other technology that could filter through to the Ioniq 5. There is a twin clutch torque vectoring system that is said by Hyundai to provide a ‘corner carving feel’. Weight is an important consideration in electric performance cars and while 3D-printed parts are likely to help shave it off, a set of four-piston monoblock brake calipers and 400mm brake discs should help keep it under control.

The N Sound+ feature on the concept might also make its way to the Ioniq 5 N, it pumps artificial noise into the cabin in a similar way to the e-ASD tech introduced in the new Ioniq 6. Meanwhile, N e-shift, aims to replicate the vibration and feel of a ‘real’ gear change.

The Ioniq 5 N is due to go on sale in 2022 so we expect to see the production car in the near future. It will probably arrive as a hatchback but given the current trend for coupe-SUVs, a racier ‘sportback’ version of the Ioniq 5 bodystyle shouldn’t be ruled out. 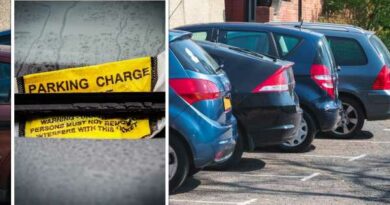 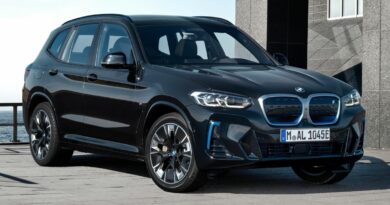 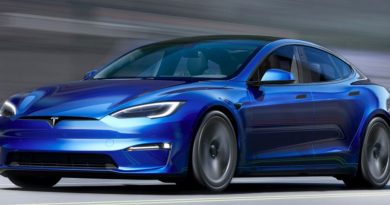