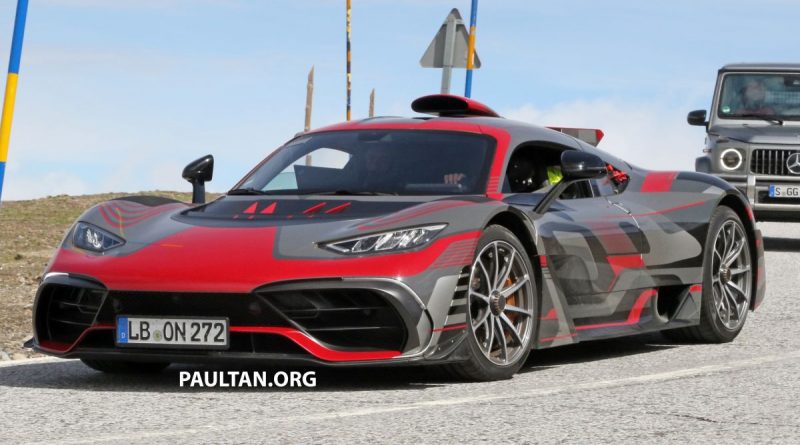 After two years of delays, Mercedes-AMG is finally putting its One hypercar into production this year. The Formula 1-engined monster looks to be undergoing its last road tests before landing in customers’ hands, with these spyshots suggesting that the prototype you see here is close to its final form.

The car looks remarkably similar to the one that was paraded in marketing materials earlier in the year, replete with the striking black, grey and red camouflage. The long nose, low-slung glasshouse, pronounced fenders, roof scoop, dorsal fin and upswept rear deck look just as dramatic as they did back in 2017.

Looking closely, you can spot the production-spec lighting, including the slimline LED reflector headlights, L-shaped daytime running lights that line the massive front air intakes, trapezoidal taillights with triple panels and a centre brake light joining them. The reflector strips underneath the taillights are the only bits that appear to be tacked on; expect a cleaner integration for the final car. Unlike the previous prototype, however, this one sports a proper pair of wing mirrors atop the doors, mounted on some very tall stalks. This design was seen on the original Project One concept and is further evidence that the car is near completion. We also see the active aero, which consists of front fender vents and massive rear wing, in the retracted position – possibly for a road-biased drive mode.

The One is a big deal because its link to Formula 1 isn’t some cynical marketing hyperbole. Underneath that finned rear end is an actual F1 engine – a 1.6 litre turbocharged V6 from the W07 Hybrid, which powered Nico Rosberg to his only world championship in 2016.

This mill was renown for its novel split turbocharger design, which put the hot turbine and cooler-running compressor at opposite ends of the engine, improving packaging while reducing pipework and cooling requirements. To ensure the car is reliable enough for road use (and can accept commercial RON 98 petrol rather than race fuel), revs are limited to a still-stratospheric 11,000 rpm. As on the F1 car, the engine is supported by two electric motor-generator units – the MGU-H (for Heat) draws energy from the exhaust and uses it to drive the compressor at low revs, while the MGU-K (for Kinetic) recuperates kinetic energy under deceleration, providing a boost of acceleration when required.

Where the One differs from the W07 Hybrid is the fitment of another pair of front-mounted motors, delivering all-wheel drive and torque vectoring across the front axle. Mercedes is claiming a total system output of over 1,000 PS and a top speed of over 350 km/h. The pushrod suspension has also been derived from F1. 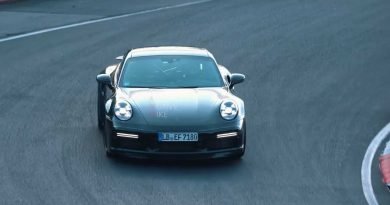 New Porsche 911 Turbo Spied Going Flat Out At The ‘Ring 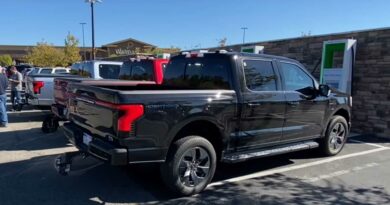 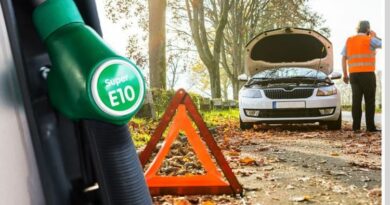