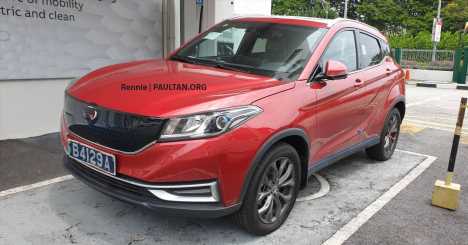 A brand new electric vehicle has just been spotted by our reader Rennie in Malaysia. The model in question is the Dongfeng Seres 3, a fully electric five-seater crossover that was seen plugged in to a DC fast charger at the Sunway ABB facility recently.

This isn’t the first time you’ve heard of the Dongfeng brand in Malaysia. In December 2020, we got up close with the DFSK 580 Glory, a seven-seater SUV equipped with a 1.5 litre turbocharged engine and a CVT. The car will be sold by Dongfeng Commercial Vehicle Malaysia for just under RM90k.

Curious about the Seres 3, we asked the company whether it was them that was conducting roadworthiness tests of the electric car, but turns out it wasn’t. The Seres 3 seen here (known as the Glory E3 in China) was a left-hand drive unit, and it was charging via a CCS2 connection. The Glory E3 in China is equipped with a GB/T connector, while the Seres 3 (made for European markets) gets the CCS2 type.

The Seres 3 was not built from the ground up as an electric car, but instead, it’s based on the Glory 500 with an internal combustion engine. Specs-wise, the EV features a single 120 kW (163 PS, 300 Nm) electric motor that powers the front wheels through a single-speed transmission. It will do the zero to 100 km/h sprint in 8.9 seconds, and tops out at 160 km/h. The automaker claims that the 52.56 kWh battery can provide up to 405 km of range on a single charge, and that the battery can be juiced up in eight hours when plugged in to a domestic household socket. When plugged into a DC fast charger, it will take 30 minutes to charge the battery from 20% to 80%. That’s not all that impressive, and it’s unclear what the maximum draw rate the EV can support.

It gets a MacPherson Strut suspension up front and a torsion beam setup at the back, and it sits on 18-inch alloy wheels. The kit list includes halogen projector headlights, electronic parking brake with auto hold function, electric power steering, a fully digital instrument cluster, a 10.25-inch floating infotainment display, and a Jaguar-esque pop-up style rotary gear selector.

According to DFSK’s website, the Glory E3 in China gets features such as forward collision warning and lane departure warning, but neither autonomous emergency braking, lane keeping assist nor adaptive cruise control are available. There is, however, hill descent control and six airbags. So, any thoughts? 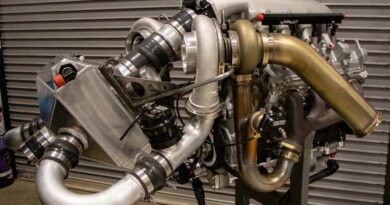 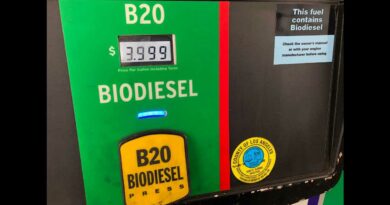 What Is Biodiesel Fuel? Examining the Pros and Cons for Your Vehicle