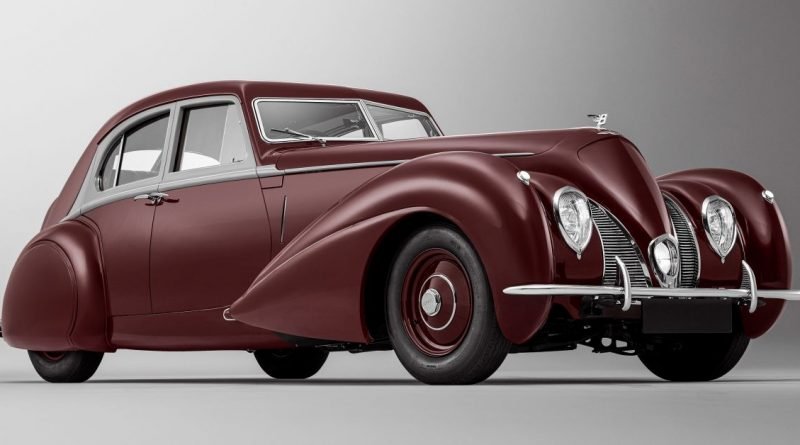 The Bentley Corniche you see before your eyes is the one and only model of its kind. Built in 1939 as a design study, the car featured a more streamlined body to deliver greater speed and performance (it was based on the old 4¼ Litre chassis). A test session at the Brooklands race circuit saw it clocked speeds of well over 160 km/h, which for its time was way ahead of the pack.

If you haven’t heard of the Corniche, don’t worry, you’re most definitely not alone. In the same year the car was built, it was hit by a bus, which resulted in repair works that spanned nearly a month. Then, while undergoing another test, the Corniche met with another accident which saw it hit a tree and rolled onto its side, causing extensive damage.

Repair works commenced immediately, because the Corniche was due to be displayed at the Paris motor show later that year. The body was shipped to France to be repaired, but on the return trip to Crewe, the body was destroyed in a World War II bombing. It was never to be seen nor heard of, until now.

Plans to fully restore the long lost 1939 Corniche started several years ago by volunteers, but efforts were brought in-house when company CEO Adrian Hallmark wanted the process expedited to celebrate Bentley’s centenary in 2019. Naturally, Mulliner, which has been building one-off cars since the 1970s, was tasked with the restoration, although interestingly it was the outfit’s first go at a historical model.

The rebuild process was mostly based on original blueprints and sheer craftsmanship skills, using original mechanical components made for the Corniche and MkV models. The outer shell was completely fabricated (most of it was later formed by hand) and is identical in every detail to the original. The grille was also hand-formed by metalworkers over a period of three months!

In the paint laboratory, workers spent hours producing colour samples of Imperial Maroon (main body) Heather Grey, whereas the seats and door trims had to be reproduced based on historical research alone.

The Mulliner trim team came up with a period-appropriate interior in typical Vanvooren style, using Connolly Vaumol hide, fabrics from West of England and carpets that were cut from a very old roll. Wooden interior trims also had to be steamed to attain the desired curvature. One Mulliner apprentice even created an authentic tool tray for the boot of the Corniche!

Hallmark said: “The 1939 Corniche was a clear step in Bentley’s design language which is evident when set aside the later and now iconic R Type Continental. It is a pivotal car in the history of Bentley, demonstrating that even then, this great British marque was at the cutting edge of design and technology. Mulliner’s stunning recreation of the Corniche clearly demonstrates our skill in restoring the greats from Bentley’s back catalogue as well as making beautiful personalised modern Bentleys.” Bentley’s design director and director of Mulliner, Stefan Sielaff added: “It’s been a fantastic team effort. We have highly skilled craftsmen within Mulliner and around the rest of Bentley Motors, and they all have massive pride in what they’ve achieved with this car.”

The rebuilt Corniche will make its first public appearance at Salon Privé at Blenheim Palace in September and will join Bentley’s Heritage fleet, which already includes WO Bentley’s 8 Litre and the Birkin Team Blower. The entourage will also be exhibited at events around the world. What do you think of the Corniche? 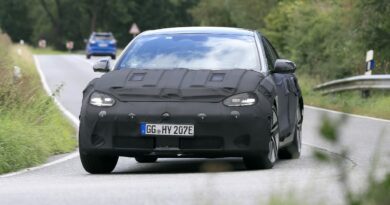 New Hyundai Ioniq 6 spied ahead of launch this year 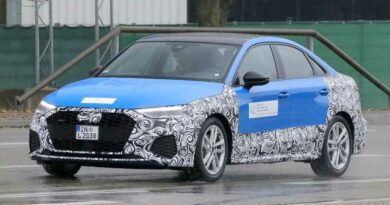