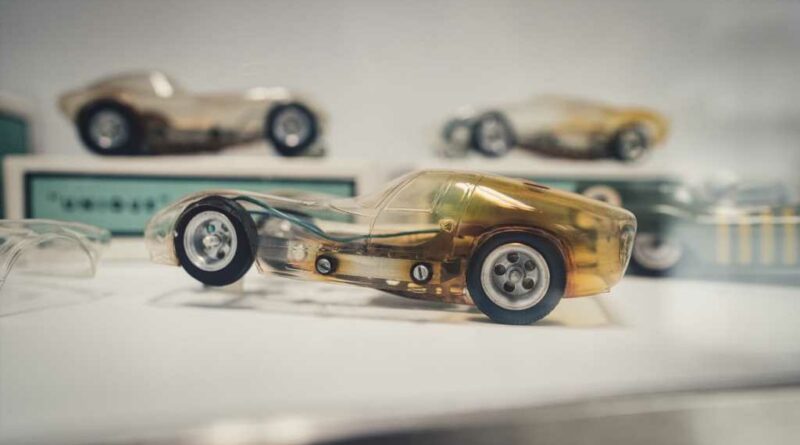 A slot car, as defined in the recently published book Slot Car Dreams: The Slot Car Frenzy of the ’60s Beginning to End, is “[a]n electrically-powered model car, guided by a blade or pin running inside a groove in the center of one or multiple lanes routed in wood or molded in a plastic track, remotely controlled by a rheostat commonly called a controller, connected to the track and a power supply providing the electrical energy.” And one of the centers of the slot car world, home to one of the most extensive collections of 1/24 and 1/32 scale models from the “Classic Era” (1957 to 1972), can be found one block north of Sunset Boulevard in a private residence.

The Los Angeles Slot Car Museum houses a treasure trove of vintage slot cars, the result of his lifelong passion for the hobby, founder Scott Bader. Among the top slot car enthusiasts in the world, Bader established the private museum in 2008.

LASCM is open to the public by lottery and appointment and has thousands of cars, accessories, and literature beautifully displayed in custom-built glass cases. The place also has oodles of rare model kits in their original packaging in immaculate condition. There is even an underground vault packed full to the brim of boxes containing unopened slot cars, which requires you to take an elevator. If there’s a slot car heaven, this is what we imagine it has to look like. Newcomers and veteran hobbyists will appreciate the massive archive of a bygone era in slot car racing history.

If you ever get to visit LASCM, you can expect to see Du-Bro Speedway Miniatures, Revell Authentic model kits, Scalextric racing sets, K&B 1/32 scale model racing cars, Gar Vic kits, and a whole lot more. Some of our favorites were the Astro=V and Gamma Ray 1/24 scale kits, K&B Aurora super challenger models, Russkit Carrera sidewinder series, and a Mack Bulldog five-cent beer wagon. On the day of our visit, we were fortunate to meet renowned slot car racing champion and expert Keith Tanaka.

During their peak in the early 1960s, slot cars took over America and became so popular that commercial slot racing tracks grew to the thousands. Estimates suggest that, at one point, there were as many as 5,000 raceways in the U.S. alone, although a lowball figure indicates closer to 3,500. Practically on every street corner, commercial raceways hosted race tournaments that attracted slot car devotees by the masses, both teenagers and adults.

With roots dating back to the 1900s, historical records often credit Lionel, a U.S. model train company, as the first to develop independently controlled electric toy models in 1912. However, evidence discovered by Philippe de Lespinay, author of Slot Car Dreams, raises some doubt about the widely accepted claim. Societé Anonyme Brianne, an electrical equipment distributor in Paris, France, began production in 1908 and could conceivably be the true pioneer of the world’s earliest model electric racing car examples.

Officially introduced by the late 1950s, slot car kits and models were available in a wide range of body styles, different scale sizes, and manufactured by scores of companies throughout the U.S., Japan, Europe, and Latin America. Like real-life cars, model kit components included, among other items a motor, chassis, body, wheels, tires, bearings, and axles. These miniature hand-built racing machines zipped around raceways as large as a 475-foot, six-lane commercial track then operated by EMMRA in East Meadow, Long Island, New York. Car Model magazine, a publication dedicated to everything slot cars, would publish an entire directory of tracks around America.

Early on, the racing hobby attracted professional race car drivers. Among them were Dan Gurney, Jim Hall, Skip Hudson, Bob Bondurant, and Jim Clark. Several had contracts or verbal agreements with slot car manufacturers, which brought forth the release of race car scale models, including the legendary Chaparral 2. Film actors and artists Adam West, Elvis Presley, The Beatles, and Van Williams enjoyed racing slot cars, too. As rapidly as slot car fever spread across America, its demise arrived like the stock market crash of 1929 by the end of the ’60s.

Slot car racing saw a revival in the 1990s that started in Spain. Renewed interest in the hobby has since then grown exponentially, some of it during the pandemic lockdowns. Several commercially successful raceways with a longstanding history are still operating, mainly in the U.S. There are dozens of companies manufacturing slot cars today, including Scalextric, Carrera, Le Mans Miniatures, Slot.it, and Fly, to name a few. Nowadays, the most popular model is the 1/32 scale, and in terms of collecting, slot cars made during the Classic Era are highly coveted models.

Scott Bader is also the owner of Electric Dreams, located in El Segundo, California, one of the largest slot car stores offering new and vintage slot car racing products in the 1/24 and 1/32 scales. Grab your kids, lock the house, and make a trip to Electric Dreams if you are ever in the neighborhood; they have a giant slot car track that the youngsters will certainly enjoy. 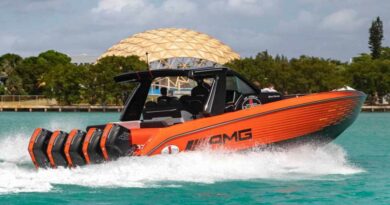 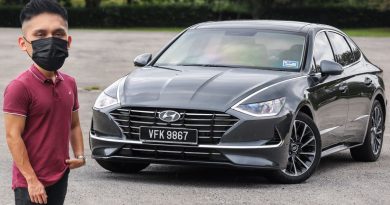 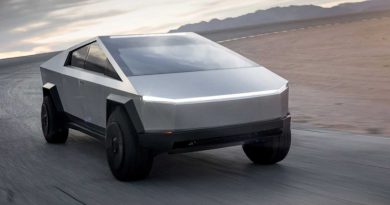