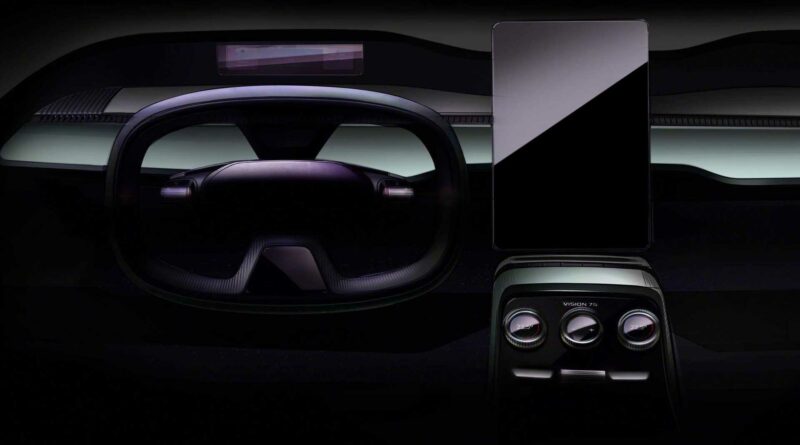 One of the great things about the current Kodiaq and Superb is that they both have Skoda’s previous interior design language with the touchscreens neatly integrated into the center console. The rest of the models have tablets that stick out from the dashboard, and the Czech automaker will take things even further with the Vision 7S. A new teaser image shows a vertically mounted infotainment – a first for the Mladá Boleslav brand.

While traditionalists won’t like this design, they can at least take comfort from knowing there are still separate climate controls rather than being integrated into the XXL display. The rectangular digital driver’s display is easy to read as Skoda has designed a new steering wheel flattened at the top and bottom. It would seem the company known for playing it safe with design and interior layouts wants to be more daring with its next-generation cars.

Being a concept car, it shouldn’t come as a surprise the Vision 7S is purely electric. It has a seven-seat interior with an interesting 2+2+2 layout and a child seat integrated into the full-length center console between the first and two rows of seats. The showcar will pave the way for a fresh design language from Skoda and could preview one of the three EVs coming before the end of 2030. All will be smaller and more affordable than the Enyaq.

The world premiere is scheduled to take place on August 30 when we’ll get a first glimpse of how Skoda has conceived a minimalist yet functional interior. In regard to the exterior, the original teaser released in mid-March hinted at a fairly boxy SUV looking substantially different than the current crop of models.

The new design language is called “Modern Solid” and logic tells us the next-gen Superb coming in 2023 will be the first to have it. The midsize car will once again be sold both as a liftback and wagon whereas its Volkswagen Passat equivalent is believed to come exclusively with a long roof. 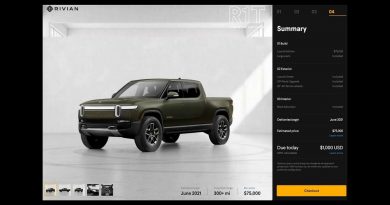 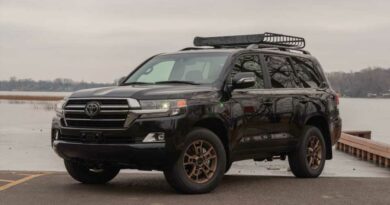 Bring out your dead: Automakers discontinued these cars for 2022 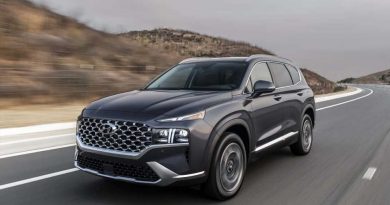