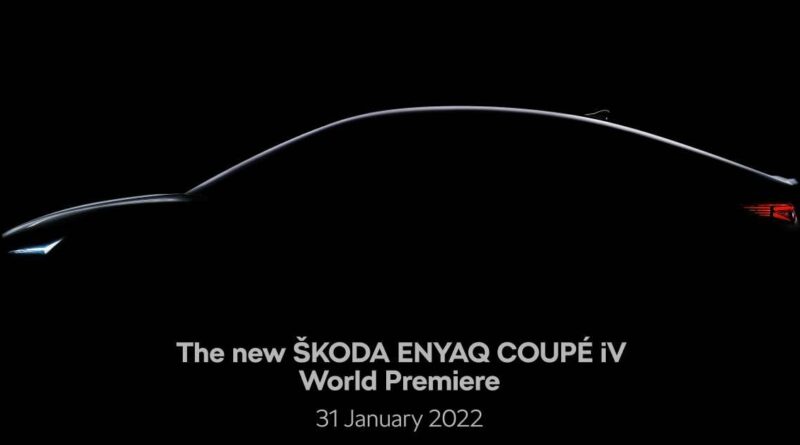 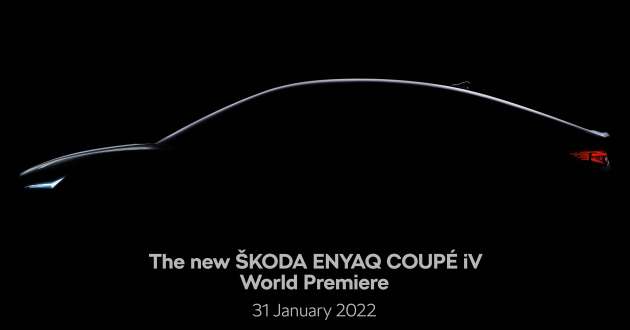 The Skoda Enyaq iV that was launched in September of last year was reported to gain a few fully electric rangemates, and now here’s one of them – the brand has released a teaser for the upcoming Enyaq Coupé iV, which is slated for a public debut on January 31 next year.

Here, Skoda claims a best-in-class drag coefficient of 0.234 for the Enyaq Coupé iV, which it attributes to its redesigned body. Like the Enyaq iV that premiered last year, this sleeker-roofed model is built upon the Volkswagen Group’s Modular Electrification Toolkit (MEB) architecture that made its debut on the Volkswagen ID.3 hatchback.

The Enyaq Coupé iV has also been teased to show its grille, which mimics that on the Enyaq iV in wearing the Crystal Face item, where the new model features 131 LEDs along its vertical slats.

Powertrain specifications are unconfirmed, though it should mirror that of the Enyaq iV which offers a choice of single-motor rear-wheel-drive or dual-motor all-wheel-drive. In that model, the range starts with a 146 hp/220 Nm base model with a 55 kWh battery for a range of up to 340 km. Stepping up to the 62 kWh battery yields 390 km of range, and a 177 hp/310 Nm motor output. 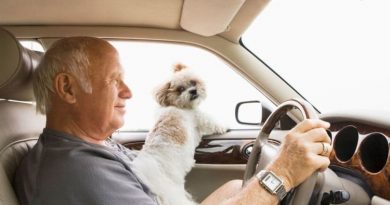 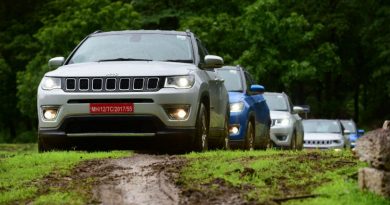 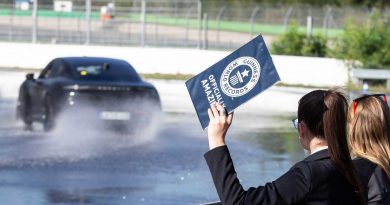