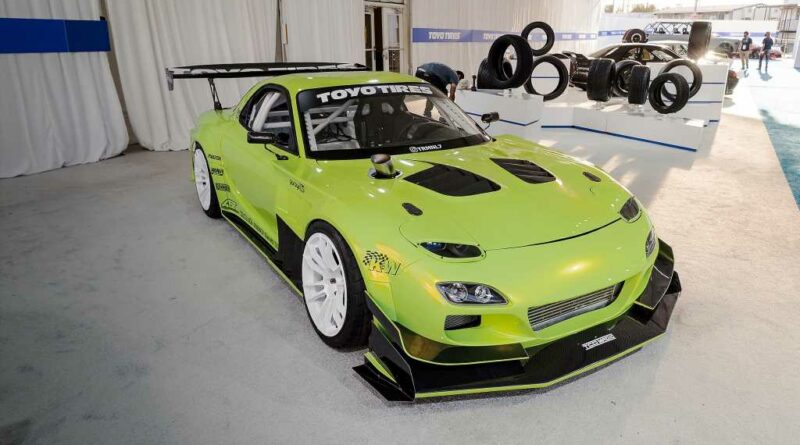 There are some constants with the annual SEMA trade show, some of which are highly publicized in a negative light via social media (sky-high trucks with their infamous “Bluetooth” driveshafts immediately come to mind). Often blown out of proportion through a digital version of telephone, we’re here to tell you that the number of badass builds overshadows those that are less than stellar. In fact, exit the South Hall and you’re met with a carpeted corral packed with high-level builds presented by Toyo Tires.

Strategically placed in a heavily trafficked walkway, Toyo’s Treadpass section, now in its 8th year, has become a destination site for show goers and it’s not hard to figure out why. Both sides of the installment are lined with vehicles from all walks of automotive life, whether it be off-road, Japanese, Euro, domestic, and includes street, show, and race vehicles. In essence, Treadpass serves as its own show within SEMA week.

With the shutdown of SEMA last year due to the pandemic, Toyo decided to go digital with their Treadpass 3Devent, which featured an exceptional line up of vehicles that could be viewed through a virtual tour on their website. With SEMA once again an in-person event, Toyo pulled out all the stops to put together an unforgettable showcase of display vehicles.

This widened 240Z is the vision of Richard Gutierrez, aka Riko, who has a thing for this gold paint color, which is also applied to his jaw-dropping resume of builds that includes an RWB Porsche 993, AE86, and Rocket Bunny S-chassis.

The Z-build came to life at the hands of Marcus Fry Racing with help from @robin_mlo, and the assembly portion of the build, after all of the fabrication and body work were complete, was finished in just 8 days. And yes, it runs and drives, though there are still some finishing touches to add.

You probably don’t think Lexus GS300 when you hear Time Attack but Attacking the Clock Racing is about to change all of that with this competition-ready sedan. All the bells and whistles, this fully custom affair features one-off aero front to back, EVS Tuning side mirrors, fender-exit exhaust, and center-lock wheels to name but a few of its highlights.

Inside, a fully caged cabin replaces the suit and tie feel of the GS, replaced by purposeful pilot’s quarters complete with a Haltech digital cluster and carbon fiber shift paddles attached to a custom dash. Under the hood sits single turbo 2JZ power and we can’t wait to see this beauty in action.

The 3-rotor, Lucky7 Racing ported 20B is fitted with EJ Apex seals, 12.7 mm Garage Life studs and Mazda Trix side clearanced rotors and topped off with a Garrett G42-1450 that hangs from a Turblown Engineering manifold. The result is 1,100 hp transferred through a billet six-speed sequential with Spec Clutch mini triple plate clutch to hold the power.

This topless LC 500 by Lexus Tuned took an already sleek chassis and streamlined it further with Artisan Spirits carbon fiber touches and tonneau cover, and a set of black Titan7 wheels.

Simply put, the Ruffian Cars GT40 is an absolute unit. Hunkered down over custom finished Signature Wheels that measure 19×14 -102 in the rear (you read that right), wrapped in plenty of Toyo R888R rubber and sporting custom touches everywhere, the “Ruffian40” is a spotlight thief.

Fabricator Tim Moceri of Salvage to Savage put his spin on Doc Brown’s time machine. A 5.3-liter LS with quite a bit of custom fab replaces the outdated original V-6, while huge fender flares allow for a wheel and tire package that dwarfs the original DMC rollers. The newly formed arches carry onto the front and rear bumpers and side skirts and are painted black, giving the brushed stainless-steel body a whole new look with a healthy amount of contrast.

It’s been a journey for Brandon Miller, a former Super Street feature car owner who has also contributed photo work to the brand. This Z31-chassis 300ZX has come a long way and there’s really nothing on the car that hasn’t been improved upon, replaced, or carefully modified in some facet. Oh, and the color code you’re asking about is Safari Gold, which looks even better paired with dark, classic RS Watanabe.

Under the rear you’ll find an S14 subframe joined by multiple adjustable arms both front and rear, and Feal coilovers. Lift the hood and you’re greeted by a naturally aspirated RB swap highlighted by one-off carbon Kevlar velocity stacks and the entire bay has been cleaned and cleared of anything deemed unnecessary.

In our pick for the best vehicle nickname of SEMA 2021, this Starlet by Empire Fabrication, known as “Startlet Johansson,” is teeming with details.

The lovable Toyota hatch sports a pristine body with fresh paint and ’80s-vibe graphics and if you look closely, you’ll spot the fuel filler port between the taillights and a side-exit exhaust and heat panel poking out from under the rear quarter panel. 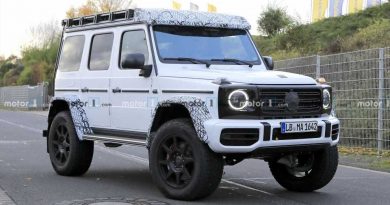 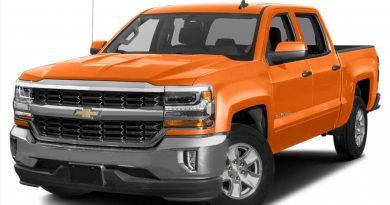