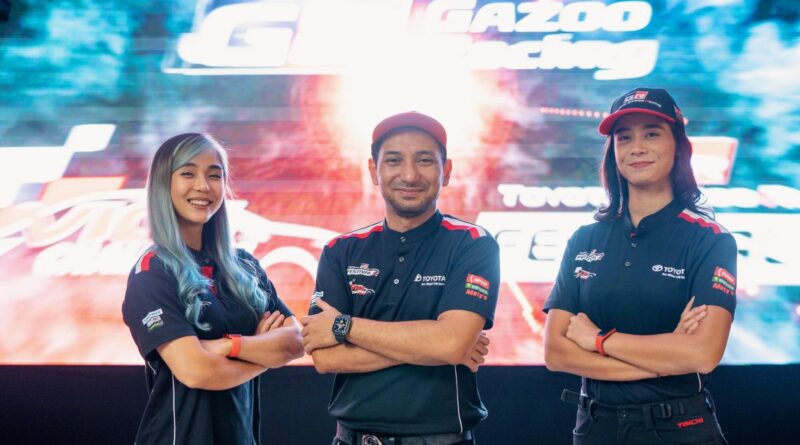 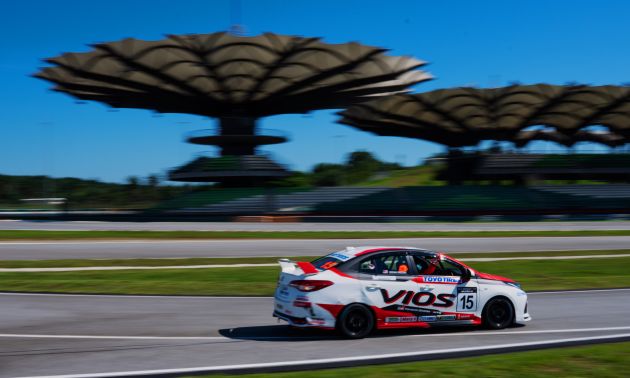 The 2021 Toyota Gazoo Racing Festival and Vios Challenge is back for Round 2, which will be held over this weekend (October 23-24) at the Sepang International Circuit.

The racing is back after a seven month hiatus due to the Covid lockdowns. Round 1 was held in March after a year’s sabbatical due to the pandemic, and it was closed to live fans for the first time since the TGR Fest started here in 2017. This second round of Season 4 will once again go on without the presence of spectators, in adherence to strict SOPs.

The Vios Challenge one-make race now has four classes – the Rookie Class featuring five graduates of the Gazoo Racing Young Talent Development Program who are stepping up from karting and sim racing to racing in a car for the first time; the Promotional Class with 10 local celebrities; the Sporting Class for amateur drivers; and the Super Sporting Class for Malaysia’s best pro drivers.

The battle of the rookies is being led by Naquib Azlan, whose transition from simulator racing to real racing is nothing short of amazing. Naquib won the first two races of the season, just like he always does in front of a screen. In hot pursuit are 17-year-old teenagers Amer Harris and Mika Hakimi. Also in the class are Jwan Hii (18) and Putera Adam (14).

The Promotional Class follows the theme. Actor Zizan Razak also has two wins in the bag from Round 1, and this is the Abang Long Fadil star’s first ever season in the Vios Challenge. The other famous people in the class are actor Shukri Yahaya, my girlfriend Janna Nick, presenter Nabil Ahmad and singers Wany Hasrita, Nabila Razali and Khai Bahar. They are joined by two cool ladies in singer-songwriter Talitha Tan and TV presenter Ahirene Ahirudin. The latter (pic below) finished on the podium in the first two races. 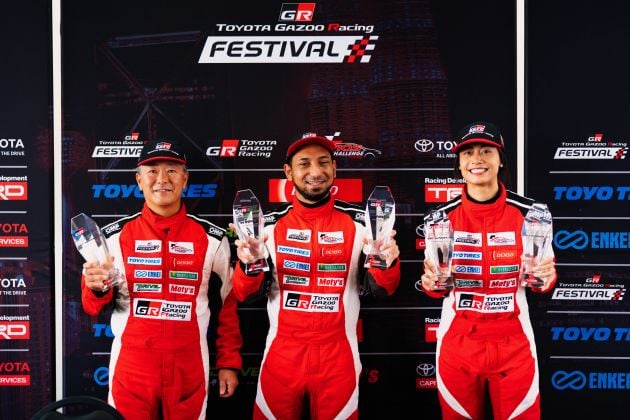 The only class with two different winners from Round 1 is the Sporting Class, with Adam Khalid and Haji Sutan Mustaffa Salihin each with one win. There are 19 drivers in this competitive class.

“We are extremely grateful that the season can continue, and I am sure that all the racers are eager to get back into action. I do not foresee the long break having an adverse impact on their performance, instead like Round 1, the competition will be even stiffer and closer all the way to the chequered flag,” said Gazoo Racing Malaysia’s chief motorsport officer Akio Takeyama, who himself races in the Promo Class (that’s him on the podium above). By the way, Takeyama’s day job is deputy chairman of UMW Toyota Motor, so he’ll be swapping racing suit for business suit come Monday morning.

As with Round 1, all of the action from this weekend will be broadcast live on www.toyota.com.my as well as the Toyota Malaysia and Toyota Gazoo Racing Malaysia Facebook pages. 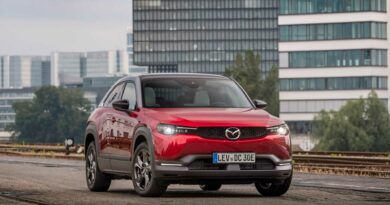 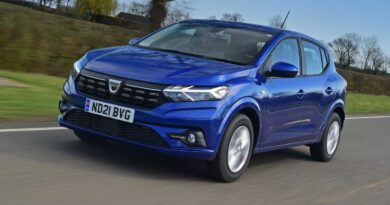 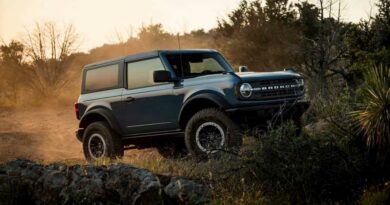