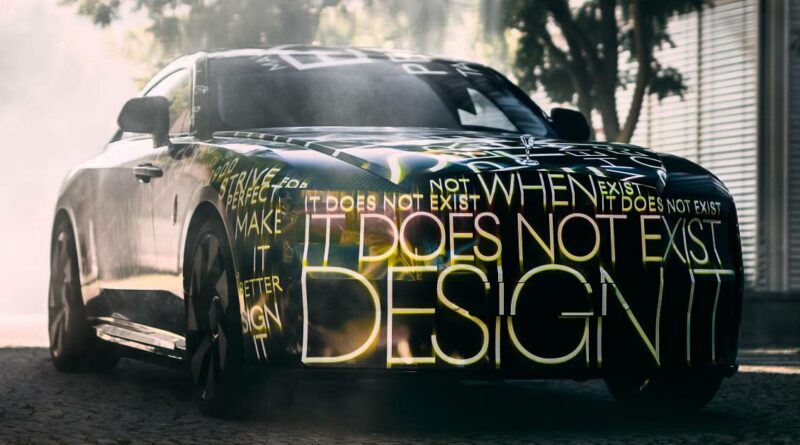 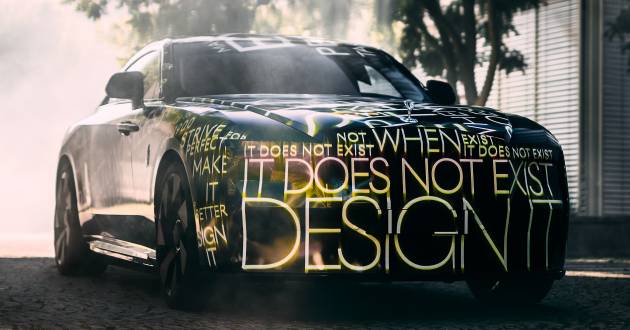 Rolls-Royce has finally released details of its first-ever electric vehicle, which will soon undergo on-road testing before going on sale in the fourth quarter of 2023. Called the Spectre, it fulfills a prophecy made by the marque’s co-founder, Charles Rolls, long ago in 1900, but we’ll get to that later on.

Looking at the development prototype presented, the Spectre takes the form of a two-door coupe that is certainly reminiscent of the Wraith. You’ll also find trademark Rolls-Royce design elements like the Spirit of Ecstasy ornament on a long bonnet and pantheon grille, which are accompanied by rear-hinged doors, strong haunches, aero wheels and what appears to be slim headlamps.

The attention-grabbing wrap masks a lot of the finer details, and if you’re curious about all the words, they are actually quotes made by the company’s co-founder, with the second part of “when it does not exist, design it” dominating the front fascia. If you like what you’re seeing so far, you’ll be glad to know that the prototype’s design is as close to production-ready, Autocar reports.

Beneath the skin, the Spectre follows in the footsteps of the Cullinan, Phantom and Ghost by using Rolls-Royce’s Architecture of Luxury, which is the company’s own scalable aluminium spaceframe platform introduced in 2017. Rolls-Royce CEO Torsten Müller-Ötvös was quick to point out that the new EV is “free of any group platform sharing strategy,” so this isn’t based on any EVs from BMW Group, which owns Rolls-Royce. 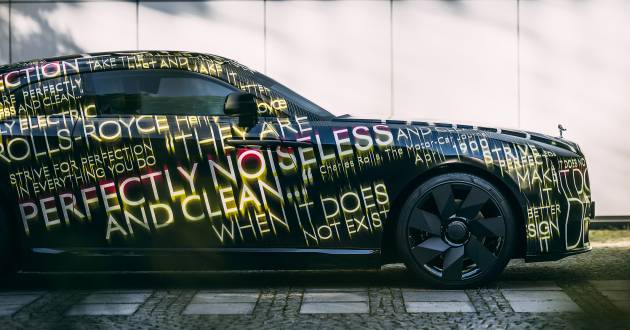 He added that the platform was designed from the start to accommodate an electric powertrain, although exact specifications aren’t being announced just yet. Of course, it makes sense to assume that Rolls-Royce would want its EV to provide at least the same (or better) performance than its existing V12-powered models.

To ensure everything meets the standards expected of a Rolls-Royce, a series of Spectre test cars will be subjected to over 2.5 million km of testing, which is a simulation of 400 years of use. “We will travel to all four corners of the world to push this new motor car to the limit,” Ötvös commented.

On the name chosen, Rolls-Royce says such an important car required something “that is as powerful and evocative as the nameplates that have served us so perfectly for the past century – names like Phantom, Ghost and Wraith. It’s a name that perfectly fits the ethereal and other-worldly environment within which our products exist – a name that we have reserved especially for this moment: Spectre.” 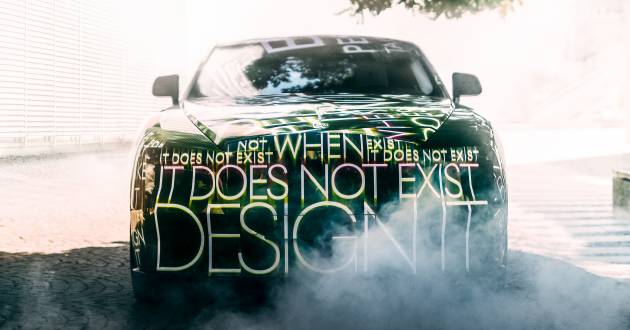 “Spectre is a name given to otherworldly beings synonymous with great power and apparition; creatures of an alternative realm that make their presence felt through fleeting manifestation. A spectre forces the world to pause. It dominates the space it occupies. Then, as quickly as it appears, it dissipates, leaving a wake of exhilaration, energy, and intrigue,” it goes on to say.

As for the prophecy bit, Ötvös highlighted that the use of electric motors is not a new concept for Rolls-Royce. Sir Henry Royce, the company’s other co-founder, was fascinated by all things electrified, and his first venture, named F. H. Royce and Company, created dynamos, electric crane motors and patented the bayonet-style light bulb fitting.

“However, it was Charles Rolls who truly prophesied an electrified future for automobiles. In April 1900, he experienced an early electric motor car named the Columbia and declared its electric drive to be ideal,” Ötvös said. 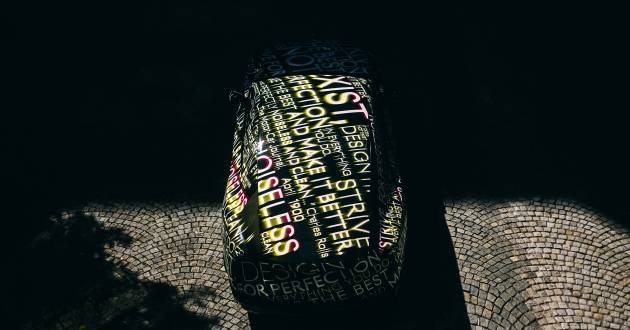 “Rolls said, ‘The electric car is perfectly noiseless and clean. There is no smell or vibration, and they should become very useful when fixed charging stations can be arranged. But for now, I do not anticipate that they will be very serviceable – at least for many years to come.’,” Ötvös added.

“Charles Rolls’ prophecy has been the subject of constant consideration during the marque’s Goodwood era. But we have not been satisfied that available technology could support the Rolls-Royce experience. Until now,” he continued.

Rolling back the years, we have seen Rolls-Royce dabble in the world of EVs before. In February 2010, the company built the one-off 102EX based on the seventh-generation Phantom, which was latter followed by the ultra-futuristic EX103: Vision Next 100 in 2016. The Spectre marks a new era for the luxury marque, which pledged that all its product be fully electric by 2030. 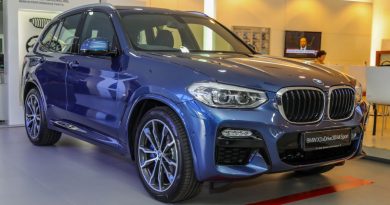 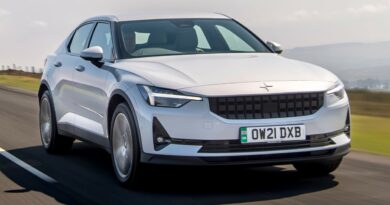 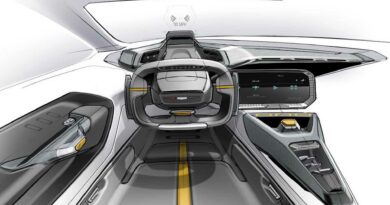