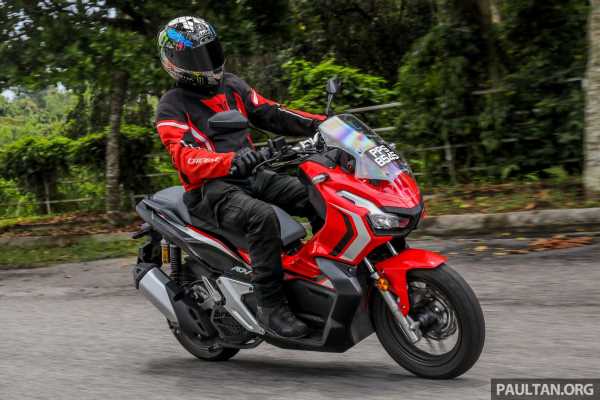 It has been just over a year since the Covid-19 pandemic hit Malaysian shores, and paultan.org motorcycle review division is back with the 2021 Honda ADV150, priced at RM11,999, sans road tax, insurance and registration. It indeed has been a year since the last proper review, with the Movement Control Order putting a damper on reviewing two-wheeled things.

A little hard to properly test a motorcycle when you’re not allowed to move across districts and borders, after all. But when the ADV150 landed in our hands, we simply had to take it on and take it out, because of the interest amongst the Malaysian biking community in this little scooter from Honda.

Over the past few years, Honda has taken some bold directions with their products in the sub-150 cc market, notable examples being the Honda Monkey 125, Grom MSX125 and Supercub 125. Forming a trio of “lifestyle” motorcycles, the latest addition is the ADV150, but curious minds want to know, is it anything like its big brother, the Honda X-ADV with its two-cylinder 750 mill? Tall order indeed, as we had the chance to ride the X-ADV adventure scooter and put it through the paces during its initial Malaysian launch. Under all the plastic of the X-ADV and technological wizardry of the DCT gearbox, we found a very capable touring scooter that could handle light off roading and dish it out in corners of Karak too.

But is the ADV150 what Malaysian riders, especially those in the smaller capacity adventure touring segment, think it portrays itself to be? This is a question we sought to answer as we spent a little time with the ADV150 and determined exactly where this scooter fit into the Malaysian motorcycle eco system, and exactly what it can do. The ADV150 follows the styling of the bigger X-ADV, portraying a rugged, ready-to-cross the desert look. Decked out in Honda’s red, white and black, the ADV150 looks the part complete with angular styling and manually-adjustable two-position windshield.

The LED lighting lighting used throughout, most notably in the front twin headlights, gives the ADV150 a very striking and attractive appearance. There are hints of the CBR1000RR, the Africa Twin and the X-ADV in the ADV150’s design, and it all blends together in an altogether pleasing manner.

Seating wise, the ADV150 is more of a step-over rather than a step-through design like its counterpart in the Honda catalogue, the Vario 150. While not being inconvenient, the hump in the middle is rather pronounced and ladies might want to leave that micro miniskirt at home.

Getting on the ADV150, the rider is settled into the rather firm stepped seat. Seating arrangements on the ADV150 are a prominent two-step affair and the pillion is placed significantly higher than the rider.

In real terms, while riding solo, the rider has place to movement and weight the rear wheel. Riding two-up, space is a little more cramped but acceptable with two full-sized adults on board.

What did take us by surprise was despite being loaded, the ADV150… handled. Not CBR1000RR levels of handling, but the little scoot went around corners like, if not on rails at least with a confidence that belied its small tyre size and wheelbase. Which brings us to the first impression we had of the ADV150. When we first picked it up from Boon Siew Honda, we sat on it and thought, “ho hum.” Blasting it around the tall overpass on Jalan Kuching changed our mind very rapidly as it dipped into the corner quickly and out the other side.

This means riding on the toll highway will present its own particular set of hazards for the ADV150, including the danger of getting run over by express buses, container lorries and random Myvis. Winding the throttle wide open allowed the ADV150 to get to 116 km/h and no more. When compared against its rivals in this segment, specifically the Yamaha NMax 155, performance lags somewhat and it has nothing to do with the 5 cc difference but rather the design limits imposed by Honda on the ADV150’s CVT gearbox. Thus, the environment for the ADV150 is specifically urban riding, and going back to the question of handling, is where the scooter shines particularly well.

Riding the ADV150 in the city, it performed admirably well, though we did find power delivery lagged a little. While we initially didn’t mind it, riding the ADV150 alongside its rivals – a 150 cc scooter comparo follows – revealed some marked differences in acceleration, handling and stopping power, not necessarily all in the negative.

With that in mind, and taking the ADV150 on its own merits, what we have here is a nicely capable and competent city scooter, designed for the urban environment. Right about know, the ADV150 fan boys are going to say, “but yeah, what is it going to be like off road?” We did take the ADV150 off road, and it was a very light off road stint, mainly a sandy stretch of sand on a service road. What we found is, well, you can take it for light dirt duties and your typical estate laterite roads but anything gnarlier than that will tie the ADV150’s suspension into knots.

Taking a few jumps off a hump in the road, the front Showa telescopic forks rapidly bottomed out and we refrained from anything more extreme for fear of blowing the fork seals, while the rear Showa twin shock absorbers with remote reservoirs and only adjustable for preload quickly made their discomfort known at the ADV150 being treated like the Honda CRF250 enduro machine.

Trying to slide the ADV150 across sand and such simply meant the CVT gearbox would bog down as surface friction increased and the centrifugal clutch started to slip. A locked rear wheel power slide is entirely possible as the ADV150 only comes with single-channel ABS but again, despite its looks, the ADV150 doesn’t really like stuff like this. On the other hand, putting a two-wheeler in an environment entirely unsuited for its purpose has been the core of motorcycle riding since the early days over a century ago. Therein lies the fun of two-wheelers, and there is certainly a lot of fun to be had with the ADV150.

So, here’s the takeaway for the ADV150 fan boys with visions of riding it across the border (when the borders open.) It will do the job while the road is paved and will accept a little bit of off road riding but the suspension is designed primarily for the urban environment and really doesn’t like being pushed to the limit – this is fair warning from a rider of some 40 years experience and you do anything more hardcore at your own risk.

But the ADV150 does shine in the city and the overwhelming impression we got was it is fun to ride around. There were few vices in the ADV150’s handling on paved roads and at speed and despite the 14-inch front wheel and 13-inch rear, on the highway the steering was not as twitchy as we expected it to be. Braking wise, the ADV150 more than satisfied us, braking straight and true with no drama, even when fully loaded. As is usual, the linked braking system on the ADV150 activates the front brake with one lever while using the other activates both front and rear brakes and is required for full on emergency braking.

Inside the cockpit, rider accommodations are suitably complete, with the aforementioned adjustable windshield being a useful accessory. The height suited the 168 cm tall author with the shield in the lower position giving almost full exposure to the wind and the tall position putting it in the chest and helmet, but riders standing above that height would probably want to consider something taller and wider.

In terms of the riding ergonomics, the relationship of the rider triangle between the bars, seat and floorboard suited the author, with more than enough leg room to place the feet in a seated position, or feet forward. Under the seat, a 28-litre storage compartment will swallow an open-face helmet, miscellaneous items and not much else.

A small glove compartment in the front cowl holds the rider’s smartphone, house keys and other incidentals, and there is a USB charging port, but a compartment cover prevents anything larger from being stored inside, not even a 500 ml bottle of water. For riders wanting more storage, consider adding a top box while the width of the ADV150 will accommodate panniers but they will stick out a little, something to consider in traffic.

We found the monochrome white-on-black LCD screen a little hard to read in broad daylight, and the multitude of information displayed in small fonts was a little hard to discern at speed. However, the large numerical speed readout and fuel gauge bar on the left was clearly legible in all conditions with a nice touch being a voltmeter.

Other riding conveniences included the smart key system, which we found useful when riding around on a daily basis, with starting the ADV150 or accessing the under seat storage being a matter of turning the knob inside the cowl. For riders used to the traditional key in the lock, a couple of friends found it a little confusing at first but soon caught on to the ADV150’s access system, the friends in question being older riders.

So, who needs a Honda ADV 150? This is, taken overall, a very nicely performing scooter for urban assault duties, with the right mix of looks, handling and braking. Power is a little down and that gearbox design limit on top speed means riding on the toll highways in Malaysia is a case of taking your life in your own hands.

If you are looking for a stylish scooter with looks that depart from the usual “Transformers” or “Retro Euro Chic” styles, take a look at the ADV150. For the author, the current popularity of the ADV150 with a two-month waiting list at Boon Siew Honda Malaysia dealers means waiting in line to purchase one. 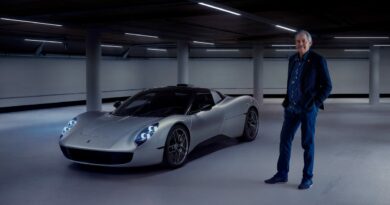 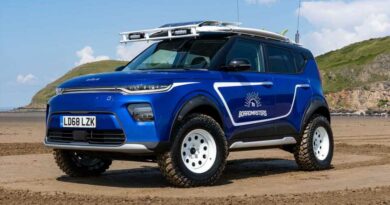 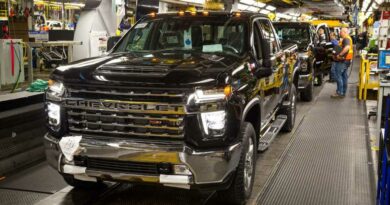