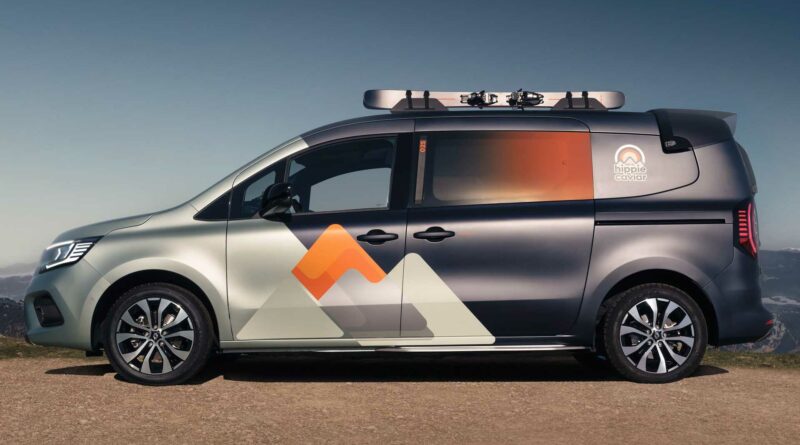 We will have to wait until then to see the interior and get all the juicy details, as the automaker only has photos teasing the exterior. Renault bases the Hippie Caviar Motel on its small Kangoo van. Power comes from a 120-horsepower (90-kilowatt) electric motor, and it gets its power from a 45-kilowatt-hour battery. The company claims the electric camper van can deliver 177 miles (285 kilometers) of range, but the forgiving WLTP cycle numbers aren’t official. The automaker says 30 minutes of charging can add 105 miles (170 km) of range.

The Motel doesn’t sound as posh as the Hotel, which featured a folding bench/bed combination, an extendable bed, and other amenities. The Hotel even featured a rooftop terrace that had seating and a coffee table. Renault modeled it after five-star hotel rooms, which included a concierge service that delivers a shower, charging station, and bathroom to your location.

Renault only mentions the Motel’s folding bench that turns into the bed. The Motel does feature “several smart storage spaces” designed to carry sports equipment. The company offers solutions for inside and outside the vehicle, offering a roof-mounted ski rack that doesn’t interfere with the panoramic roof. The company used recycled materials like tires and cork for the floors, shelves, and other bits inside.

Renault doesn’t say if it has plans to put the Hippie Caviar Motel or Hotel into production. The automaker revealed the Hotel alongside its Trafic SpaceNomad that’s already on the market, which was the first converted camper van available directly from the company’s catalog. The rising popularity of camper vans has other automakers exploring the space, so we wouldn’t be surprised if the brand expands further into the market. Volkswagen has already confirmed it’s preparing an ID.Buzz camper van for sometime after 2025. 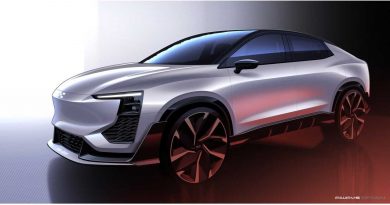 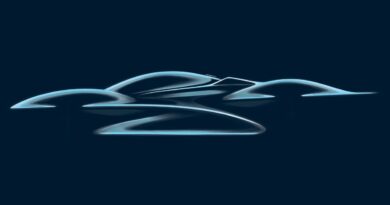