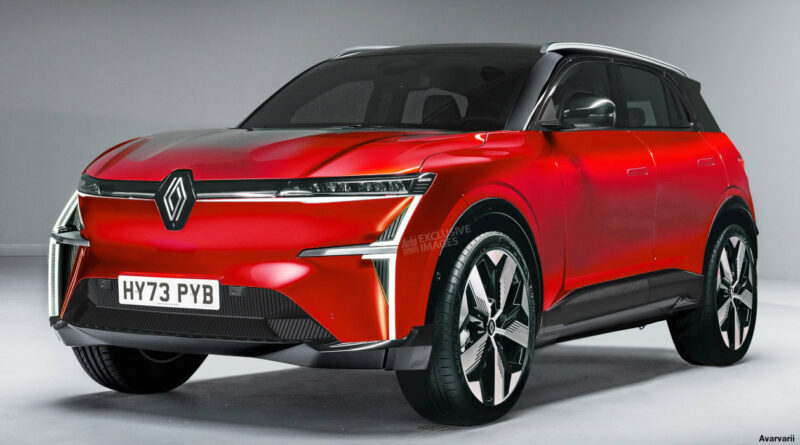 The new electric SUV will sit above the Megane E-Tech Electric, and our exclusive image previews how it could look

Renault will launch an all-new fully electric family SUV that will sit above the recently revealed Megane E-Tech Electric – and we’ll see it at the 2022 Paris Motor Show, according to the brand’s bosses.

Renault’s vice president for engineering, Gilles Le Borgne, told Auto Express that the brand is “already working on a new car in between the Megane [E-Tech Electric] and the Nissan Ariya [with which the Renault will share its platform] for the year to come”.

The French firm’s second electric crossover will sit on the CMF-EV platform and, says Le Borgne, it can be stretched to up to 4.7m long, with a wheelbase of up to 2,780mm.

Renault’s current mid-size combustion-engined SUV, the Kadjar, is 4,489mm long and has a 2,646mm wheelbase, so even if the firm’s all-electric Kadjar replacement is a similar overall length, the wheels will be pushed towards the extremes of the car to improve packaging and maximise space.

This will extend to the battery, which will be mounted in the car’s floor. Le Borgne highlighted that “the line-up could easily fit our 60 [kWh battery]” and that “the maximum energy on board will be 87kWh”.

The latter will deliver a range of around 310 miles, while 130kW DC rapid charging means a 10 to 80 per cent top-up will take 35 minutes, adding around 190 miles of range.

Renault has developed a super-slim battery for the CMF-EV platform. At just 110mm deep, this will help improve the space inside for passengers, maximising the EV platform’s potential; this new SUV should offer more luggage space than the Kadjar’s 472-litre boot, too.

Depending on the battery choice, a front-mounted 215bhp motor will probably power cars fitted with the 60kWh battery, while a more potent 239bhp unit is set to drive the front wheels on the 87kWh model.

However, Le Borgne told Auto Express that, unlike its Ariya twin, the Renault won’t use a rear electric motor to equip the car with four-wheel drive; this will be reserved for the hot Alpine version.

As our exclusive image shows, Renault’s next SUV will follow the latest evolution of the brand’s design, with the new, simple 2D logo sitting in pride of place, splitting the slim LED headlight units and sharp running lights. Flush-fit door handles to reduce drag and improve range will also feature, with smooth surfacing on the doors balanced by sharper lines at the front and lower down.

According to Renault’s vice-president, global marketing, Arnaud Belloni, the car could wear a new boot badge, too. When asked about the Kadjar’s strength as a nameplate or if we could expect to see a new name, given Renault’s heritage, having reinvented the Megane, R5 and (soon) the R4 for the modern era, he said: “We could. The name is simple. Either the car has been a success and you can say, ‘Let’s go for another generation,’ or the saga is already existing. Clio is a saga. Megane is a saga. Espace is a saga. You will be surprised; we will have new names too.”

The omission of the Kadjar name in that series means it’s highly likely that Renault’s next SUV will be called something different. He added that “the rendezvous is next year” so expect the car to go on sale in 2023 after its debut towards the end of next year.

Groupe Renault’s executive vice-president for engineering tells us some of the tech secrets that will underpin Renault’s next electric SUV.

Q: How big will the new car be?

A: “Width is actually very important when it comes to segmentation. You can enlarge the wheelbase, the overhangs, but the width, we can go easily to 1.85m. And of course we can go to 4.7m in length.”

Q: Does that mean we will see a seven-seat version of the new car on sale?

A: “No, it’s not planned to do that. It’s two rows at the moment, but not three rows. It is quite a versatile platform though, and within the seven cars to be announced by 2025 you will have also another car on the CMF-EV platform.”

Q: Does moving towards full electrification mean you can develop cars more quickly?

A: “When we have the architecture of the car, the key features, the business case but not the style, we can go from this concept stage to start of production in 150 weeks. I know how to do it. We have lots of commonality [with EVs], which means we can go fast.”

Q: Why won’t we see a four-wheel-drive version of Renault’s next electric SUV?

A: “It’s not planned on the Renault brand, but it will be on the Alpine brand. It’s a bit early to talk about this car for Alpine, but it will be a really high-end car – four-wheel drive including torque vectoring. It will be a bit different. We are freezing the design and we are quite advanced. But the technology in the platform allows us lots of safety and an agile car; we want to keep this feeling throughout.” 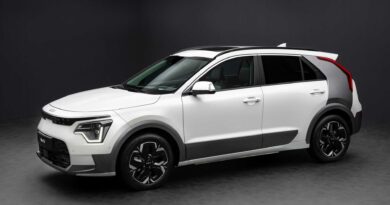 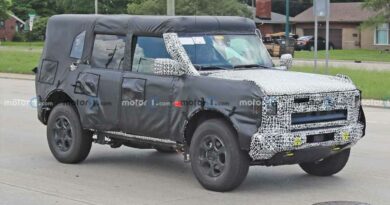 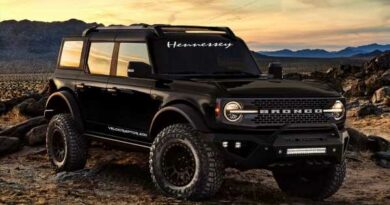