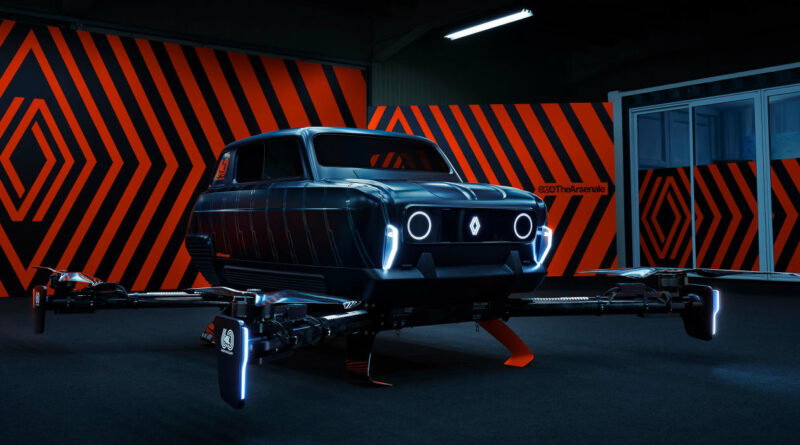 Renault has teamed up with Miami-based design firm TheArsenale to create an electrically powered flying drone called the AIR4.

The idea behind the AIR4 concept is to showcase how a brand icon could be reimagined in 50 to 60 years, and while not confirmed, it could provide hints at the upcoming roadgoing Renault 4, which is due to be relaunched as a small, cheap electric model in a few years.

“AIR4 is a symbol of independence and freedom, born out of the realisation that traffic is compounding, lives are grinding to a halt, and the world above us is unhampered," Renault claims. "AIR4 claims the air as the new road of the future."

The body, which features similar lines to the original 1961 car, is made entirely of carbon fibre. Renault says "hours of calculations and tests" were required to ensure the body's rigidity was sufficient to handle the thrust and lift generated by the drone.

Two-blade propellors feature at each corner of the car, much like a typical airborne drone, and there are no wheels. It's powered by 22,000 amp-hour lithium-polymer batteries putting out 90,000mAh in total, although no voltage is quoted. Total thrust is 95kg per propellor.

The car's chassis sits in the middle of the drone's propellor frames. The driver can access the car by lifting up the car's shell, which is hinged at the front. The interior is described as "utilitarian” but is yet to be revealed.

Renault claims the AIR4 concept has a horizontal top speed of 58mph, is capable of flying at an altitude of up to 700m, and has the ability to tilt up to 70 degrees in flight. It can take off at up to 31mph, but is currently restricted to 9mph for safety reasons. It can land at just under 7mph.

Designed, engineered and built in France, the AIR4 will go on display until the end of the year at the Atelier Renault museum in Paris. In 2022 it will be shown in Miami, New York and Macau.

The Renault 4 is considered to be one of the original "people's cars", with eight million sold in more than 100 countries over a period of 30 years. The last example of the car was produced at the end of 1992.

Click here for our round-up of the best flying car concepts…. 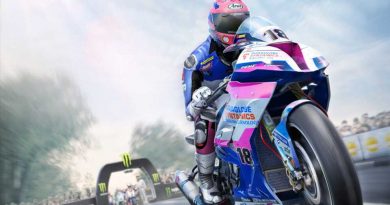 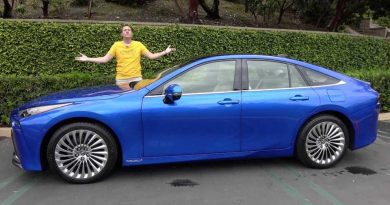 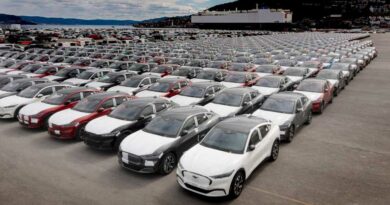