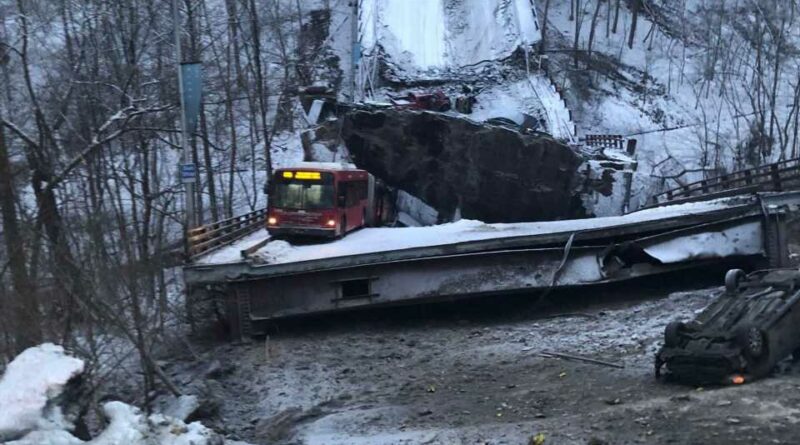 The Fern Hollow Bridge in Pittsburgh, Pennsylvania, collapsed early in the morning on Friday, January 28. A city bus and at least four other vehicles were driving on the structure at the time.

Fire Chief Darryl Jones gave a statement (below) saying that there were 10 people minor injuries, and three of them had to go to the hospital with what the Pittsburgh Public Safety Administration calls non-life-threatening injuries.

The heavy rescue unit responded to the scene and repelled down to the stricken vehicles, which were an estimated 100 to 150 feet below the first responders. A human chain helped pull the victims to safety.

Urban search and rescue crews are on the scene to be sure there are no injured people underneath the collapsed bridge. The Red Cross is also there to provide victim assistance.

The collapse also caused a leak in a gas line, causing the evacuation of nearby homes. Park rangers at the nearby Frick Park and the Public Safety Administration are asking for bystanders to avoid the scene so that first responders have room to survey the situation. The reason for the collapse is still a mystery at this time.

White House Press Secretary Jen Psaki also issued a statement on the collapse saying President Joe Biden is aware of the situation. He is currently in Pittsburgh to give a speech about infrastructure.

Research from the Pittsburgh Post-Gazette found that the Pennsylvania Department of Transportation listed that this bridge was in poor condition. Pittsburgh Mayor Ed Gainey told the newspaper that the last bridge inspection was in September 2021.

The collapse is going to mean major traffic issues in Pittsburgh. The bridge is a connection point between the city’s downtown area and the Eastern suburbs. It’s too soon to know when a replacement for the structure might be in place. 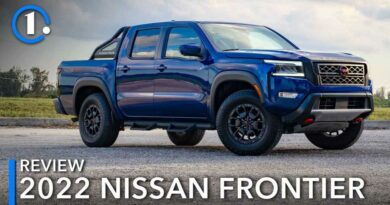 2022 Nissan Frontier Pro-4X Review: Just As Tough, Better Than Ever 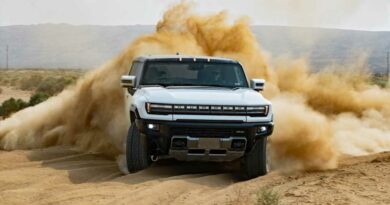 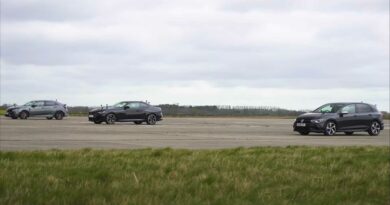