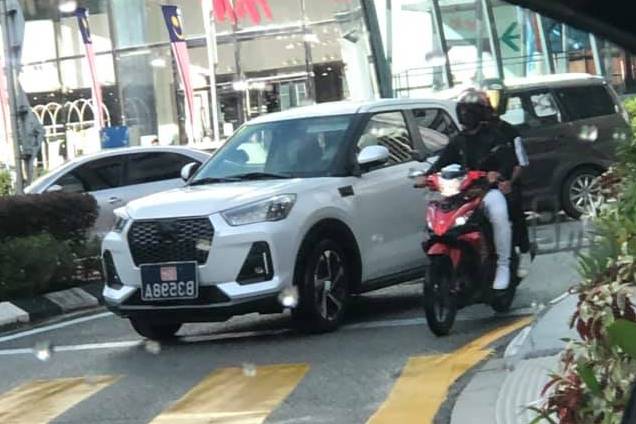 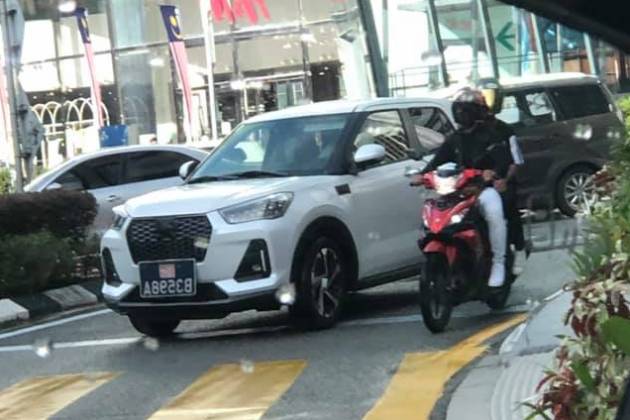 What’s this? Why, it’s the Daihatsu Rocky, inexplicably finding its way onto Malaysian roads. Experienced Klang Valley drivers will no doubt recognise the sights of Bukit Bintang in these images, which were captured by Facebook user Alex Tung and posted in a Chinese-language Perodua Ativa group.

The car is also wearing trade plates belonging to Perodua, as it has previously seen on test units of the Daihatsu Move and Tanto. This suggests that this is yet another evaluator, used to test certain components before they are integrated into local models. But the Rocky is already sold here as the Ativa – complete with its novel turbocharged engine, CVT and active safety systems – so what’s the big deal here?

Except this isn’t any other Rocky. The Daihatsu and Rocky badges are taped up, yes, but so are a number of other badges on the front fenders and tailgate, while the honeycomb grille is different from the slatted item on the regular Rocky. Put these photos side-by-side with some teaser images accidentally revealed by Daihatsu last month and the answer is clear – it’s the Rocky e:Smart Hybrid!

That’s right, the petrol-electric version of Daihatsu’s wildly-popular SUV is being tested in Malaysia a whole month before it is due to be revealed in Japan. It’s clear that Perodua is looking to implement that car’s hybrid powertrain in the Ativa, as it has had a long history of testing features and engines due for the Malaysian market – autonomous emergency braking in the Move and the 1.0 litre turbo mill in the Tanto.

So we’re likely getting the hybrid system sooner or later, which is to be expected given that the government plans to implement the Low Carbon Mobility Blueprint, potentially providing certain incentives to manufacturers of electrified vehicles.

Technical details are scarce, but we know the e:Smart will utilise a version of the WA-VE 1.2 litre naturally-aspirated three-cylinder engine already found in the Rocky in Indonesia, here codenamed WA-VEX. The typical Toyota X suffix means it will most probably be an Atkinson-cycle mill, as is usual for a hybrid vehicle.

This is paired to a hybrid electric system that has reportedly been developed by Daihatsu instead of Toyota. It’s been rumoured that it will be a range-extender system that uses the electric motor to drive the car and the petrol engine as a generator, similar to Nissan’s e-Power and (to a certain extent) Honda’s e:HEV technologies. A Smart Pedal (S-PDL) system will also enable one-pedal driving.

So, what do you think – would you like to see an Ativa Hybrid in Malaysia, and would you prefer it over the turbo model? Sound off in the comments section after the jump. 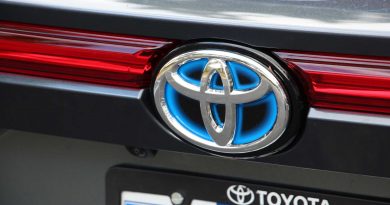 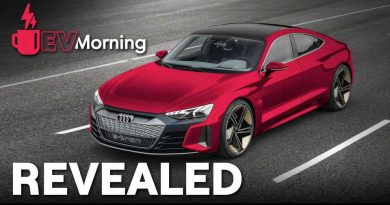