Home » Perodua Ativa – how D-CVT is different to other CVTs – paultan.org 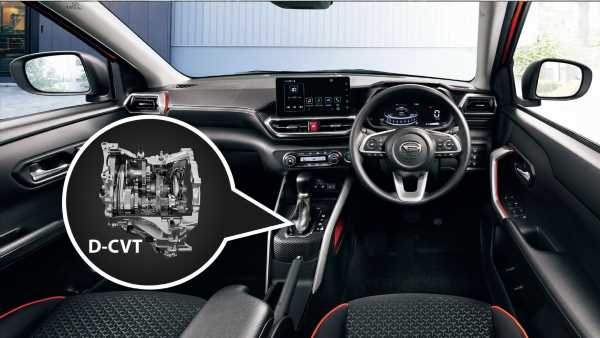 Welcome to part three of our deep dive series into the Perodua Ativa (also known as the D55L), where the focus this time is on the transmission that will be used by the compact B-segment SUV.

Based on all the information we have so far, it’s known that the Ativa will have quite a bit in common with the Daihatsu Rocky and Toyota Raize. This includes the use of the 1KR-VET 1.0 litre turbocharged three-cylinder petrol engine and the Daihatsu New Global Architecture (DNGA), the former of which is paired with a D-CVT.

We’ve already talked about the 1KR-VET and DNGA in parts one and two, so if you want to know more about either of them, just click on the links above. In this post, we’re discussing the Ativa’s D-CVT, which is not only the first for a Perodua model, but is different from a conventional CVT. What does the “D” stand for? How does it operate? Read on to find out. Daihatsu’s full marketing term for its D-CVT is Dual mode CVT, and the transmission first made its debut alongside the DNGA platform with the fourth-generation Tanto kei MPV back in July 2019. At the time, the company claimed the D-CVT was the world’s first split-gear CVT system that combines belt drive with a gear drive, resulting in improved fuel efficiency, acceleration feel and quietness.

The Raize, which shares the same transmission, was publicised as the the very first Toyota model to use D-CVT technology in 2019.

Why a CVT is ideal for small cars

Before getting into what Daihatsu is on about, let’s start with the fundamentals. In a typical CVT, there is an input pulley that is connected to the engine crankshaft through a torque converter (or clutch pack) and an output pulley that sends power to the wheels. A belt (or chain) connects the two pulleys, which can alter their diameters to provide an infinite number of gear ratios.

Without any gears, the stepless transmission allows for smoother acceleration and efficiency, while being smaller in size compared to transmissions that do have gears. This is a good set of characteristics for Daihatsu, as it allows for better packaging in its kei and compact cars.

But there are downsides to a traditional CVT However, there are some downsides, as CVTs typically experience energy losses due to friction (of the belt or chain) as compared to geared transmission. That’s not all, as CVTs bring with them a normal whining sound due to all that belt-on-pulley action, which is more profound when it has to deal with heavy loads like during hard acceleration or high speeds.

Furthermore, a CVT will always want to keep the engine operating within its peak output rpm by varying its gear ratio accordingly, which is why the engine sounds “tortured” as the vehicle gets up to speed, even if it isn’t – that’s just the way it works.

At higher speeds like while highway cruising, the CVT is at its highest possible ratio, which might still result in the engine being at a high rev point that isn’t good for fuel economy. One method to expand the gear ratio range of a CVT is by increasing the size of the pulleys, although this is counterintuitive if the unit has to be small.

D-CVT shifts from belt to gears on higher load Unlike conventional CVTs, Daihatsu’s D-CVT doesn’t just rely on belt drive, but introduces split gears into the mix. As you can see from the cutaway of the D-CVT, there are additional gears and a planetary gear set fitted to the input and output shafts of the pulleys, with a clutch pack to engage or disengage the latter.

In normal operation, when you’re pulling off from a stop and travelling up to low to medium speeds, the D-CVT functions like any other CVT, with the belt drive doing all of the work to get power from the engine to the wheels.

However, when you get up to higher speeds (Daihatsu says between 40-90% driving force in its presentation), the D-CVT shifts into its split mode, engaging the gear drive that provides a more efficient (less energy loss) means of power transmission, while the rotation to the belt drive is decreased significantly.

You can see this transition between normal and split mode in a video by Japan’s Web Cartop above. At low to medium speeds, the belt drive is fully engaged, but at higher speeds, the D-CVT’s clutch pack brings the gear drive into operation, relieving the belt drive.

While both the D-CVT and Direct Shift-CVT have additional gears in them, Toyota’s approach is totally different as it adds on a launch gear that acts like a first gear in a conventional transmission. The launch gear is used when setting off from a stop, before the transmission switches to belt drive like a CVT instead. This was designed to offer a more direct drive connection at low speeds.

In a way, the D-CVT is like a “flipped” version of the Direct Shift-CVT, as gear drive is used at higher speeds rather than for setting off. So, why not just adapt Toyota’s technology then? Well, adding a gear selector to engage the launch gear increases the complexity of the transmission, which could be costly and wouldn’t be suitable for budget vehicles. It’s all facts and figures at this point, as Daihatsu says the split gears allow the gear ratio range of the D-CVT to be extended on both low and high sides from 5.3 to 7.3. On the low side, it has a higher number of short ratios to handle acceleration, while on the other end, high ratios allow it to be better suited for high-speed cruising.

The company notes that a conventional CVT’s gear ratio range is typically equivalent to that of a normal six-speed automatic, but the D-CVT in split mode is closer to an eight-speed unit instead. This is achieved purely thanks to the split gears, as there’s no need to make pulleys larger for a wider gear range ratio. Compared to a regular CVT, the D-CVT in split mode experiences less energy losses as the friction that comes with the belt drive in play is removed. This results in improved transmission efficiency by 12% at 60 km/h and by 19% at 100 km/h.

The engine speed is also reduced by at those speeds by 200 rpm and 550 rpm respectively, so you hear less of the engine at work and benefit from better fuel consumption too. Daihatsu also claims that drivers will have 15% better acceleration feel, which should reduce the “sluggishness” that people feel when using normal CVTs.

Ultra compact, smallest in the world, but with max torque limit of 150 Nm Limitations? Like other CVTs and normal transmissions, the D-CVT is can only handle a certain amount of torque, which is up to 150 Nm. Daihatsu says its transmission is optimised to be used in all models from mini (kei cars) to vehicles with engine capacities of up to 1.5 litres.

So, the effect on driving experience?

To summarise, the D-CVT should offer smooth acceleration up to medium speeds, but with better fuel consumption and a quieter drive at high speeds. It’s more compact, has a wider range of ratios and allows for lower rpms at cruising speeds, with reduced belt friction/slip losses. Perodua claims a class-leading fuel consumption figure of 18.9 km per litre.

However, as you will see in the video above, it still behaves like a traditional CVT on full throttle situations, where it holds on to a very high rev (between 5,500 to 6,000 rpm) under hard acceleration. It does not simulate any gear changes like certain newer CVTs from Toyota and Nissan. Now this is something users will have to get used to, especially if they’re coming from a normal torque converter automatic like Perodua’s own 4AT.

Interestingly, the Rocky and Raize have a Power button on the steering wheel, which remaps the engine and gearbox for quicker throttle response. It’s unclear, however, if the Perodua version will come with the same function.

CVT is the way forward for Perodua With all this information, it is clear that D-CVT is the way forward for Daihatsu and Perodua. It’s a brand new transmission technology designed alongside the DNGA platform, and it will be used in most, if not all new product launches from now on. So, like it or not, D-CVT is here to stay.

While it is unlikely that the current Perodua models will shift from 4AT to D-CVT anytime soon, the next generations models will very likely feature the new transmission, starting with the rumoured DNGA-based new D27A Alza.

So, armed with this info, what do you think of the Perodua Ativa’s D-CVT? 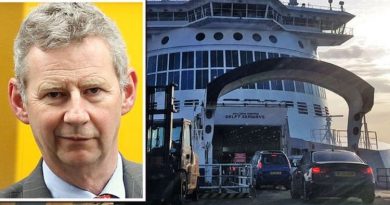 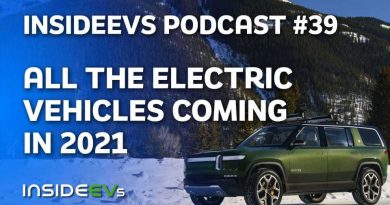 We Preview All The Electric Vehicles Coming In 2021 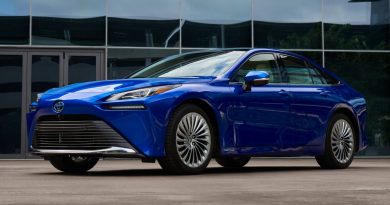