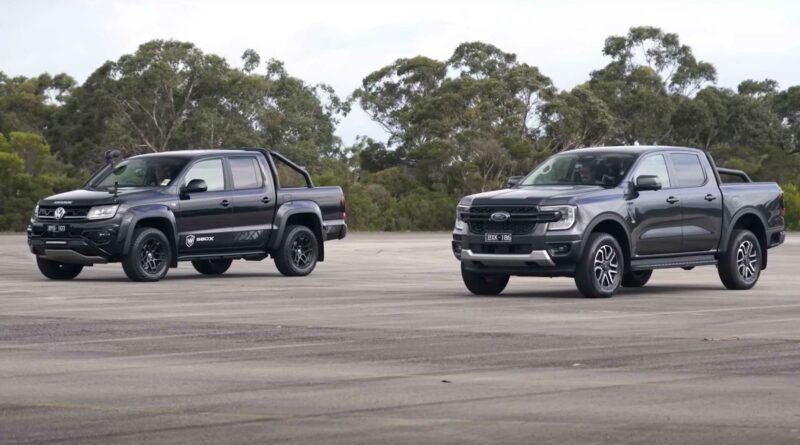 There’s a new Amarok, born out of the collaboration between Ford and Volkswagen. Those who have been waiting for the new Amarok should already know that VW opted to adopt Ford’s Power Stroke diesel engine and 10-speed transmission for its midsize truck. Yes, it dropped the previous TDI V6 and 8-speed torque converter that make more power than the Blue Oval oil burner. Is this a good move for VW? That, we have yet to see.

But to illustrate the difference between VW’s own TDI V6 versus Ford’s Power Stroke V6 diesel (and subsequently the new VW Amarok), CarExpert orchestrated a drag race between the old Amarok and the new Ford Ranger V6.

Of note, the old Amarok’s turbocharged 3.0-liter V6 made 255 horsepower (190 kilowatts) and 428 pound-feet (580 Newton-meters) of torque. It had an overboost feature that allowed the driver to access up to 268 hp (200 kW), which is something that isn’t present with the Ranger.

Meanwhile, the new Ranger turbo 3.0-liter V6 makes a tad less power at 247 hp (184 kW) but more torque at 443 lb-ft (600 Nm). It could have been a tight competition between the old VW and the new Ranger, but the Ford has a disadvantage in terms of weight.

True enough, the old Amarok was quicker than the Ranger in the 1/8-mile sprint, even with the added passenger on the German pickup. It’s quicker on most ends, particularly at a sprint to 100 km/h (62 miles per hour) and with the speed at crossing the mark.

With the VW adopting Ford’s power plant for its new Amarok, the truck is expected to be a bit slower than its predecessor. However, Ford’s DNA has given the nameplate more off-road capabilities than before, so there’s that. 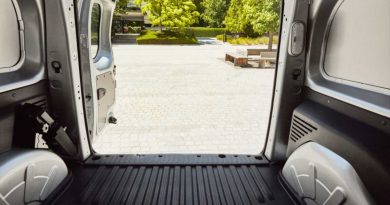 Van security: how to keep your van and its contents safe 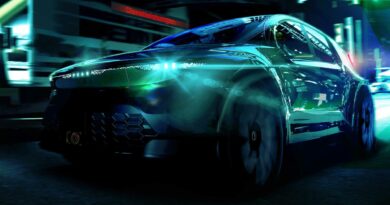 Fisker Pear Shown In Most Revealing Teaser Released So Far