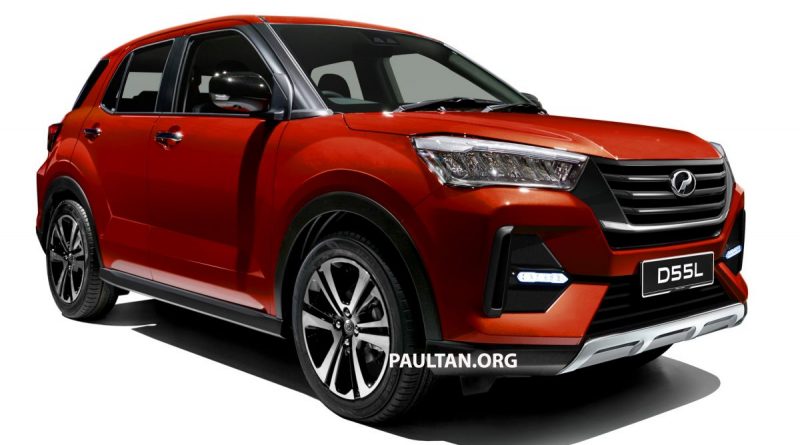 It’s official. Perodua has announced that its much-anticipated ‘D55L’ SUV is now open for booking, at the same time releasing first details on the Daihatsu Rocky-based model. The SUV’s name is still under wraps, but we now know that the D55L will be available in three variants – X, H, AV – at prices estimated between RM62,500 and RM73,400, on-the-road without insurance, with sales tax exemption.

As expected, the D55L is priced higher than the Myvi, which tops out at RM52,697. Prices overlap that of the Aruz (RM68,526 to RM73,226), which is much larger, but also a lot less sophisticated. The Aruz is a budget seven-seater ladder frame MPV with SUV styling, while the D55L is a compact B-segment SUV underpinned by the latest Daihatsu New Global Architecture (DNGA) platform. They’re not using the term, but the D55L is clearly Perodua’s flagship, showcasing the best of what the market leader has to offer.

If you’re surprised by the price, wait till you hear about the features offered. Over the past few years, Perodua has been pushing the safety envelope, breaking new ground with the Myvi’s Advanced Safety Assist (ASA) in 2017. The Aruz of 2019 had ASA 2.0, which widened the operation range of pre-collision features and later found its way into the Axia and Bezza, P2’s entry models. Now, say hello to ASA 3.0, which includes features you probably would not have expected from a Perodua. How about Lane Departure Warning and Prevention, Lane Keeping Assist and Blind Spot Monitoring for reverse and sides? There’s even adaptive cruise control that functions between 35 and 125 km/h.

All these Level 2 autonomous driving kit are exclusive to the top AV variant, and are in addition to the Pre-collision Warning (PCW), Pre-collision Braking (PCB or AEB), Front Departure Alert (FDA) and Pedal Misoperation Control (PMC) already in ASA 2.0. We’re expecting no less than five ASEAN NCAP stars.

ASA 3.0 isn’t the only thing that’s new to the brand. The D55L is also Perodua’s first vehicle with a turbocharged engine, and the first P2 model to adopt a CVT in place of the default four-speed torque converter automatic. Perodua says that the Turbo-CVT combo yields class-leading rated fuel efficiency of 18.9 km/l. No further elaboration on the powertrain other than “downsized forced-induction” and CVT, but in Japan, the Daihatsu Rocky and Toyota Raize twins are powered by a 1KR-VET 1.0 litre (996 cc) turbocharged three-cylinder engine with 98 PS at 6,000 rpm and 140 Nm of torque from 2,400 to 4,000 rpm. If the engine code sounds familiar, it is essentially the turbocharged version of the 1KR-VE used in the Axia and Bezza. The DOHC VVT unit has auto start-stop, which P2 calls Eco Idle.

The third-generation Myvi raised the equipment bar for Perodua – and affordable cars in Malaysia – by many metres in 2017 (still unmatched by Proton today), and the D55L is doing the same in 2021.

There are plenty of new-to-brand (and price segment) toys here – the D55L will have automatic LED headlamps as standard across the range, while H and AV variants add on active headlamps (bending lamps), steering assist lamps (cornering lamps), a seven-inch digital instrument panel and a nine-inch touchscreen infotainment system with voice recognition. At this juncture, let us remind you again that this is a RM70k car.

That’s all that Perodua is officially sharing for now, the key features of the D55L SUV. As for the rest of the kit list, the SUV – being the first model under the Perodua Smart Build blueprint and a “breakthrough model” for Perodua in the areas of style, safety, technology, equipment and value – should build on the Myvi’s equipment.

As for colours, the X and H variants can be had in Glittering Silver, Granite Grey and Cobalt Blue, with the mid-spec H also available in Pearl Diamond White and Pearl Delima Red. AV buyers have the choice of Glittering Silver, Granite Grey, Pearl Diamond White and Pearl Delima Red, plus two-tone (black roof) options for the latter two pearl colours (red and white). A five-year/150,000 km warranty is part of the package.

There has been much chatter on how the D55L compares against the recently-launched Proton X50, although it’s not really an apple-to-apple contest. The Perodua is a smaller SUV (335 mm shorter, 105 mm narrower, 75 mm shorter wheelbase), it has a smaller engine (1.0L vs 1.5L, both are turbo triples) and is more affordable than the X50, which is priced from RM79,200 to RM103,300.

At around RM6k more, the entry-level X50 Standard has engine capacity and body size on its side, but is otherwise trounced by the D55L AV in safety and equipment.

Perodua’s SUV is expected to be launched early next month, and its name will be officially announced then. What do you think of the D55L’s package so far? 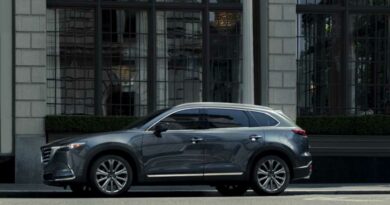 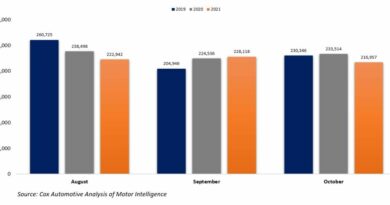 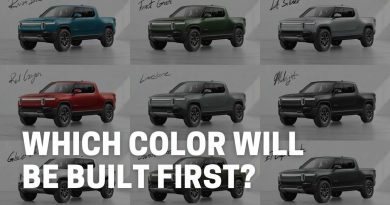 Rivian R1T, R1S Deliveries Are Not Only Based On Pre-Order Date