The company’s financial numbers for Q1 of 2019 are catastrophic.

Nissan has released its financial results for the first quarter of the 2019 fiscal year – and the numbers are not good but we’ll get to that in a bit. The Japanese company has also confirmed through a new press release that it will reduce the number of models in its portfolio by at least 10 percent by the end of the fiscal year 2022.

The move is part of Nissan’s strategic reformation plan that should help the automaker “build an operational base that will ensure consistent and sustainable profitability over the medium term.” Simply put, Nissan will optimize its manufacturing operations and reduce costs in search of a more stable financial condition.

The restructuring plan includes reducing the number of employees by about 12,500 people and also reducing the production capacity by approximately 10 percent by 2022. These major initiatives will come in order for Nissan to “improve product competitiveness by focusing investment on global core models and strategic regional models.”

Nissan sees the launch of electrified and electric vehicles as a major driving force for future growth together with the ongoing rollout and evolution of the company’s ProPILOT driver assistance system. In addition, the automaker will invest in new business areas, similar to the recently-announced exclusive agreement with Waymo.

As far as the financial numbers for the first quarter of the fiscal year 2019 are concerned, Nissan has a lot to think about. The firm generated an operating profit of 1.6 billion yen on net revenues of 2.37 trillion yen, which represents a decrease in the first-quarter net income by 94.5 percent to 6.4 billion yen compared to the same period last year.

“Profitability was negatively impacted by the decrease in revenues and external factors such as raw material costs, exchange rate fluctuations and investments to meet regulatory standards,” the company explained in a press release.

Take a look at the press release section below for more details.

Global total industry volume remained weak during the quarter, and Nissan’s unit sales decreased as the company continued its efforts to normalize sales. Profitability was negatively impacted by the decrease in revenues and external factors such as raw material costs, exchange rate fluctuations and investments to meet regulatory standards.

The following table summarizes Nissan’s financial results for the three-month period to June 30, 2019, calculated under the equity accounting method for the group’s China joint venture

On a management pro forma basis, which includes the proportionate consolidation of results from Nissan’s joint venture operation in China, operating profit was 40.1 billion yen, equivalent to an operating margin of 1.5%, and net income1amounted to 6.4 billion yen.

In Japan, Nissan’s sales decreased 2.6% to 126,000 units. The all-new Nissan Dayz was well received when it went on sale in March, with demand remaining very strong throughout the quarter.

In China, where Nissan reports figures on a calendar-year basis, unit sales increased 2.3% to 344,000 units, representing a market share of 5.7%, a 0.7 percentage point increase from the comparable period in the prior year. This was driven by strong demand for models including the Sylphy sedan and Qashqai and X-Trail crossovers, as well as Venucia-brand models such as the T60 crossover.

In other markets, including Asia and Oceania, Latin America, the Middle East and Africa, Nissan’s sales decreased 13.1% to 174,000 units.

Nissan is implementing strategic reforms in order to build an operational base that will ensure consistent and sustainable profitability over the medium term.

The company is moving quickly to optimize cost structures and manufacturing operations, while also enhancing brand value, steadily refreshing its lineup and achieving consistent growth globally, including in the U.S.

To improve its overall utilization rate, Nissan will reduce its global production capacity by 10% by the end of fiscal year 2022. In line with production optimizations, the company will reduce headcount by roughly 12,500. Furthermore, the company will reduce the size of its product lineup by at least 10% by the end of fiscal year 2022 in order to improve product competitiveness by focusing investment on global core models and strategic regional models.

While some of these initiatives are already underway, the company expects that substantial improvements in its performance will take time.

As a driving force for growth and transformation, the company will leverage its Nissan Intelligent Mobility vision as a core strength in continuing to make substantial investments in technologies that will strengthen the product competitiveness. This includes the ongoing rollout and evolution of the company’s ProPILOT driver assistance system, as well as the launch of vehicles with electrified powertrains, including e-POWER models and battery-electric models, in new markets.

Additionally, Nissan will continue to expand into new business areas, as demonstrated by the recently-announced exclusive agreement with Waymo to explore driverless mobility services in Japan and France, and public field tests of new mobility services with DeNA. 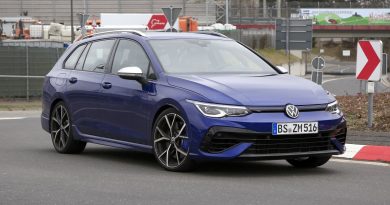 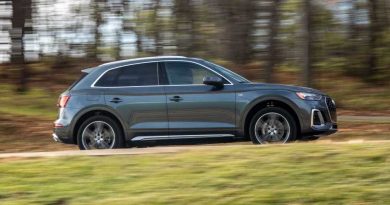 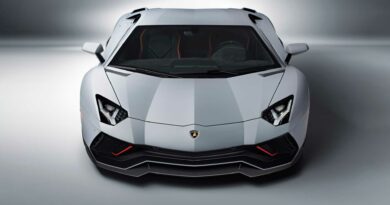 Lamborghini To Unveil A New Model This Summer