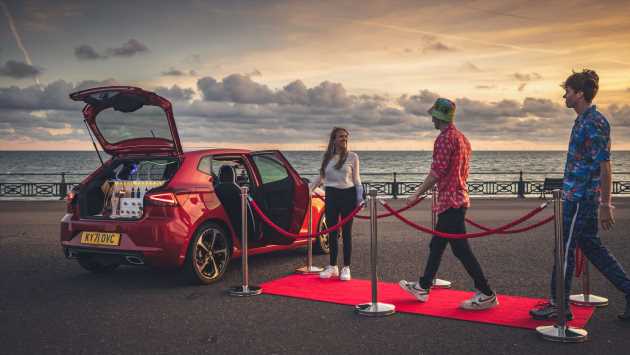 It seems SEAT’s engineers still have a bit of pent-up energy from the coronavirus lockdown, as they’ve converted the Ibiza supermini into a tiny mobile nightclub.

The Spanish brand enlisted the help of DJ Woody Cook for the concept, and drew inspiration from the notoriously party-prone island after which the hatchback is named.

Music is the most important part of any nightclub, so SEAT has mounted a set of mixing decks on the dashboard ahead of the front passenger. They’re connected to the Ibiza’s 300-watt Beats audio system – and the track being played is displayed on the car’s 9.2-inch infotainment screen.

Other additions include some extra LED lights and strobes for the cabin, and a built-in mocktail bar for the Ibiza’s boot, with a full complement of bar equipment and drinks.

SEAT has even designed its own nightclub sign for the Ibiza’s doors and, once the car is parked, the driver can roll out a red carpet complete with more LED lights and a velvet rope.

Woody Cook said: “It may not be the largest crowd I’ve ever seen, but the ability to DJ in any location at any time means the possibilities are endless! From Brighton beach to the Scottish Highlands, the only limiting factor is your imagination.

“Having a car is one of the most liberating experiences to begin with and having it kitted with such an awesome setup brings the musical experience to that same level of freedom and expression. Ibiza has never been so portable!”

The facelifted SEAT Ibiza on which the concept is based went on sale earlier this year, with a handful of styling tweaks and a host of technology improvements.

SEAT’s biggest changes to the updated Ibiza are inside, with the firm now offering a new 10.25-inch digital instrument cluster and a choice of two new “floating” infotainment screens for the dashboard, measuring either 8.25 inches on the SE model or 9.2 inches for SE Technology variants and above. Prices for the updated supermini start from £16,790. 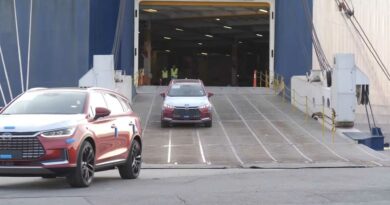 Volvo-Geely merger talks to resume in Q1 next year – paultan.org 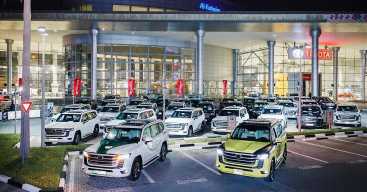