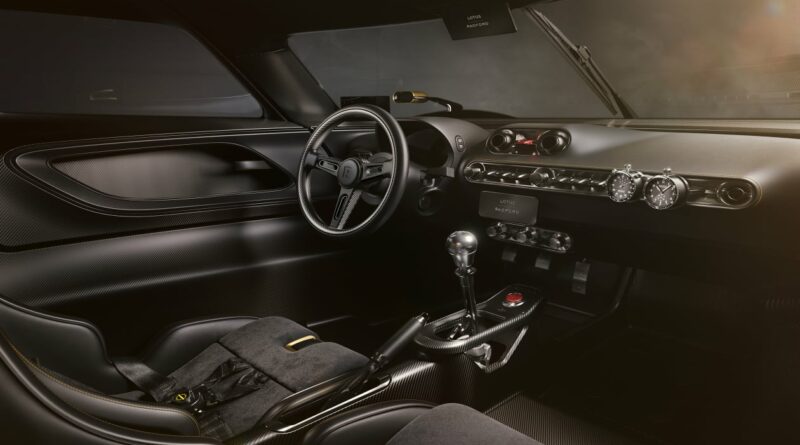 Radford unveiled the Type 62-2 back in August. However, the windows on the company’s show car were blacked out, meaning we couldn’t see the cabin.

That’s all changed now, though, because the reborn coachbuilding company has pulled back the curtain on the sports car’s cockpit, giving us our first look at its interior design.

Like the rest of the car’s styling, Radford says the Type 62-2’s interior takes inspiration from the original Lotus Type 62 racer from 1969, with the slimline three-spoke steering wheel and feet-up driving position being the most obvious nods to the past.

The analogue clock and stopwatch being mounted on the passenger-side of the dashboard (a bit like they would have been in an old road racing car) is another design touch from yesteryear, and the gauges themselves are rather special because they’re made by the British luxury watch brand Bremont.

Ahead of the driver, there’s a carbon fibre steering wheel and a digital instrument panel. It’s flanked by two screens on either side of the dashboard that take images from the two cameras mounted on the car’s front wings, replacing conventional side mirrors.

This seems awfully high tech (and rather out of place) in what’s essentially a very expensive nostalgia trip, because everything else in the cabin is operated using traditional toggle switches, and Radford has even designed an exposed linkage for the manual gear stick.

Production of the Radford Type 62-2 is due to start this year. Just 62 examples will be built, and each will be customised to suit its owner’s taste. Radford says it offers so much scope for personalisation that every car will be unique.

Radford offers three starting specifications, which extract gradually increasing levels of performance from the sports car’s 3.5-litre V6 engine. The entry-level Classic variant is designated as the purist’s option, and comes with 430bhp and a six-speed manual gearbox.

The Type 62-2 Gold Leaf wears the same iconic red-and-white livery as Graham Hill’s 1968 Lotus Type 49B Formula One racer. To back up the racy looks, it also gets a more potent 500bhp version of the Lotus V6, which is backed up by a seven-speed dual-clutch gearbox.

In the near future Radford will also launch a “JPS” version of the Type 62-2, which produces 600bhp. As the name suggests, it’ll also wear the same black-and-gold John Player Special livery that featured on Emmerson Fittipaldi’s championship-winning Lotus Type 72D F1 car, since Radford recently secured the rights to the artwork.

The Radford coachbuilding firm was brought back from the dead, thanks to fresh investment from Jenson Button, TV personality Ant Anstead and designer Mark Stubbs.

Mark Stubbs commented on the design of the Type 62-2’s cabin, saying: “I always ask myself, what would Harold have done? Radford embraces and amplifies what the original manufacturer would do. We build up on it.

“We’ve got the same milled and turned finish from the body of the clocks in our switches, so we’ve really integrated them and embraced what Bremont has crafted into this design. The analogue displays are a beautiful homage to the era of the Type 62-2 and its heritage. We want the driver to feel 100% focused on the joy of driving.”

The Type 62-2 uses a Lotus chassis, although Radford has made a few changes to suit both the car’s styling and increased performance. It uses the same bonded aluminium chassis as the outgoing Lotus Elise and Exige, and features a new body that’s made from carbon fibre composites. The cabin is also supported by a new carbon fibre crash structure that incorporates a roll-over hoop and strengthening for the firewall and windscreen.

All of this lightweight engineering means the Type 62-2 tips the scales at around 1,000kg – meaning even the least powerful model has a good enough power-to-weight ratio to keep up with the current crop of supercars.

There’s also a custom made tubular rear subframe, which Radford says improves the car’s rigidity and cornering performance. However, it serves an aesthetic purpose too, because it’s visible from certain angles when viewing the car from the rear.

The Type 62-2’s underside is completely flat, and is designed to channel air towards the rear diffuser to generate downforce. That means the Classic variant can get away without using a spoiler, while the faster versions need only a pair of small ducktails.

The chassis setup also differs slightly between each model. The Classic variant comes with staggered alloy wheels measuring 17 inches up front and 18 inches at the rear. The car also sits on adjustable suspension and Michelin Pilot Sport Cup 2 tyres. Braking is handled by a set of four-pot AP racing calipers and iron discs, while the rear end is kept in check by an electronic stability programme designed by Bosch.

The 500bhp Gold Leaf variant gets lighter two-piece forged aluminium wheels, which are an inch larger in diameter on each axle, as well as a motorsport-derived traction control and ABS system that has been calibrated with the help of Jenson Button.

To cope with the extra performance, the Gold Leaf’s engine also gets a few upgrades, such as stronger con-rods, new pistons, more aggressive camshafts and a remapped ECU. Every version also comes with a titanium exhaust system.

The 600bhp JPS model will have the same chassis setup as the Gold Leaf, but with even lighter carbon composite wheels, monobloc calipers and carbon-ceramic brake discs. There’ll also be a larger rear diffuser and front splitter to generate more downforce.

For such a modern recreation, there are plenty of similarities between Radford’s Type 62-2 and the original Lotus racer, including in dimensions: it stands just 1,133mm tall. In profile the car looks near-identical to the Lotus original, right down to the doors, which are both high-waisted and cut into the roof panel.

The sports car’s LED headlights have been designed to look like the classic Lotus, although Radford has added a modern touch at the rear with a connecting LED bar between the two clusters.

Radford is also adamant that its clients will be able to use the Type 62-2 every day. Buyers can spec an optional nose lift system to allow the car to get over speed bumps, along with a custom luggage set from Mason and Sons, which slots under the front clamshell.

Radford will work with each customer on the design of their car, allowing them to pick upholstery finishes, paint colours and even make physical changes to the car’s bodywork with bolt-on aerodynamic components. The bespoke nature of each vehicle means that there is no publicly available price.

Now check out our insider story on the UK’s other leading coachbuilder, David Brown Automotive… 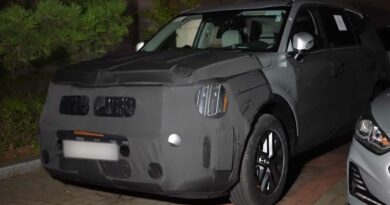 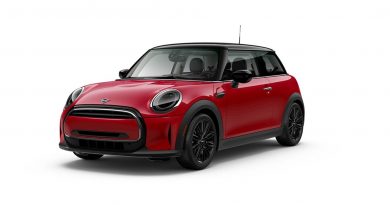 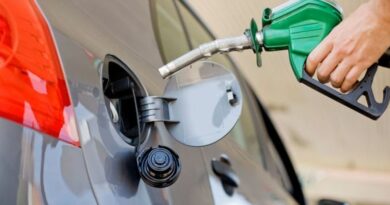