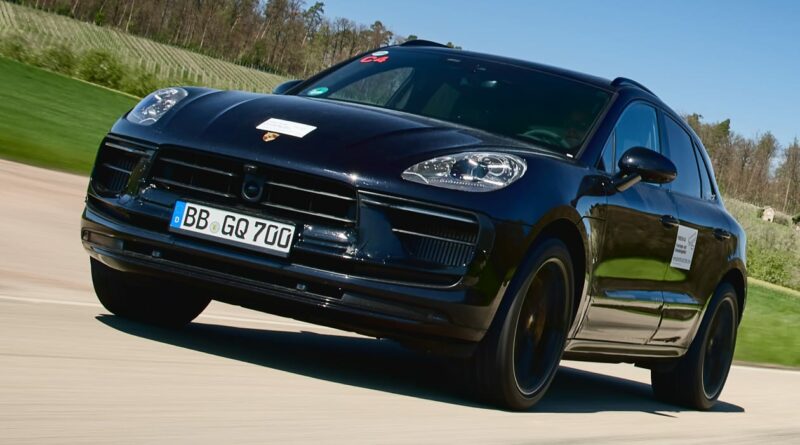 The Macan is still fighting fit when it comes to dynamic ability, especially in GTS form, the range-topping model in the facelifted range. It’s more focused than ever dynamically and is still one of the best handling and engaging SUVs you can buy, yet refinement and ride comfort is great too. The extra performance has helped keep the Macan feeling fresh, even if the styling isn’t all that different – the small interior updates have helped here, though, injection some extra appeal before the all-electric Macan makes its debut soon.

We’ll see an all-new, all-electric Porsche Macan make its debut in the not-so-distant future, but before Porsche turns to the new PPE platform it’s developing in conjunction with Audi for the forthcoming Macan EV, it’s yet again facelifted its best-selling model, adding more power for all engines, a refreshed interior look and some even more subtle styling tweaks outside compared with the previous mild facelift. It’ll be on sale alongside the Macan EV.

If it weren’t for the camouflage film on our test cars you might mistake this for the previous car. However, inside it’s a little more different. There’s a new glass-look centre console similar to the Taycan’s, featuring touch-sensitive buttons. There’s also a smaller gear selector which has allowed for larger storage compartments to boost practicality; it boasts the 911’s sporty steering wheel too.

However, the Macan still doesn’t feature a digital dashboard, with analogue instruments for the speedo and rev counter (although the latter is a trademark Porsche trait and wasn’t even replaced in the 992-generation 911).

The engine line-up has changed too, so the entry-level 2.0-litre four-cylinder turbo unit sourced from the VW Group now produces 20bhp more than before, at 261bhp in total. With 400Nm it’s also 30Nm up on its predecessor.

It’s still crisp and swift enough. However, buyers might want a more stirring soundtrack in a sporty, premium SUV like the Macan, which the V6-engined Macan S caters for. The 2.9-litre turbocharged unit now produces 375bhp and 520Nm, gains of 26bhp and 40Nm over the previous S.

At the top of the tree is the GTS, which uses the same basic 2.9 unit tuned to produce 434bhp and 550Nm – a whopping 59bhp and 30Nm more than before. In fact, this is more power and the same amount of torque as the original Macan Turbo, showing how the model has progressed over the years.

It might be seven years old and based on the older VW Group MLB platform, but the Macan’s chassis is still superb. PASM adaptive dampers with a 10mm lower ride height are fitted, while the air suspension set-up is around 10 per cent stiffer at the front and 15 per cent firmer at the rear.

The GTS comes with a new optional Sport Package. There’s Porsche Torque Vectoring Plus to boost the already impressive agility and grippy performance tyres that wrap 21-inch RS Design alloys to make the most of the chassis tech.

It clings on in corners like few SUVs can match, with the kind of responses to your inputs Porsche’s sports cars are known for, albeit dulled slightly in the bigger SUV body. It’s still a fantastic handling machine though. Refinement is also as sound as ever, cruising at high speed on the German autobahn without much noise, so the Macan should take British motorways in its stride. But the twistier the road gets the better the Macan is.

Performance in the GTS is thumping too, with overtakes easily dispatched, the seven-speed PDK dual-clutch automatic gearbox slicing through ratios quickly and smoothly. Porsche hasn’t issued any performance figures just yet – we’ll have to wait for the car’s full unveiling to see those numbers – but the GTS’s extra performance means it will easily eclipse its predecessor’s 4.7-second 0-62mph time when equipped with the Sport Chrono package.

Otherwise, the interior updates have smartened up the Macan’s rather button-heavy appearance, while the 10.9-inch infotainment system still works well though. Without any major changes to the body practicality remains acceptable, with a good level of passenger space in the rear and a 500-litre boot. 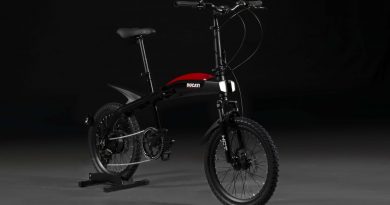 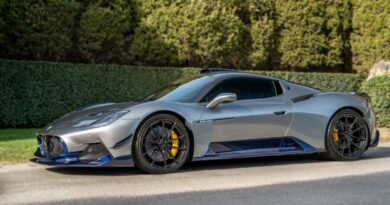