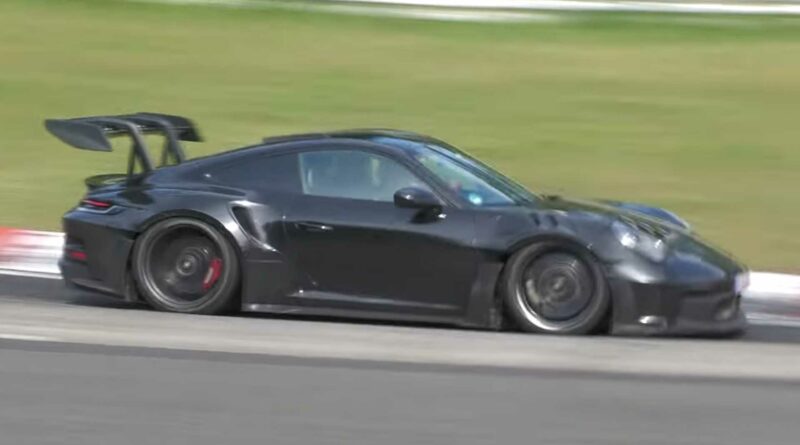 The new Porsche 911 GT3 RS should debut before 2023 arrives. A new video from the CarSpyMedia YouTube channel captures the coupe testing at the Nurburgring race track without any camouflage covering it up. From what we can see, the car looks ready for production, but we don’t have a debut date just yet. However, the car isn’t a complete mystery to us.

The new GT3 RS will allegedly arrive packing a naturally aspirated 4.0-liter flat-six engine delivering a rumored 520 horsepower (383 kilowatts) that’s capable of revving to 9,500 rpm. The last RS made 520 hp, and this new one should at least match it. The engine makes 502 hp (374 kW) and 346 pound-feet (469 Newton-meters) of torque in the standard GT3. We expect Porsche to install a dual-clutch gearbox between the engine and the wheels.

The car builds off what we see on the regular GT3, adding more aggressive aero bits. At the front, a pair of vertical fins on either side of the bumper enhance its aerodynamics. Along the side, the 911 receives front fender vents, additional aero behind the front wheel, and an intake in the rear fenders.

A massive, swan-neck wing dominates the 911’s rear, which also wears a small lip spoiler and an aggressive rear bumper with aero fins located behind the rear wheels. Underneath it is a small diffuser and a pair of exhaust pipes sticking straight out the back. Some previous test vehicles had downward-facing exhaust pipes, but this one does not. The GT3 RS should be available with a variety of options, including different brake packages.

Porsche hasn’t dropped any hint about when it’ll reveal the new GT3 RS, but it should be soon. The new video shows the coupe without camouflage, and it looks ready for showroom floors. Porsche certainly has little left to hide, so we hope a reveal is right around the corner. The car looks and sounds great, but we need the specs and price tag. Porsche should begin deliveries later this year. 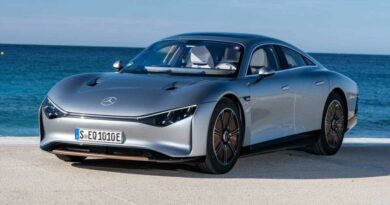 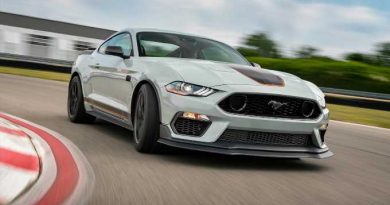 ‘Disgusting’: Driver furious after being hit with ‘ridiculous’ fine for parking over line