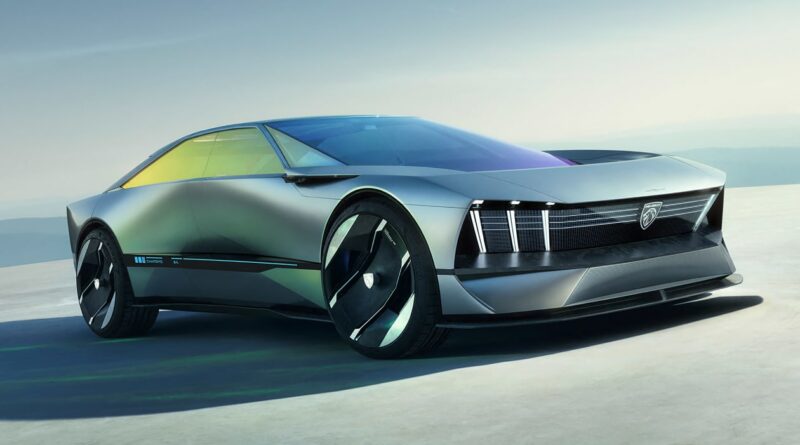 The Peugeot Inception concept has been revealed at the Consumer Electronics Show 2023, with the sleek new saloon show car highlighting an exciting vision for the brand's future and outlining initial details of parent firm Stellantis's forthcoming STLA Large platform.

As the name suggests, STLA Large will accept sizeable vehicles, and those at the upper end of Peugeot's line-up in the future. As a result, the Inception is five metres long, with the car's size “deliberately chosen to highlight the many innovations of this manifesto.” The Inception is set to inspire future products, down to the most compact models in the range, from 2025.

Mounted between the Inception's lengthy wheelbase is a 100kWh battery, which the French brand claims is good for a range of 800km (497 miles). The battery supplies a pair of compact electric motors – one mounted on the front axle, the other on the rear for all-wheel drive – with a combined total output “close to 670bhp”, according to Peugeot. This is good enough for a claimed 0-62mph time of less than three seconds.

The new platform's 800-volt tech (a first for a Peugeot EV) means it's not just the Inception's straight-line performance that's rapid, as Peugeot claims that 18 miles of range can be added in just one minute, with as much as 93 miles of range pumped back into the battery in just five minutes, although the brand has not yet outlined a definitive maximum rapid charging rate.

The Inception's design takes Peugeot's typical styling cues and evolves them for a new era, with a “feline stance” that features a pair of upright, three-bar running lights at the front framing a new blanked-off grille that houses the car's various sensors needed for its driver assistance systems. There's a similar arrangement at the rear for the tail-lights, framing a smooth rear glass panel.

Peugeot says the Inception's simpler and more refined design language will be rolled out across its range from the middle of the decade, so expect to see the concept's mix of sharp, geometric lines and softer, more muscular surfaces in road-going form in the near future.

It's unlikely that the car's 'smart glazing' will be adopted on any future production model in quite this form (the Inception features 7.25m2 of glass designed for architecture, featuring improved thermal properties, hence its iridescent reflections), but it's not the end of the car's tech.

The Inception's doors feature a horizontal 'Tech bar' that can display messages to its surrounding environment, such as a hello or goodbye gesture, or the car's remaining range. Artificial Intelligence can also recognise an approaching driver to set up the seat position, temperature, driving mode and multimedia preferences, too.

Inside, the Inception features the latest generation of Peugeot's i-Cockpit set-up with a crucial new piece of technology, called Hypersquare. This rectangular steering wheel features digital electric controls and a screen in each of its four corners. These touch-sensitive panels mean the driver doesn't have to take their hands off the wheel to control the car's main functions. Peugeot is aiming to introduce the Hypersquare to its production models by the end of the decade.

The Hypersquare works in conjunction with a smart Halo Cluster screen mounted behind it; Level 4 autonomous driving is installed as part of Stellantis's STLA AutoDrive functionality, and when this is engaged the Hypersquare retracts into the dash and a large panoramic screen emerges from the floor, changing the environment and user experience.

Peugeot has rethought its approach to interior design with the Inception, with the cabin layout diverging from convention significantly. Wider seats that feature technology that adapts to occupants' body shapes are claimed to deliver more comfort, while the low-line dashboard with controls relocated lower down helps to improve forward visibility and the feeling of space, the brand claims.

Moulded textiles, raw steel, velvet and 3D-printed materials have all been used for the Inception's trim, creating a mix of textures, with Peugeot Design Director Matthias Hossann commenting:

"Peugeot is changing, but the Inception concept remains unmistakeably a Peugeot. It expresses the timeless feline attraction of the brand and shows how optimistic we are about the future of the car and the emotions it provides.

“Bright and full of light, the Inception concept reinvents the spatial experience of driving while illustrating some of our thinking behind reducing Peugeot's carbon footprint by more than 50 per cent by 2030. The transformation of the Brand concerns all aspects of the design, production and life of tomorrow's Peugeot. Design is an integral part of this transformation.”

Take a look at the greatest concept cars ever made… 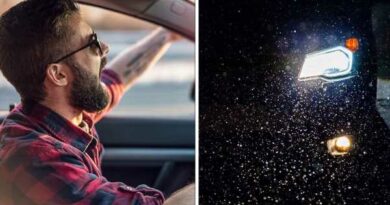 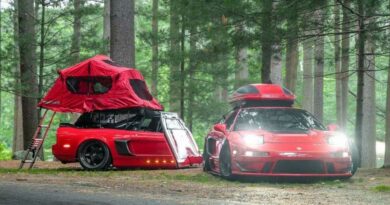 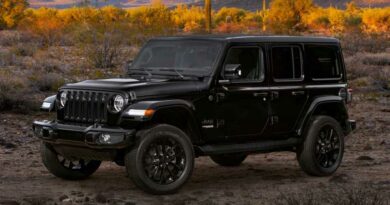