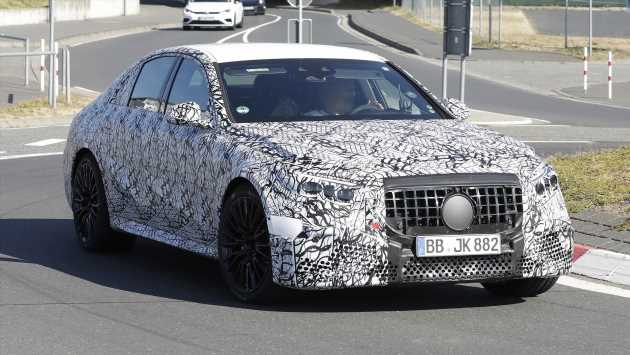 An all-new Mercedes E-Class is coming in 2023 and along with diesel, petrol and hybrid engines, performance-focused AMG models will also return on the sixth-generation model.

We’ve spied various iterations of the new E-Class testing before, but these latest spy shots show us the hot E 53 could arrive as early as next year. It could also borrow plug-in hybrid technology from the 402bhp C 43 AMG model.

The new E-Class will hit UK roads in the second half of 2023, beating the next-generation BMW 5 Series to market. However, while its longstanding rival will come with an all-electric option alongside its combustion and hybrid drivetrains, the E-Class will stick with 48-volt mild-hybrid petrol and diesel engines, plus plug-in hybrid power. Mercedes wil instead add the electric EQE saloon to its line up as the E-Class’s EV stablemate.

The development cars we’ve spotted testing haven’t been wearing much camouflage, suggesting that the styling of the new E-Class won’t mark a radical departure from the brand’s latest C-Class and S-Class. As with the rest of the lineup, the E 53 AMG will sport new horizontal tail-lights, smoother surfacing, a more upright nose and styling touches such as flush, pop-out door handles.

The E 53 model we spotted rides on larger, wider wheels and at the rear we can see the quad-tip exhaust set-up that has become a staple of Mercedes AMG cars. Behind the camouflage at the front, a bespoke grille design and more aggressive air intakes are almost a certainty.

Our exclusive main images give a preview of what’s to come from the two-model line-up, consisting of a saloon and an estate. The E-Class Coupe and Convertible models won’t be continued, with the arrival of a brand-new CLE set to cover those bases.

When it comes to the chassis, the new C-Class has dropped air-suspension from the options list, but the E-Class is unlikely to follow suit. As with the larger S-Class, it will also be offered with a new rear-wheel steering system. However, it won’t deliver the same capability as the brand’s flagship limo, which can turn the rear wheels by as much as 10 degrees in the opposite direction to the fronts to improve agility. 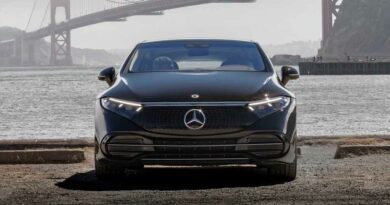 Which Mercedes-Benz EQ Electric Vehicles Are Coming to America Next? 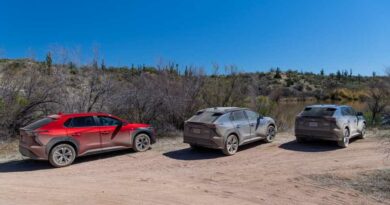 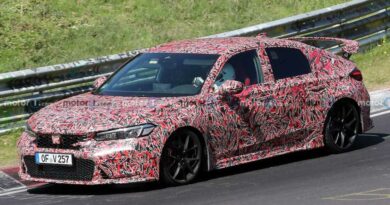