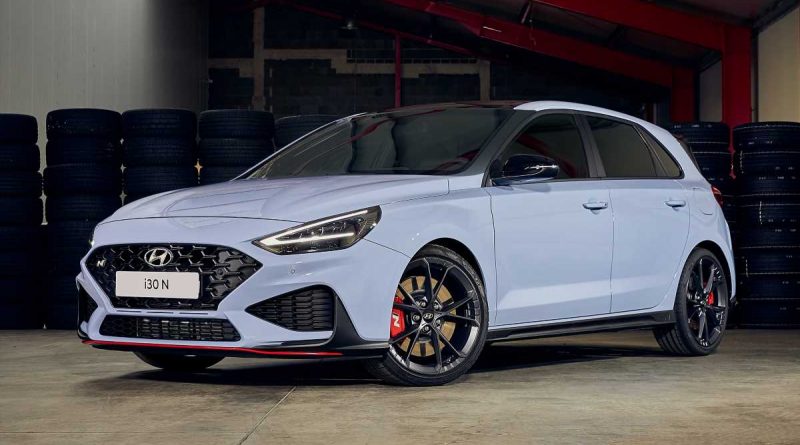 The updated Hyundai i30 N hot hatch now boasts 278bhp, while a DCT automatic is now available for the first time 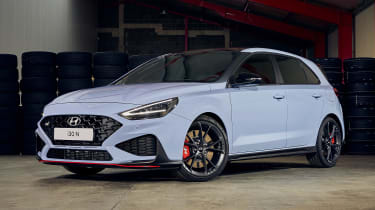 The Hyundai i30 N hot hatch has been a huge success for the Korean firm, helping to establish it as a serious player in the segment. Now it’s time for an update, so Hyundai has subtly redesigned its VW Golf GTI rival, increased the power output and made an eight-speed dual-clutch automatic gearbox available for the first time.

The i30 N’s overall proportions and size remain unchanged, with Hyundai focusing on subtle design tweaks, such as adding a wider, flatter grille that is flanked by restyled LED headlamps featuring a new V-shaped lighting signature. The lower section of the front bumper also now features new side fins that improve air flow and aerodynamic efficiency at high speed.

At the back a new roof-mounted spoiler has been added, along with a triangular brake light that sits just above the rear windscreen. Reshaped LED lamps feature, while larger twin exhausts are now better integrated into the rear bumper.

Every i30 N with the Performance Pack, which is the only version sold in the UK, also gets new 19-inch forged alloys, which shave 14.4kg of unsprung mass from the weight of the car. The wheels also come shod in high-performance Pirelli P-Zero tyres.

Updates inside are more substantial and include the arrival of a new 10.25-inch infotainment system with Apple CarPlay and Android Auto. The system also has a redesigned interface for the i30 N’s adjustable driving modes. This allows owners to tweak the engine, exhaust and steering on one spiderweb-style graphic, rather than having to cycle through various menus like before.

New lightweight bucket seats, trimmed in leather and Alcantara and 2.2kg lighter than before, have also been added, and they feature illuminated N badges in the centre.

As before, the i30 N is powered by a 2.0-litre turbocharged petrol engine, but power rises from 273bhp to 278bhp, while torque is up by 39Nm to a total of 392Nm. A six-speed manual remains the standard transmission, but for the first time a new eight-speed DCT is now available. Prices are yet to be confirmed but the auto is expected to be a £1,500 option.

The DCT includes several unique features. First up is N Power Shift, which delivers a thump in the back on full-throttle upshifts when changing gear manually. The second feature – what Hyundai calls N Grin Shift – is accessed via a steering wheel-mounted button labelled ‘NGS’. Press it and all of the i30 N’s variable parameters are put into their most aggressive setting for 20 seconds. That means increased engine power, faster gear shifts and an overboost function are all activated to deliver an instant hit of performance.

Hyundai says the i30 N’s steering and suspension set-ups have been retuned to improve handling and performance, while a new anti-roll bar has been added on the rear of the chassis to increase rigidity.

The i30 N comes with a raft of safety kit including forward collision avoidance, lane assist, blind-spot detection, rear cross-traffic alert and a new e-call system that can be used in case of emergencies. As with the rest of the Hyundai range, a five-year, unlimited-mileage warranty is standard. The revised i30 N arrives in dealers later this year and prices will be similar to the current car’s.

What will the new Hyundai i30 N have to beat? These are the best hot hatchbacks on sale right now… 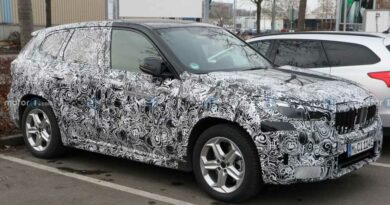 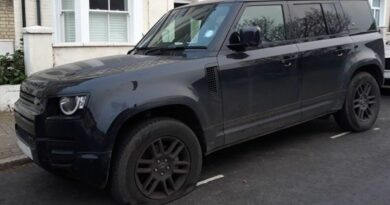 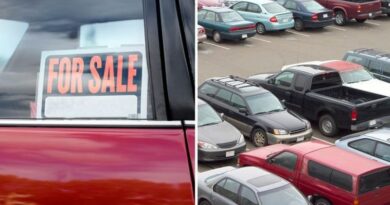