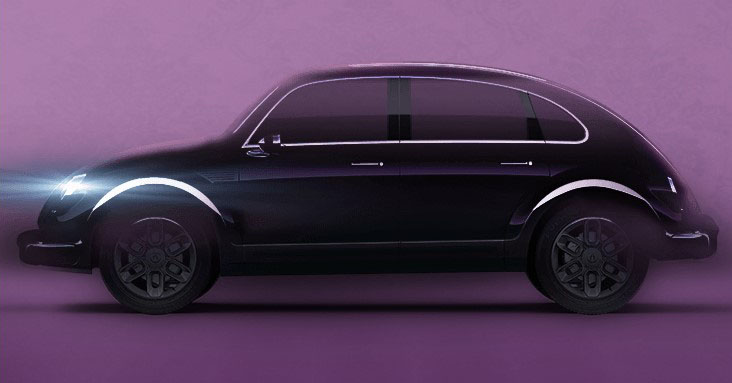 The Volkswagen Beetle is back! Well, not exactly, but the iconic design will feature on an upcoming electric vehicle from Ora, which is the electric sub-brand of China’s Great Wall Motors. The unnamed vehicle being teased here is set to make its debut at this year’s Auto Shanghai and will join the iQ, R1 (Black Cat), R2 (White Cat) and ES11 (Haomao or Good Cat) in the company’s line-up.

Despite the darkened photos, the Beetle cues are plain for all to see, including headlamps with chrome surrounds, prominent wheel arches, a curvy tail section, oval-shaped taillights and protruding bumpers.

One notable difference is that the new Ora EV has four doors, which is two more than most classic Beetles you see. However, Volkswagen did make a four-door cabriolet version of the model back in 1949 for the German police and fire department, so there’s some historical link there, although this is a hardtop.

It isn’t all retro though, as the model comes with large alloy wheels with disc brakes behind them. Similarly, the interior, which bears more resemblance to Ora’s Futurist concept than the OG Beetle, has a large touchscreen infotainment system, a circular digital instrument cluster, turbine-style air vents and plenty of chrome, including on the centre console that has a rotary dial. The two-spoke steering wheel is distinctively old school here, with a thin rim and chromed semi-circle.

No technical details are available for now, although the EV could share the same underpinnings with its siblings. The Good Cat, for instance, rides on GWM’s Lemon platform and is available with three battery capacities in China – 47.8 kWh, 45.99 kWh and 59.1 kWh – all powering a front-mounted electric motor rated at 143 PS (141 hp or 105 kW) and 210 Nm of torque.

The larger-capacity battery provides a range of up to 501 km on the NEDC, and takes around eight hours to fully charge via the 6.6-kW onboard charger. There’s also DC fast charging that allows the battery to get from a 30-80% state of charge in 30 minutes, although the maximum charging rate wasn’t specified.

We’ll only know more about the new Ora EV next week, including its actual name. The company is currently holding an online vote to determine what its new model will be called, and there are six names being polled, with voting set to end on April 18. Through the magic (and inaccuracy) of Google Translate, they include the Spirit Cat, Punk Cat, Noble Cat, Posh Cat, Royal Cat and Bridge Cat. 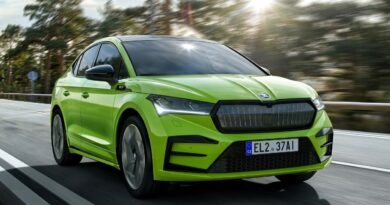 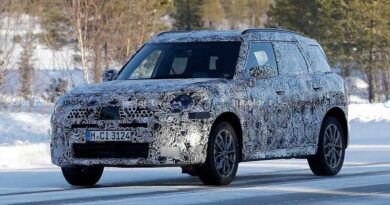