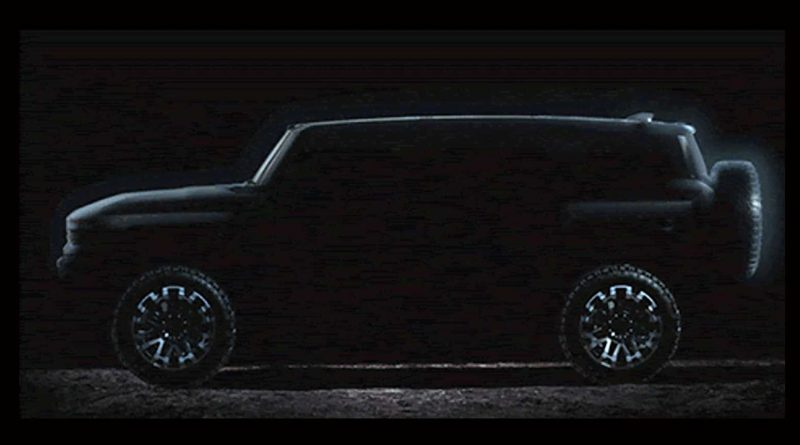 GMC will soon follow-up the launch of its Hummer EV pick-up with a new SUV variant that uses the same 1,000bhp electric powertrain

This shadowy teaser image is our first look at the new, pure-electric GMC Hummer SUV. It’ll make its official debut on 3 April, sporting the same electric technology and styling cues as its pick-up sibling.

The electric Hummer SUV will give GMC another offering in what’s steadily becoming a well-populated marketplace of plus-sized EV Yank tanks. Contenders already revealed include the Rivian R1S, the Tesla Cybertruck and the Bollinger B1.

Judging by this teaser, the GMC Hummer SUV will look almost identical to the pick-up. It’ll share the same full-width LED light bar, flared wheel arches and ride-height as its sibling, with the only major differences being an enclosed boot and a new tailgate with a spare wheel mount.

GMC is yet to release a detailed specification on the new electric Hummer SUV, but we’re confident that it’ll share most of its mechanical components with the pick-up. That means it’ll have three electric motors (one for each rear wheel and one shared across the front axle), which should produce a combined output of 1,000bhp and 15,592Nm of torque.

Like in the pick-up, the electric motors will be fed by GMC’s “Ultium” battery pack. GMC hasn’t yet confirmed the unit’s capacity, although the brand’s marketeers claim that it’s capable of delivering more than 350 miles on a single charge on the pick-up.

As the electric Hummer SUV will be based on the same platform as the pick-up, it’ll be fitted with the same 350kW DC rapid charging technology. As a result, it should also be capable of taking on 100 miles of range in just 10 minutes.

GMC’s platform sharing also means that the new Hummer SUV should receive most of the pick-up’s off-road focussed hardware, of which there’s plenty. When the pick-up was launched, GMC promised it would be “the most capable factory truck ever” – and this pledge is expected to be extended to the new SUV.

Equipment should include 18-inch alloy wheels, knobbly off-road tyres, underbody protection panels and adaptive air suspension, which can raise the car’s ride-height by as much as six inches to aid with ground clearance when off-roading.

Highly specced versions of the finished SUV should also get GMC’s innovative four-wheel steering system and “Crabwalk” function. It allows the front and rear wheels to steer in the same direction at low speeds, so the off-roader can crawl diagonally over obstacles.

Like the pick-up (and indeed the original combustion-engined Hummer), we’re not expecting the electric Hummer SUV will be officially sold in the UK, as it’s simply too big for our roads. Sales are expected to start in America later this year.

Now read all the latest news on the 1,000bhp all-electric GMC Hummer pick-up… 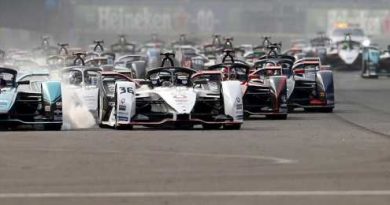 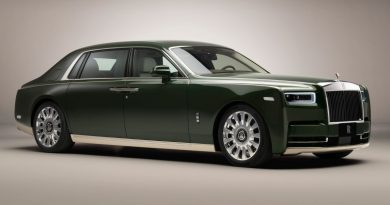 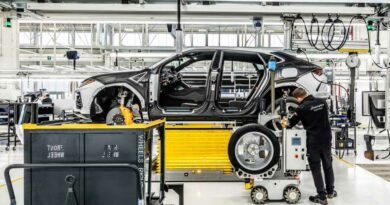