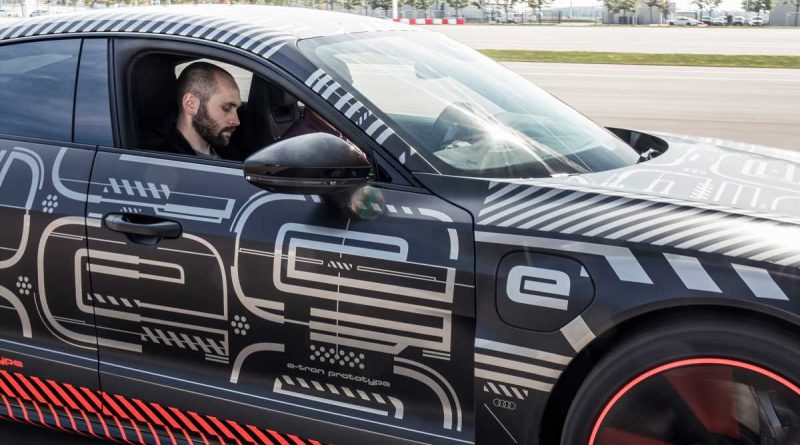 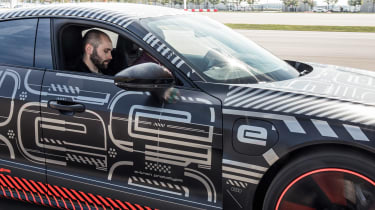 Striking and savagely quick – that’s all we’ve been able to learn about the Audi e-tron GT in our first brief chance to get up close with the production version of this important car. The lack of any specifications, new images and only a short ride in the passenger seat makes coming to any sort of conclusion a little futile. Audi will let us behind the wheel of this prototype at the end of the month, which should prove to be more insightful.

“The most important vehicle for Audi, it is our halo car.” That’s how new Audi CEO Markus Duesmann describes the upcoming e-tron GT. The covers will finally come off the Tesla Model S rival early next year, but well before we get to see it, Auto Express had the chance to jump on-board for a quick ride from the passenger seat.

Such is the secrecy surrounding the e-tron GT, Audi hasn’t published any images of the completely disguised prototypes we were in. Sadly, you’re going to have to use some imagination; but rest assured, even wearing a bit of masking we saw that the finished car doesn’t stay far from 2018’s e-tron GT concept car.

Based on the same platform as the Porsche Taycan, the e-tron GT hugs the ground beneath it, sitting incredibly low for an electric vehicle. It’s sleek and long at around five metres, but its proportions are entirely conventional, and there are no obvious indicators that this is an electric vehicle from the outside. There’s more than a whiff of A7 about it, but it wears a much slicker suit.

However, one giveaway is the noise. Not so much the lack of it – what you’d expect from an EV – but instead the synthetic sound Audi has developed in absence of an engine. Rudi Halbmeir, Audi’s acoustic sound engineer, and the man behind the steering wheel, spent his first 10 years at Audi attempting to make cars like the A6 saloon and Q7 SUV as quiet as possible. For the past nine years he’s been trying to make Audi’s electric cars louder. 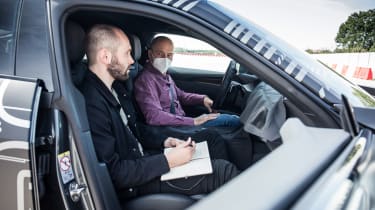 A distinctive metallic hum reverberates around the e-tron GT as it sits motionless. As it moves away the noise intensifies until it becomes a high-pitched whine, and the faster it goes the louder it gets. There’s nothing particularly new about this, but what’s interesting is how the noise was actually created.

Rather than produce it on a computer, the noise coming out of the e-tron GT is actually the recording of a fan blowing air down a three meter long metal pole. Halbmeir and his team then use editing software to capture sections of that noise and tailor it to match various driving scenarios. The idea behind it is that Audi wants the noise to seem more organic and natural than robotic. Halbmeir and his team have spent almost a decade doing this. Will anyone ever notice? Probably not.

Audi is keeping the e-tron GT’s technical makeup under wraps until its launch date. All we know so far is that it uses a triple electric motor setup – two on the rear axle and one on the front – and that it is extraordinarily, eye-wateringly quick. There is no performance data or power figures to talk of yet, but 0-62mph in around three seconds feels entirely believable.

In truth, the constraints of the test facility we were restricted to made it difficult to make a judgement on much else. But it’s clear that if you dive into a sharp corner at the speeds the e-tron GT can muster up in a split second, it will understeer quite dramatically. Perhaps that’s a result of the overenthusiastic driver rather than dynamic representation of what the e-tron GT is actually capable of. A more thorough test will follow in the coming weeks as we get behind the wheel of a prototype on public roads. Hopefully, there’ll be some images to go with it. 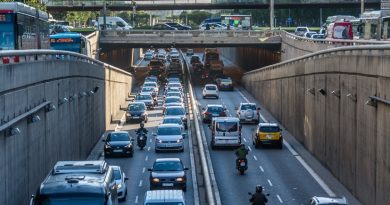 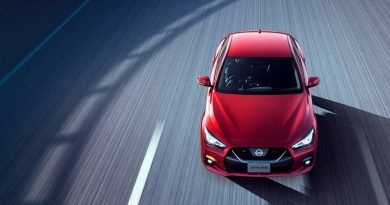 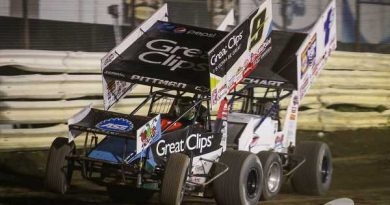