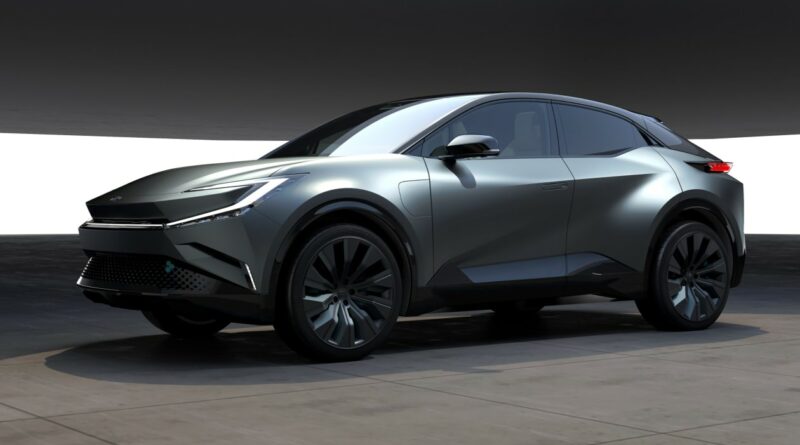 Toyota's EV push is gaining momentum, and at this year's LA Auto Show, the firm is unveiling a new crossover concept under its pure-electric bZ moniker. With its compact dimensions and coupe-like stance, the show car previews the next C-HR SUV ahead of its launch in the latter half of next year, confirming that it will be offered with pure-electric power.

The outgoing C-HR is one of Toyota's most popular models, and to maintain a broad appeal, the new version could launch with hybrid and PHEV variants alongside the bZ. Toyota's all-electric e-TNGA architecture is closely related to its TNGA combustion engine platform, so including both technologies isn't out of the question.

With its shallow glasshouse, muscular haunches and swooping roofline, the concept bears a clear resemblance to the current C-HR, albeit with Toyota's latest design ethos applied. At the front, the C-shaped running lights are connected by a thin LED strip across the bumper, and there's a perforated lower grille area which could be opened up for cooling on an ICE-powered model.

The roofline sweeps down to a squared-off rear end, featuring a full-width tail light bar and a shark-fin style centre brake light, with a neater overall look than the outgoing model. The production car won't be quite as striking, however, as previewed by our exclusive images based on recent patent files.

With its rectangular steering wheel and curved infotainment screens, the concept's interior reveals little about the final car, which will share tech with the bZ4X SUV. Given the dramatic body style, we don't expect the C-HR to be especially roomy given its footprint, but it could present an improvement over the original.

Designed and engineered in Europe, the style-focused C-HR has been a smash hit with customers worldwide since it was introduced in 2016. And even with Toyota targeting 3.5 million global sales of electric vehicles annually by 2030, there’s still plenty of space in its portfolio for cars featuring combustion power.

Late last year Toyota sources confirmed a new platform, called E3, that will mix elements from the combustion-engined and electric-only versions of its TNGA architecture. The C-HR has already been highlighted as a likely candidate for these new underpinnings, which are designed to give Toyota the flexibility to offer hybrid, plug-in hybrid and pure-electric versions of single models, as well as making them on the same production lines.

The timings would be tight – most sources suggest E3 won’t come on stream until the middle of the decade – but Toyota could conceivably use it to offer a new C-HR with various levels of electrified powertrain, and an all-electric version which will carry the bZ (Beyond Zero) badge.

Even if the Mk2 C-HR sticks with its current TNGA platform, expect major revisions in the combustion-engined powertrains as the engineers bring the model up to the latest iterations of hardware and software. The existing C-HR uses the fourth generation of Toyota’s hybrid powertrain, which has been superseded by new technology in the recently announced new Prius.

A larger 2.0-litre petrol engine – as found in the Prius – will arrive as part of the upgrades, while more compact systems and a more energy-dense lithium-ion battery may even allow Toyota to offer the C-HR as a plug-in, utilising software and some hardware from the RAV4 PHEV. The patent images show flaps on both of the rear wings, suggesting a fuel filler and a plug socket. But even if a C-HR PHEV does get an additional electric motor on its back axle, like the RAV4, it is likely to be of a more modest output, tailored to maximise the pure-electric range that’s crucial for tax regulations around the world.

Toyota may have accelerated its EV plans, but its approach to zero-emissions vehicles remains more multi-faceted and transitional. Toyota’s boss Akio Toyoda told dealers in the US last week that shifting higher volumes of hybrids could, for the time being, be a more effective way of reducing CO2 emissions than limited numbers of expensive EVs. “Toyota can produce eight 40-mile plug-in hybrids for every one 320-mile battery electric vehicle,” Toyoda said, “and save up to eight times the carbon emitted into the atmosphere.” 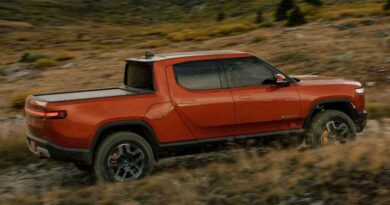 Rivian Has 'Raised The Bar' For Upcoming Electric Pickup Trucks 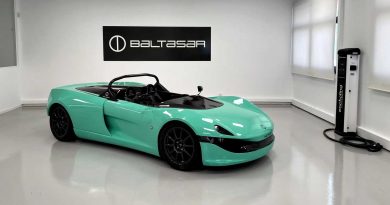