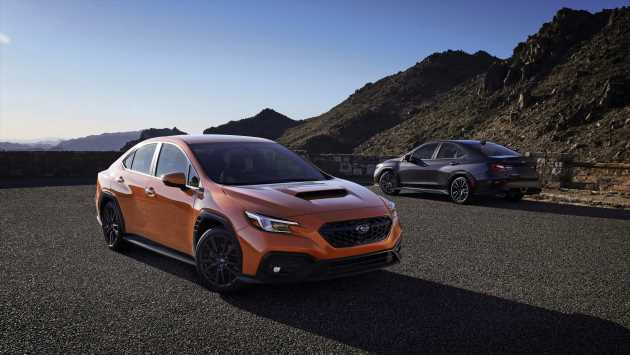 The fifth-generation Subaru WRX will storm onto the US market next year, but the UK is being left out again with no plans for a British launch

Subaru has finally pulled the wraps off the next-generation WRX and, even though the brand severed ties with the World Rally Championship some time ago, this new model has retained a familiar range of components which made the previous car so engaging to drive.

However, UK residents will need to go to some extreme lengths to get their hands on one as, despite its popularity here, Subaru won’t be bringing the fifth-generation WRX to Britain. For now, the car’s only confirmed market is the United States.

The company axed the previous-generation WRX from its UK line-up, with the limited-run WRX STi Final Edition marking the end of the model line. And, given Subaru’s focus on SUVs in the UK, it’s unlikely that we’ll see the car imported officially.

The new WRX is powered by Subaru’s familiar turbocharged flat-four petrol engine, although displacement has increased from 2.0 litres to 2.4 litres. This, along with a new turbocharging system produces 267bhp and 350Nm of torque.

The engine is mated to a six-speed manual gearbox as standard, although an eight-speed automatic can be specified as an optional extra. Every version of the new WRX also comes with four-wheel drive as standard.

Subaru’s new WRX is based on the Subaru Global Platform, which is shared with the Outback, Levorg and Forester – and which the company says brings some distinct improvements over the previous car’s chassis.

The increased use of structural adhesives means that the new car’s overall torsional rigidity is 28 per cent greater than the old model’s, while its suspension struts are 75 per cent stiffer too. The suspension itself also now has a longer stroke than before, which Subaru says allows the car to better cope with uneven surfaces.

Elsewhere with the chassis, there’s a set of adaptive dampers, a limited-slip differential and beefy ventilated brakes. Buyers also have a choice of either 17 or 18-inch alloy wheels. Subaru has also stripped weight from the WRX’s bodywork by swapping the old car’s steel front wings for aluminium replacements, which saves around 2kg.

The new car retains Subaru’s typical WRX styling cues, with a chunky front bumper, deep side skirts and large bonnet scoop to channel air through the engine’s intercooler. At the rear the old WRX’s quad-exit exhaust makes a return, although it’s been teamed with an uncharacteristically small boot lip spoiler.

There’s plenty of other equipment, such as a rear-view camera, electric seat adjustment and an 11-speaker Harman Kardon stereo system. Buyers also get a host of driver assistance technology, including lane departure prevention, adaptive cruise control and a newly available automatic emergency steering assist system, which works in tandem with the car’s pre-collision braking assist set-up to mitigate collisions at speeds under 50mph.

Now click here to read all about the new Subaru Outback… 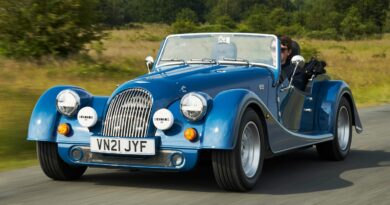 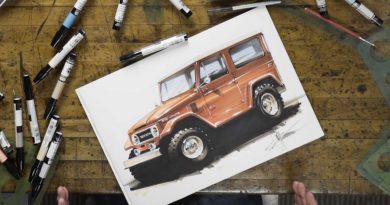