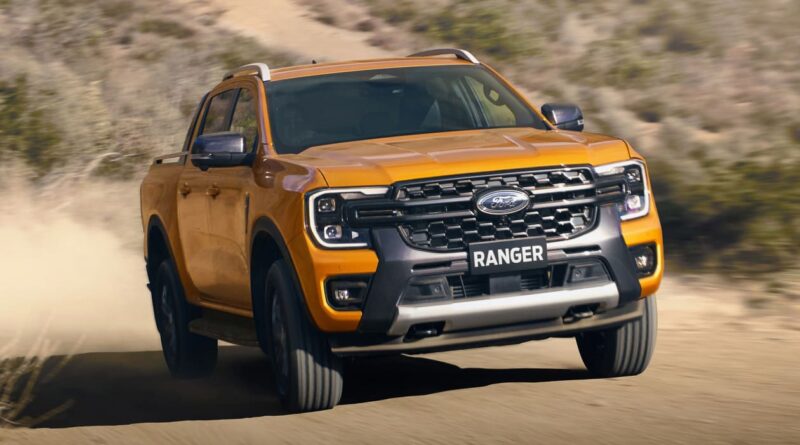 The Ford Ranger has taken the UK pick-up segment by storm, securing a 40 per cent market share as rivals including Mitsubishi, Nissan and Volkswagen have left the market. Now a new Ranger looks set to further twist the knife with the introduction of a V6 powertrain and even more off-road capability.

Ford has confirmed that an electric powertrain will join the line-up at a later date, but for now a new 3.0-litre V6 diesel engine will crown the revised range, which features a completely new look similar to the American market Ford F150 pick-up’s, with distinctive daytime running lights and optional LED headlights.

The outgoing Ranger’s 2.0-litre turbodiesel engines will stay in the line-up, having undergone some minor changes, and will sit alongside a four-cylinder 2.3-litre petrol EcoBoost model. But it’s the inclusion of a V6 diesel, thanks to Ford’s tie-up with Volkswagen for commercial vehicles, that will raise the Ranger’s power significantly from the outgoing car’s 210bhp.

Linked to a revised and lighter version of the 10-speed automatic gearbox currently available, and with a brand new permanent four-wheel-drive system, the range-topping model will not only be the most powerful Ranger to date but also the most advanced, with the latest SYNC4 infotainment system displaying through either a 10 or 12-inch portrait touchscreen.

Lesser models will retain a selectable four-wheel-drive set-up and get a new generation of either a five or six-speed manual gearbox.

At 50mm wider than the current model, Ford has not only re-engineered the Ranger’s suspension (placing the dampers beyond the frame of the vehicle for better ride comfort and performance) but also increased the capacity of the load bed to accommodate pallets and other materials more easily.

The tailgate features the ‘Ranger’ stamp across it and will also include an on-board measuring ruler and clamps to help tradespeople in their jobs; there’s also a 400-watt on-board inverter, a flexible cargo dividing system and plastic capping to protect the bodywork.

According to Anthony Hall, Vehicle Engineering Manager for the new Ranger: “We've provided a lot of features within the drop-in bed liner that allow customers to effectively create any number of combinations of different segregated areas, either laterally or longitudinally.

“You can create a number of individual dividers to help secure a load. If you have only got a small load that you want to keep in the back, in the middle, or keep to the sides, or put in readily accessible items such as gloves and tie-down straps, you can use the divider and keep them in a confined space so you know where they are. You can even split the load box vertically, and almost make an artificial shelf to keep stuff underneath.”

Hall also says that Ford has “added side lamps inside the load box, just underneath the left and right-hand rails, central along the load box itself. The lighting energy in those lamps and their proximity to the cargo area really allows you to light up what you're either working on or what you're trying to load or unload.”

Practicality has been at the heart of this new truck’s development, according to the brand, and as a result the new Ranger’s rear bumper now also incorporates new side steps to help with access to the load bed.

Inside, the Ranger gets a redesigned dash with new materials; automatic models will feature a cut-down e-shifter’ gear selector with an electronic parking brake.

There’s also a fully digital instrument cluster with customisable views, including information from navigation to pitch angle of the vehicle, as well as the six new driving modes (similar to those found in the current Ranger Raptor) that are programmed into the touchscreen. For safer off-roading and easier parking, the Ranger will also get a 360-degree camera.

Pricing will be revealed closer to European order books opening towards the end of 2022. UK customer deliveries are expected to commence in early 2023.

What does the new Ford Ranger have to beat? Click here for our list of the best pick-up trucks on sale now… 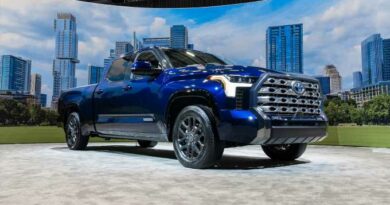 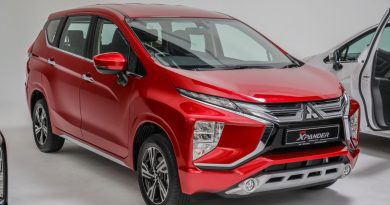 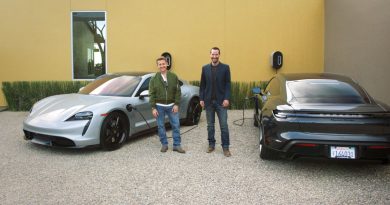 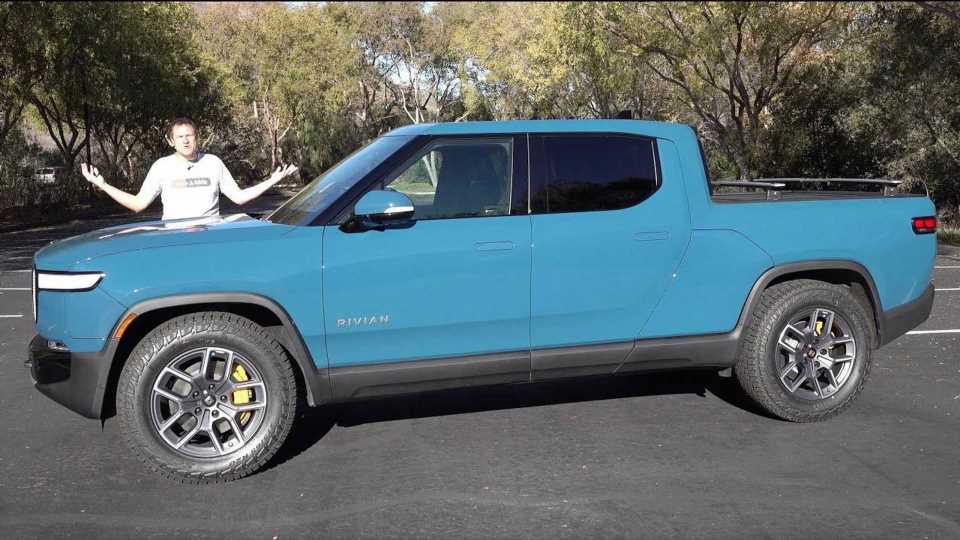