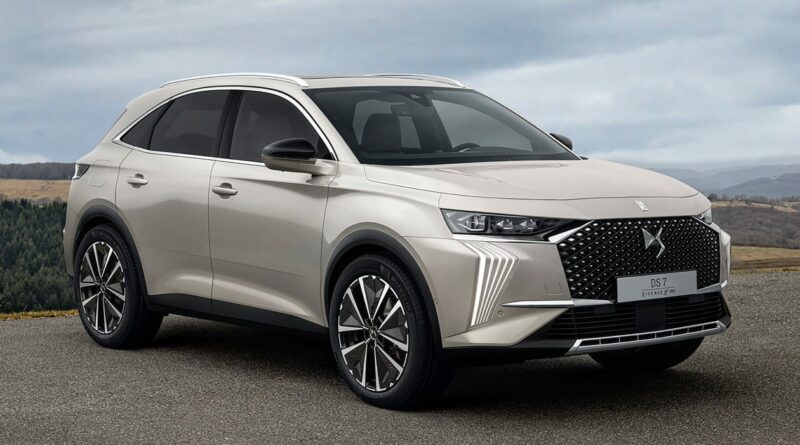 The flagship DS 7 Crossback SUV has been updated with revised styling, an upgraded infotainment system and a new plug-in hybrid version

The DS 7 Crossback first emerged in 2017 to kick start the French manufacturer’s re-positioning as a luxurious, stand-alone brand – and now there’s a new one. DS has sharpened up its Volvo XC40 rival inside and out for 2022, introducing a new infotainment system and a high-performance E-Tense 4×4 360 plug-in hybrid model to top the range.

At the front, the big change is the new LED running light design. Four illuminated strakes run from each headlight and down the front bumper, which has been redesigned to accommodate a larger front grille and a tweaked “DS wing” motif. This is finished in either gloss black or chrome depending on trim, and numerous new paint colours are available across the line-up.

DS has also updated the car’s headlights to incorporate its Pixel LED Vision 3.0 tech, which shines brighter and illuminates more of the road ahead. The system offers tailored lighting settings for certain types of roads and weather conditions, and can block individual high beam light paths to avoid blinding other road users.

At the rear, DS’s designers have added creases to give the appearance of a wider, squarer stance, as well slimmer LED tail-lights and a new “DS Automobiles” script to replace the old “Crossback” badging. New 19-inch alloy wheels have also been fitted, with the most powerful plug-in model gaining 21-inch items.

DS has also reworked the interior, with a new 12-inch infotainment touchscreen taking centre stage on the dashboard. It’s a larger display than the DS 4 hatchback, although it runs the same IRIS software as it’s smaller sibling. It’s a more advanced set-up than the outgoing DS 7 with a widget-based home screen, voice recognition and a higher resolution for the front and rear parking cameras.

The central display is joined by a new 12-inch digital instrument panel, featuring updated graphics and driver personalisation options. This can also display a feed from the DS 7’s night vision system, which warns the driver of upcoming hazards in low light conditions.

There’s also a camera tucked behind the steering wheel to monitor the driver, warning them in case of tiredness. Adaptive stop-and-go cruise control also features, along with an Active Scan Suspension system which monitors the tarmac ahead and primes the dampers to suit the road surface ahead.

Under the bonnet, DS will continue to offer the existing 128bhp BlueHDi diesel motor, along with three flavours of plug-in hybrid. The entry-level E-Tense 225 combines a 178bhp 1.6-litre four-cylinder turbocharged petrol engine with an electric motor for a 222bhp combined output, and drives through an eight-speed automatic gearbox.

Each plug-in model uses a larger 14.2kWh battery than the outgoing car, which liberates an extra six miles of pure electric running in the case of the DS 7 E-Tense 225. This pushes total electric-only range to more than 40 miles, with a full charge taking around two hours when plugged into a 7.4kW charger.

Next up is the DS 7 E-Tense 4×4 300, which as the name suggests, includes an additional electric motor on the rear axle to enable four-wheel drive. In combination with a more powerful 197bhp petrol engine, this version produces 296bhp.

Then there’s the new DS 7 E-Tense 4×4 360. Using the same hardware as the 300, engineers from DS’s Performance division have tweaked the powertrain software to unlock an extra 59bhp, and uprated the chassis to match. There’s a 15mm lower ride height, retuned springs and dampers, new roll bars and Michelin Pilot Sport 4 S tyres at each corner.

There are also beefier 380mm front brake discs gripped by four piston callipers, while the front and rear tracks are wider by 24mm and 10mm respectively. Thanks to a meaty 520Nm torque output, the DS 7 360 powers from 0-62mph in 5.6 seconds.

At 35 miles, pure-electric range does take a hit due to the extra performance, but the 360 does at least feature a new energy monitoring system designed to encourage use of the car’s regenerative braking system.

Order books for the new DS 7 are expected to open in August, with first deliveries scheduled for October 2022. 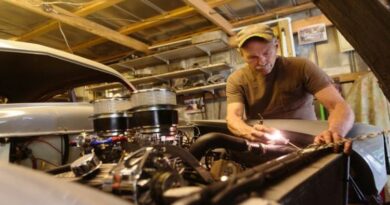 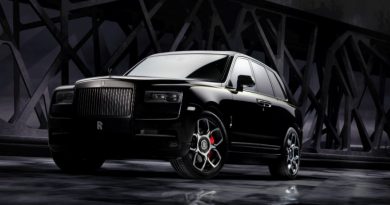 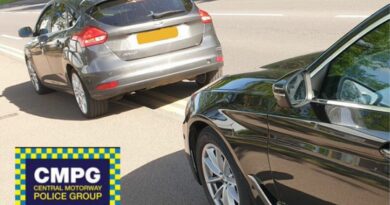