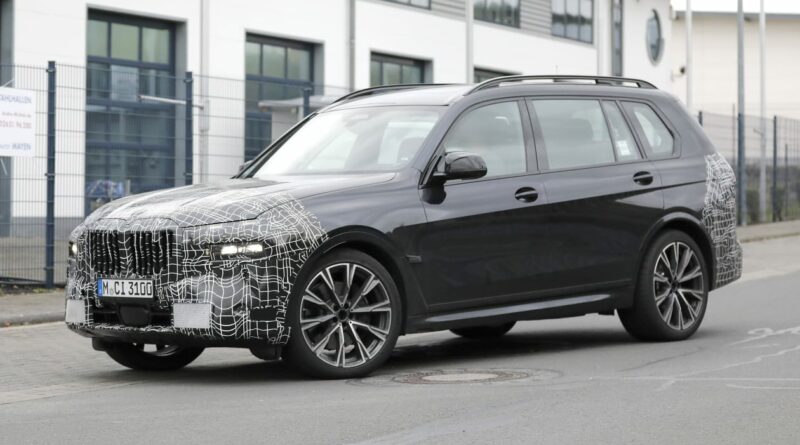 BMW’s updated X7 will soon reach UK showrooms, sporting a fresh front end that mirrors that of the next-generation 7 Series

Our spy photographers have snapped the facelifted BMW X7 again, ahead of its expected launch later this year. The update arrives at a good time, too, as the German brand’s flagship seven-seat SUV now has to compete with the all-new fifth-generation Range Rover.

BMW’s biggest changes will be cosmetic, as the company tries to keep the X7 looking fresh alongside its new competition. Up front, the firm has dropped the SUV’s headlamps lower down the SUV’s bumper, to mirror the design of the upcoming BMW X8 and 7 Series saloon.

The new lights are complemented by a redesigned bumper, which ditches the current car’s tall side intakes for a smoother look. The enormous kidney grilles haven’t changed and, even though they’re heavily masked, the rear bumper and tailgate are pretty much identical to the existing car’s. The current car’s split tailgate also remains.

We’re not expecting many changes to the cabin, other than some new trim and updated upholstery. The new X7 will also feature the same dual 12.3-inch displays as the current car, although they’ll be powered by the latest version of BMW’s iDrive infotainment software.

However, there might be some big changes under the bonnet. The revised X7 could borrow the 3.0-litre plug-in hybrid powertrain from the X5 xDrive45e, as BMW marches relentlessly along its electrification strategy. The two cars are based on similar versions of BMW’s CLAR platform, and the larger X7 should have more than enough room around its chassis to store the battery pack and motor.

The system blends a straight-six petrol engine with an 111bhp electric motor and a 24kWh battery, for a combined output of 389bhp and 600Nm of torque. In the X5, the powertrain delivers a real-world electric range of between 40 and 45 miles, although that figure will decrease once the system has been bolted to the heavier X7.

UK buyers will also still be offered the current X7’s two mild-hybrid powertrains. There’s one petrol and one diesel, both of which are 3.0-litre straight six units that produce around 340bhp. Both are also supported by an 11bhp electric motor that can reduce load on the engine and deliver smoother throttle response at low speeds.

When the revised model makes its debut, we’re expecting an incremental increase in prices across the board to offset the cost of the new look. As such, it’s likely that the range will kick off from around £80,000. 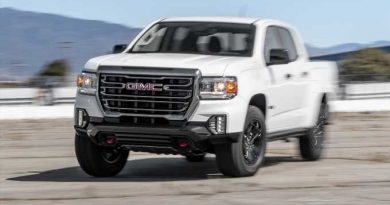 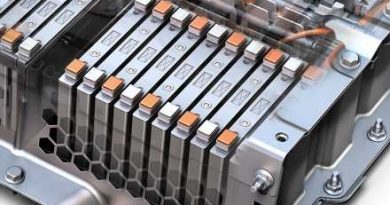 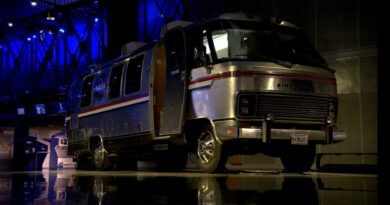