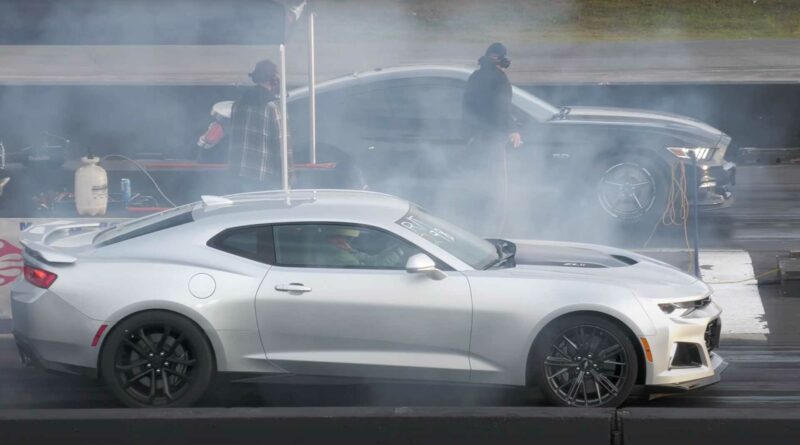 Find a list of the all-time top automotive rivalries and you’ll surely see the Ford Mustang and Chevy Camaro. These cars have defined an era and made the world a better place for car nuts. If not for these two, the ’60s and the ’70s would have been less interesting.

That muscle car rivalry is still alive and well in this day and age even after six generations for each nameplate. But if you’re dying to see the rivalry in action, here’s a drag race video, courtesy of Wheels on YouTube.

As you can see in the video embedded atop this page, a 2016 Ford Mustang GT faced a 2018 Chevrolet Camaro at a drag strip, ready to rekindle the fire that their predecessors have started.

It wasn’t as pure and level as we’d hoped for, though. The Camaro was a ZL1, powered by a supercharged 6.2-liter LT4 V8 has an output of 650 horsepower (485 kilowatts) and 650 pound-feet (881 Newton-meters) of torque. We’re not sure if there was any modification involved in the Chevy but we’re positive that it came with a 10-speed automatic tranny.

Meanwhile, a stock Mustang GT comes with a naturally-aspirated 5.0-liter Coyote V8 mill, capable of churning out 435 hp (324 kW) and400 lb-ft (542 Nm) of twists. A Mustang Shelby GT500 would have been a better contender.

However, the Mustang in the drag race was anything but stock. It’s equipped with tires made for prepped surfaces. And given that it can keep up with the supercharged Camaro despite the disparity – and the fact that it comes with a manual gearbox – it’s unclear what underneath the hood of the ‘Stang.

In terms of numbers, the Mustang has clearly blown the Camaro out of the water. It’s the best-selling sports car in the world and so far for 2022, the Mustang’s leading the sales race versus the Camaro and the Challenger.

Things will be different after the sixth-generation model for both cars, though. While Ford is preparing to launch the next-generation Mustang on September 14 at the Detroit Auto Show, the Camaro’s future is uncertain at this point. 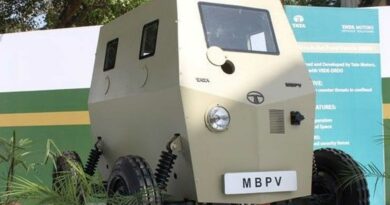 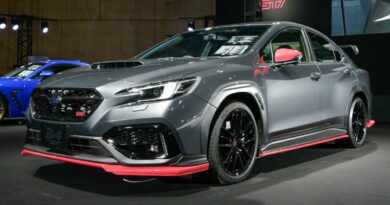 Current-gen 2022 Subaru WRX won't have STI version, next WRX STI won't be pure ICE, likely to be a hybrid – paultan.org