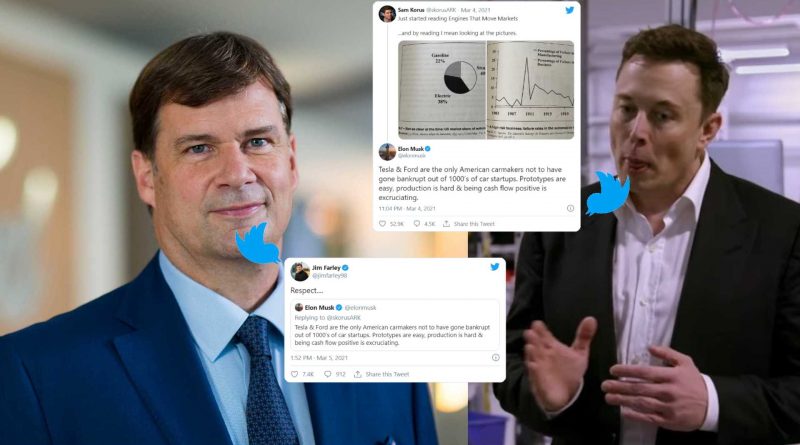 Jim Farley praised the Tesla CEO in a retweet.

Elon Musk made Twitter the new automotive CEO platform. Herbert Diess is there. Jim Farley too. That created a rich environment for some public interactions between them. The latest one was when Musk named Tesla and Ford as the only American companies never to have gone bankrupt until now.

Musk did that in reply to a Sam Korus tweet that showed how big car manufacturing business failures were until 1927. Among those early thousands of automotive startups, Musk said Ford was the only one to beat the odds.

The last company to do that was Tesla, something Musk also celebrated when he stressed his company was the last one to achieve mass manufacturing in 100 years. The Tesla CEO said that a while ago. More recently, he did that in his interview with Sandy Munro in which he recognized some of the flaws that Tesla vehicles present, especially when it comes to the paint job.

The last one to have achieved mass manufacturing volumes was Chrysler, which went bankrupt in 2009 after going through hard times more than once.

Repeating himself in that regard, Musk reinforced how it is hard to achieve mass production in his tweet and how it is even harder to have positive cash flow. The Tesla CEO says that in all opportunities in which mass production becomes a topic.

Jim Farley replied to that public recognition with a simple word.

Ironically, Farley seemed to have forgotten that Tesla is an American car manufacturer with the tweet below, as we have pointed out in an article published on November 24, 2020.

Farley’s most recent tweet may be a sign that Ford aims to review the former statements it made about being the only American car company to back CARB emission rulings. Not only because it would be the ethical thing to do but also because of factual accuracy. 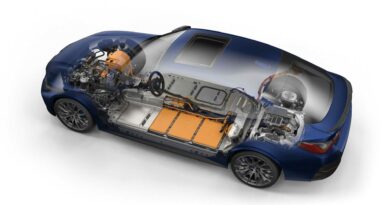 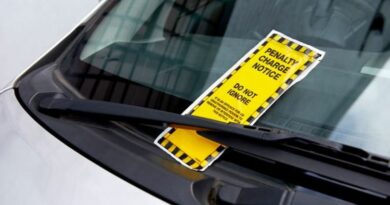 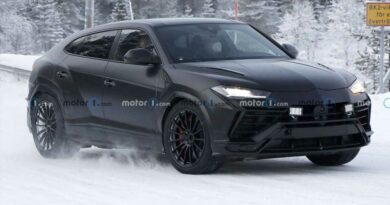