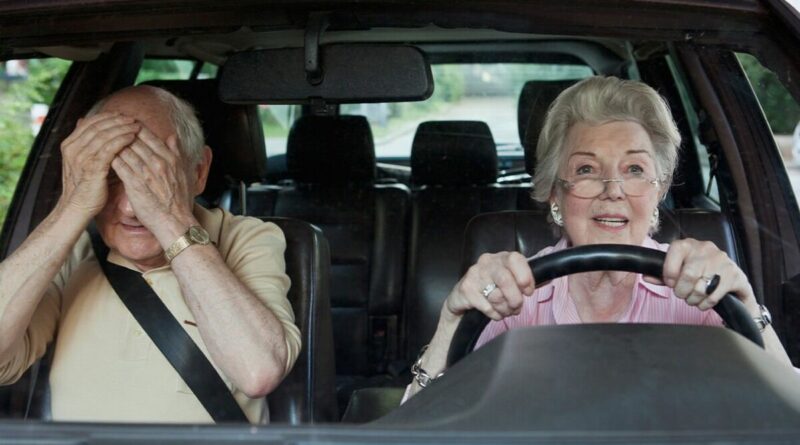 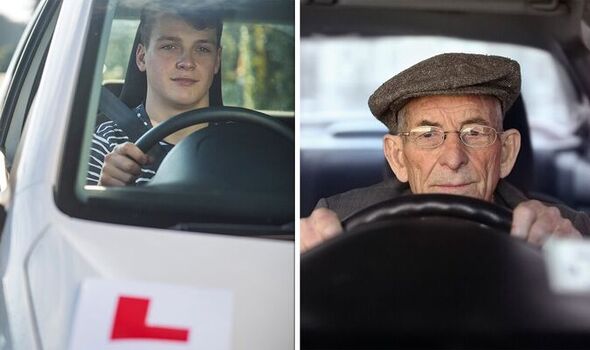 The survey carried out by Veygo and conducted on 1,500 UK drivers revealed new insight into the often-contentious topic of whether older people should be forced to retake their driving test, with Gen Z (67 percent) and Millennials (65 percent) both saying they should.

In fact, the majority of all those under 44 (61 percent) were in favour of driving test retakes for their older counterparts.

But the data reveals a huge generational disparity with those who’ve been on the road for longer – with only a third of those over 55 (36 percent) agreeing they should have to retake their practical test again.

James Armstrong, CEO of Veygo, said: “With road rules and safety fresh in the mind of new drivers, it’s unsurprising that they are hyper-sensitive to mistakes or road errors that they may witness in older drivers.

“And with new highway code rules having come into force this year, there’s debate over how aware of these changes older drivers will be.

“Recent DVSA data on pass rates shows that tests taken in the last year by those aged 60+ have a much lower pass rate than that of younger drivers, at 34 percent. By comparison, the average pass rate of 17-25 year old learners this past year was 50 percent, and the national average is 48.9 percent.

“This suggests that introducing retests for over 70s could bring down the national average pass rate.

“But age or time on the road shouldn’t be directly associated with driving ability. Just as we believe our very young driver customers are safe on the road and equipped with up-to-date knowledge, this also applies to an experienced 60 year old motorist.

“The driving rules surrounding ages have historically been governed by EU law, so it’ll be interesting in this post-Brexit era to see if this changes for the UK specifically and retakes are introduced.

“It appears from our survey that the majority of road users would welcome this new enforcement, but regardless of whether it changes or not, regularly refreshing knowledge on road signs or speeds, keeping up to date with 2022 Highway Code changes, and practicing safe driving is imperative for all road users, both new and experienced, young or old.”

Elderly drivers have previously hit out at proposals of a maximum driving age and a possible driving test retake. According to the Older Drivers Task Force, there will be more than one million drivers over the age of 85 by 2025.

The Task Force said it is “vital” that changes are made to “prepare for this demographic change”.

One Express.co.uk commenter, MissingEUAlready2, said: “If you reach a century with a clean licence and insurance history it should tell you a thing or two. As does insurance loading for young drivers.”

Another reader, using the nickname old woman, claimed: “In my 70th year I decided to re-test myself with an advanced driver’s course and test which I passed with flying colours.

“I recommend others aged 70, 80, and 90 do the same. It could save lives. One of them might be your own.” Currently, once a driver reaches the age of 70 years old, they must renew their driving licence every three years.

They can use the DVLA’s service to renew their driving licence if they are 70 or over, or if they will be 70 in the next 90 days. The DVLA will automatically send drivers a D46P application form 90 days before their 70th birthday, allowing drivers to renew.

A third Express.co.uk commenter, under the handle MiniMiner, said: “As a retiree I have more time and tend to drive when everything is clear at the speed limit or below.

“I do see many drivers male and female doing crazy things, I see cyclists doing equally stupid things (they are uninsured) and pedestrians walking along in their own little cocoon with the Mr Spock earphones in. Why target the more mature driver. Crazy.”

At present, there are around 5.7 million drivers aged over 70 – almost double the number in 2012. Proposals were put forward at the end of 2021, suggesting that mandatory eyesight testing should be introduced for elderly drivers to ensure they are still safe to be on the road.

The Older Driver Task Force recommended that the DVLA should require evidence of an eyesight test at age 75. It said the DVLA, insurers and others should also encourage vision checks every two years, particularly from age 60.

The Government offers free eyesight tests to those over 60, with more frequent eye tests having significant wider health benefits for all drivers. 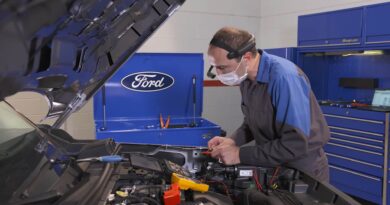 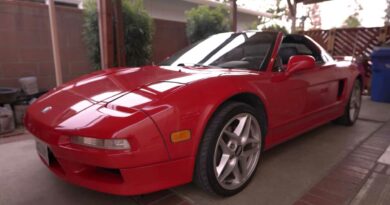 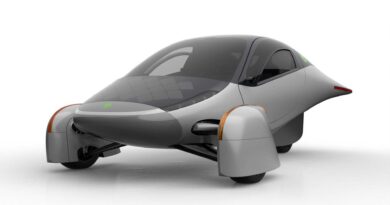