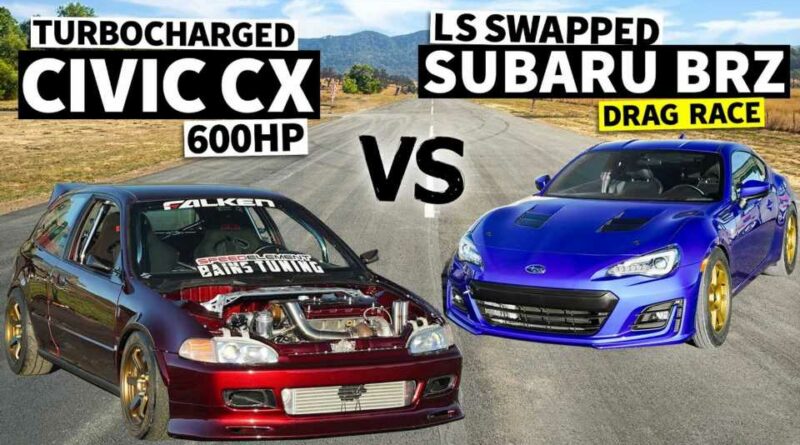 In stock trim, a 1992 Honda Civic isn’t remotely fast. A stock 2017 Subaru BRZ is faster, but we’re still talking about something that would lose to most modern-day SUVs in a straight line. Fortunately for us, the Civic and BRZ featured in the video aren’t stock. Not by a freaking long shot.

Would you expect anything less from Hoonigan’s This Vs That series? The latest video sees the aforementioned cars facing off in a best-of-three competition, and the tuner love is very strong with these Japanese fan favorites. If this Civic looks familiar to some of you, perhaps you saw it at SEMA a few years back. It’s actually a snazzy show car, but one with considerable bite thanks to a highly modified B18 four-cylinder under the hood between the fenders, displacing 2.1 liters courtesy of a stroker kit. Of course it has a big turbo, culminating in 600 horsepower going to the front wheels through a GSR manual transmission.

As for the competition, Subaru purists may want to skip to the end because you won’t find a 2.0-liter flat-four under the hood. It’s received several LS V8 swaps in its life, with the latest being an LS7-based LSR build designed to run on race gas. Power goes to racing slicks at the back through a manual transmission, but we have no idea how much horsepower it makes, as that isn’t revealed in this video. Considering there’s a gigantic bottle of nitrous oxide supplementing the V8’s ample punch, we’ll simply say it’s adequately powered for this competition.

Admittedly, the word adequately might be an understatement here. The first heads-up race sees the V8 BRZ absolutely destroy the Civic. The Subie driver does jump the gun a little bit, but that’s a minor plot point compared to the Honda driver’s liberal use of the rev limiter. It sounds like the poor car doesn’t find traction for the entire run, leading to a BRZ win measured in bus lengths. It’s an entertaining pass for sure, but not something one would call exciting.

Truth be told, the BRZ seems to have some traction issues as well. Whatever’s happening under the Subie’s hood, we suspect output is a tad more than the Honda’s 600 hp. As such, standing starts are ditched in favor of roll racing, and it does equalize the field a bit. We’ll leave the final outcome to the video, but regardless of the winner, we offer mad respect to both drivers for building some truly outrageous machines. 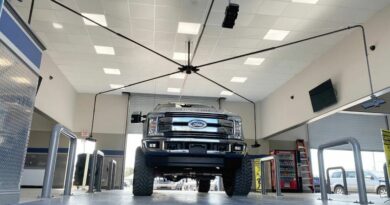 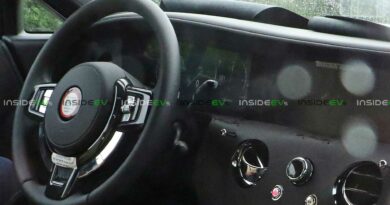 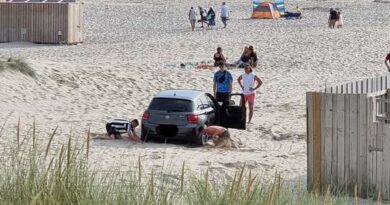