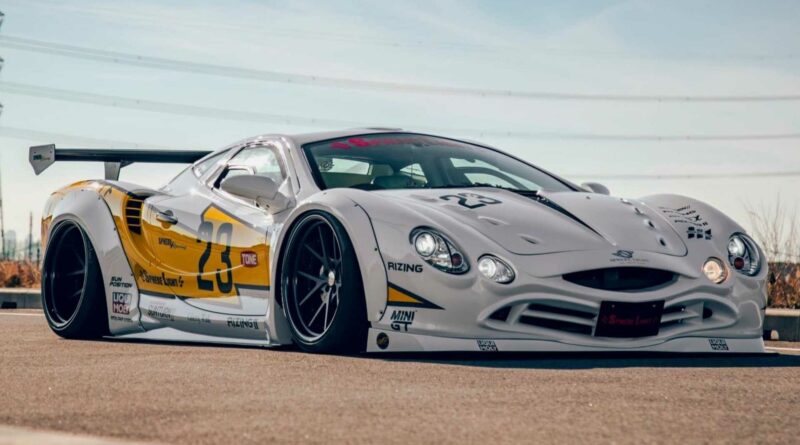 Even with production ending in 2014, the Mitsuoka Orochi remains one of the weirdest looking cars in recent memory from an automaker anywhere in the world. Sphere Light, a Japanese maker of aftermarket headlight builds, plans to display a wild-looking example of this odd sports coupe wearing a widebody kit from Liberty Walk at this year’s Tokyo Auto Salon.

Compared to a standard Orochi, the Liberty Walk body kit adds a front splitter beneath the inlet in the bumper. Big fender flares add width to the flanks of the low-slung vehicle, and there are side sills that run to the broader pieces at the rear axle. A massive wing attaches to the bumper, and a pair of dual, black pipes replace the original single pipe on each side. 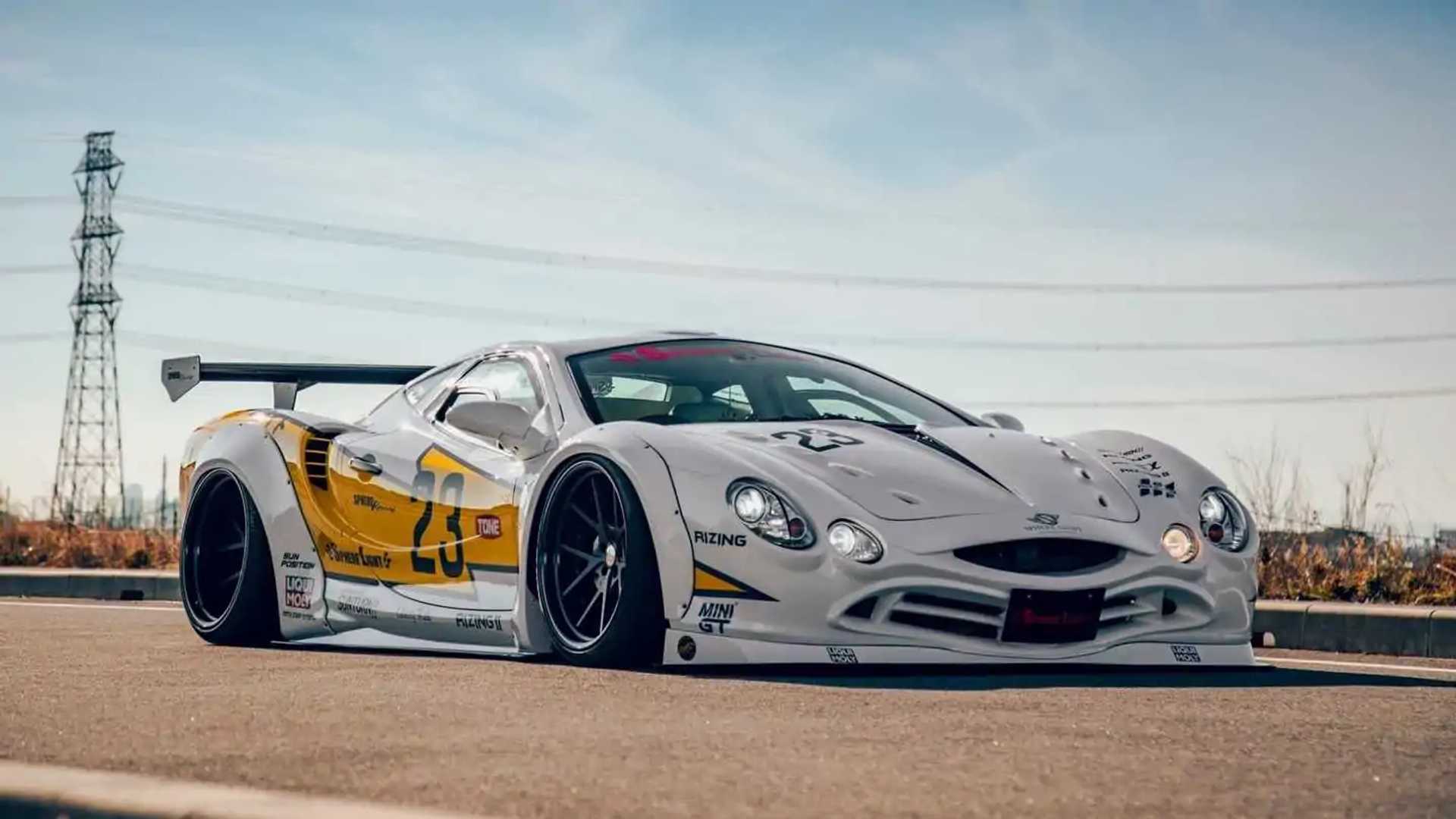 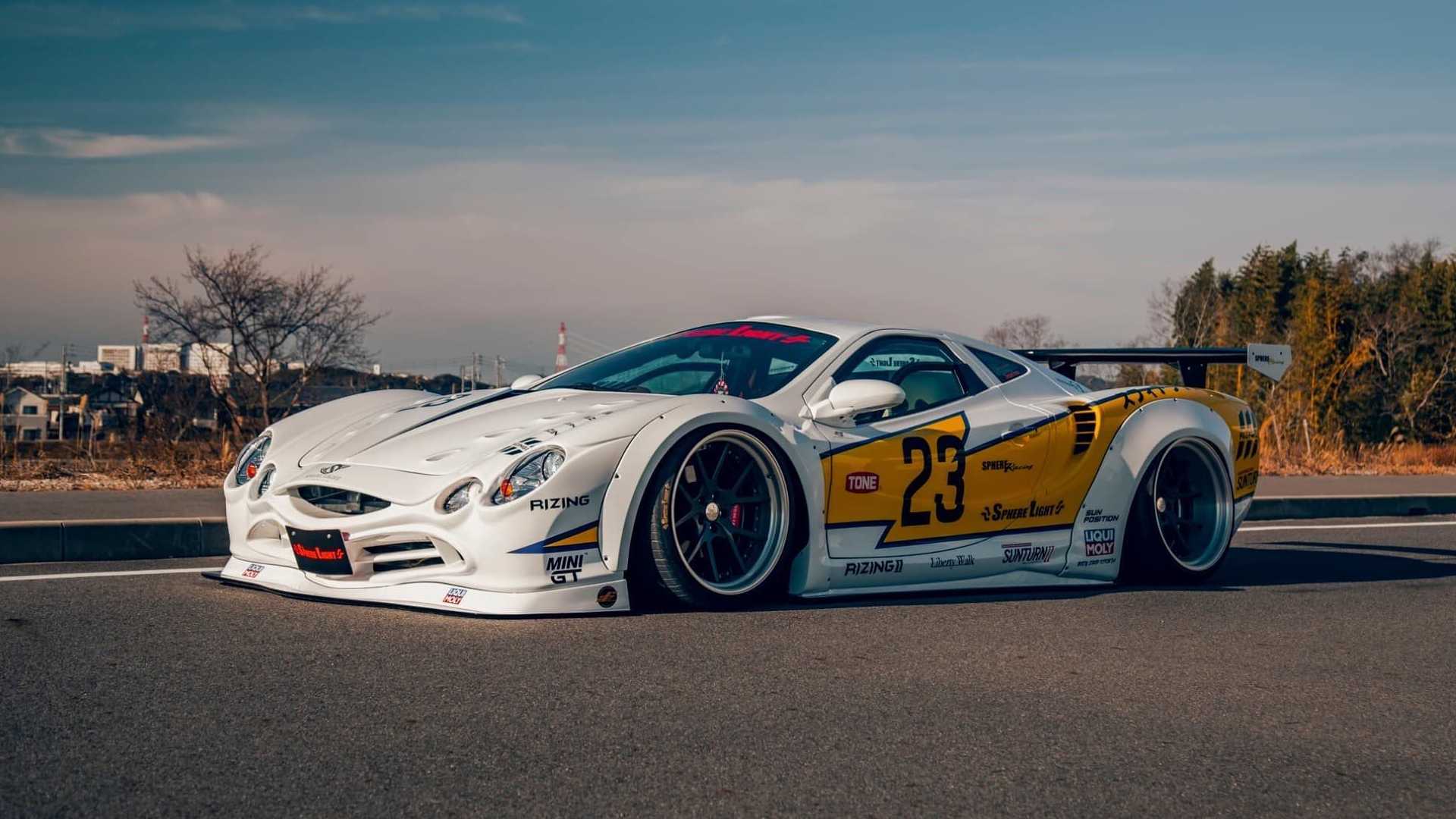 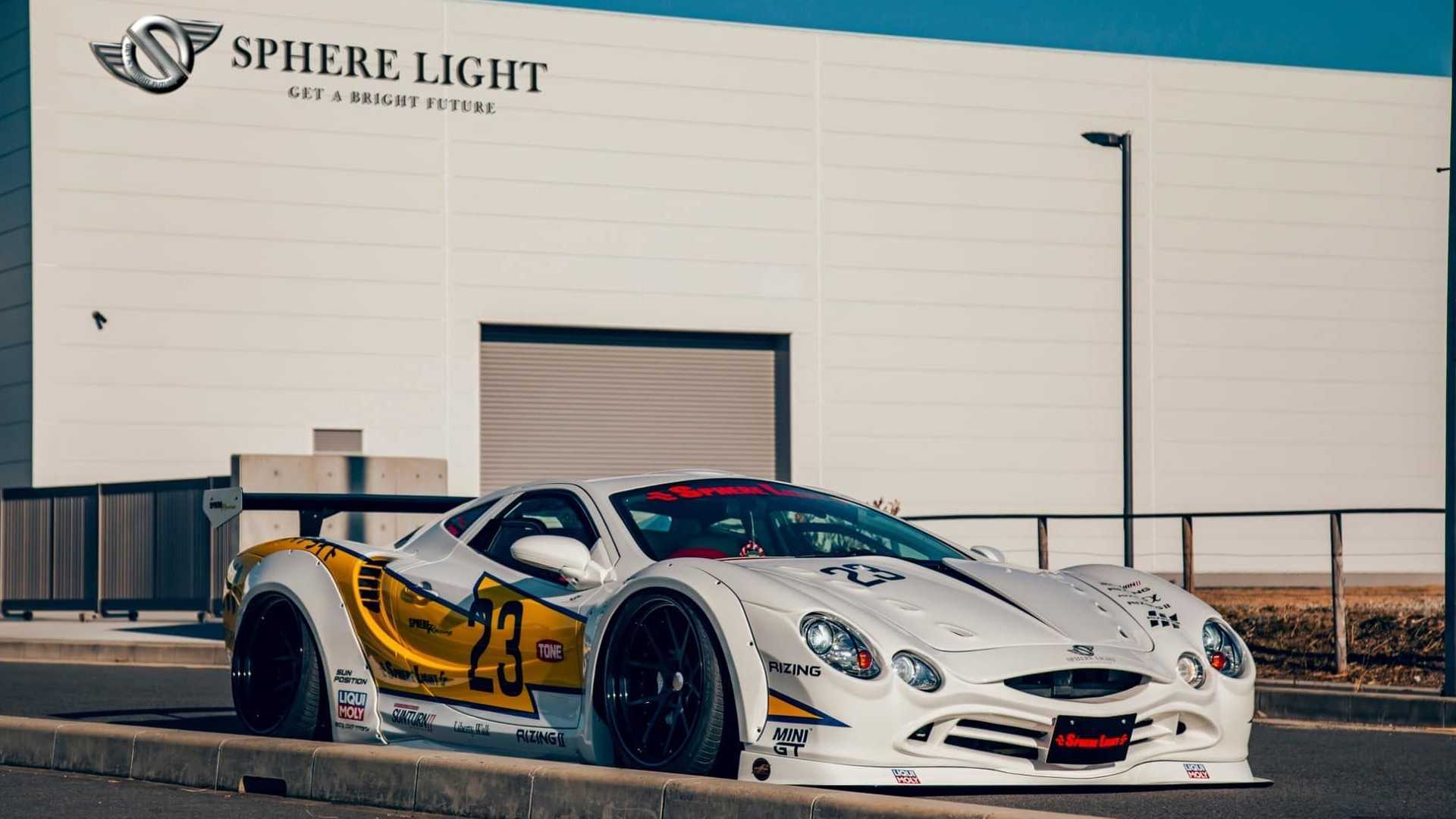 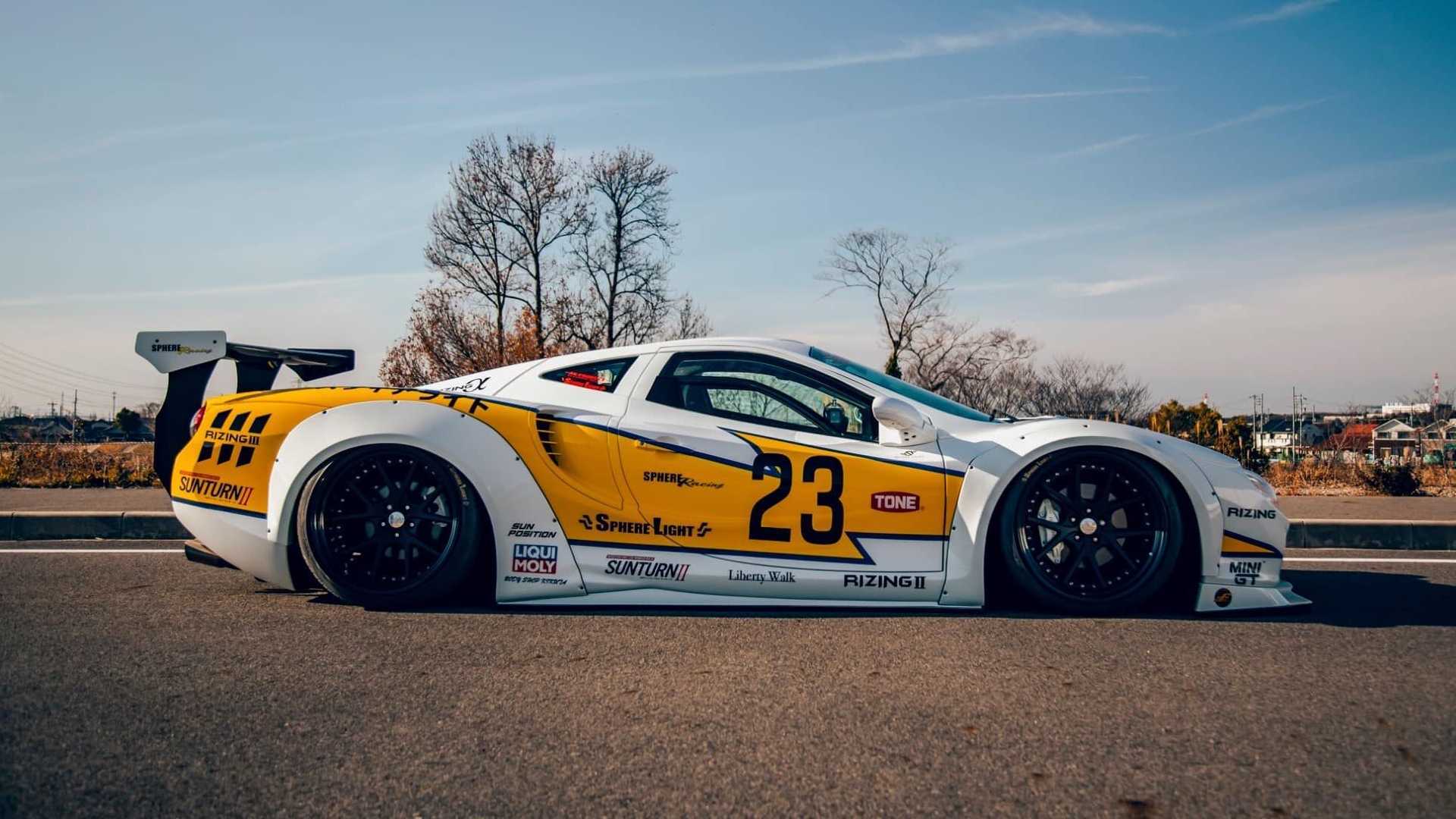 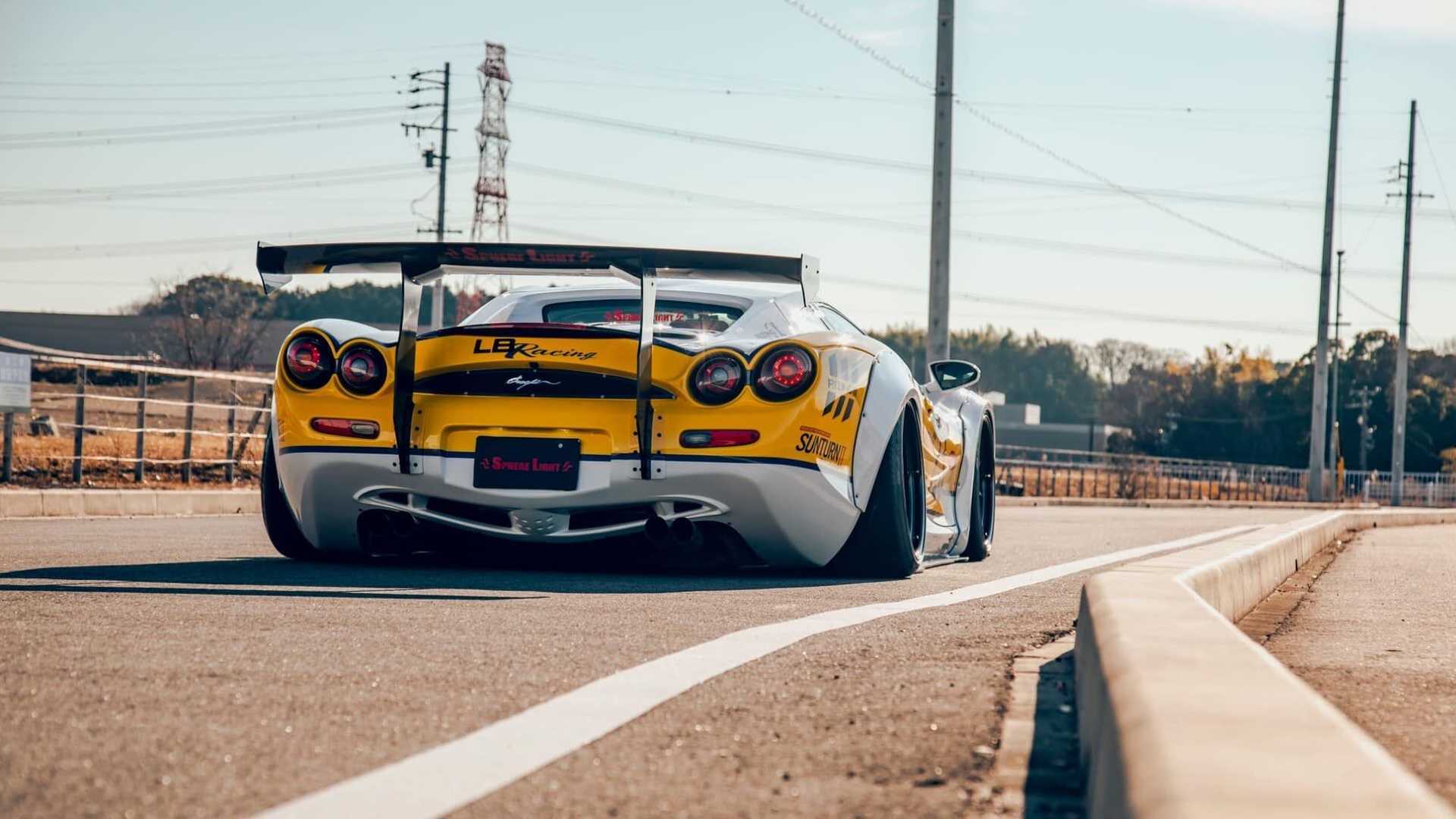 This Orochi has a racing-inspired color scheme that’s white in front and has a yellow, lightning-bolt-shaped stripe that runs over the sides and rear of the body. There are lots of decals for various brands all over the exterior. The wheels are black with Y-shaped spokes.

The headlights use Sphere Light’s bulbs to promote the company’s products.

There are no images of the cabin, yet. From the factory, the Orochi has a pair of bolstered sport seats. The driver grips a three-spoke steering wheel and looks at large, analog dials. The center stack is fairly basic with a pair of vents on top, a small radio display, a pair of dials, and a larger screen.

There’s no indication of this Orochi featuring any powertrain tweaks. The original powertrain for the model is Toyota’s 3MZ-FE 3.3-liter V6 that’s from early-2000s models like the Sienna minivan, Camry, Lexus RX 330, and many others. The mid-mounted mill makes 231 horsepower (172 kilowatts) and 242 pound-feet (328 Newton-meters) of torque. A five-speed automatic powering the rear wheels was the only transmission choice in the Mitsuoka.

The boutique, Japanese automaker first showed the Orochi as a concept at the 2001 Tokyo Motor Show. The production version launched in 2006.

Tesla Autopilot continues to operate without anyone in the driver's seat, Consumer Reports demonstrates – paultan.org