No, Mercedes-Benz did not reveal the Vision EQXX as expected during its Strategy Update presentation yesterday, but it did announce a couple more details about its experimental electric prototype. Stuttgart firmed up (somewhat) the car’s range, which is estimated to be over 1,000 km.

That’s right around the ballpark of was previously hinted – during the last Strategy Update in 2020, the company flashed up the question, “Shanghai to Beijing on one charge??” For your information, the distance between these two Chinese cities is approximately 1,200 km.

Notably, the EQXX’s impressive range won’t come as a result of fitting a massive battery. In fact, the battery will be of a conventional size, slated to be fitted to a future Mercedes compact model (likely built on the forthcoming “electric-first” Mercedes Modular Architecture, or MMA). It will, however, have a 20% greater energy density at the cell level compared to the recently-revealed EQS. The company is instead pursuing marginal gains in other areas, such as the electric motor, inverter, battery design, packaging and thermal management. The EQXX’s aerodynamics will be another focal point, with designers pushing for a lower drag coefficient than even the EQS, the 0.2 Cd of which is already the lowest of any production vehicle in the world.

Still covered in a canvas tarp in the presentation, the EQXX will feature a streamlined teardrop shape with a long rear end to improve aerodynamic efficiency. A teaser released prior to the Strategy Update showed a smooth pebble-like body, a flat Three-pointed Star decal (just like on the AMG One hypercar) instead of a three-dimensional emblem, EQ full-width headlights and twin bonnet vents. The car will also pioneer new body casting techniques and sophisticated materials, presumably aimed at reducing its weight. All in all, Mercedes is targeting a kWh per 100 km energy consumption figure in the single digits, equivalent to six miles (10 km) per kWh.

We probably won’t see the Vision EQXX for while yet, with Mercedes promising to demonstrate the car’s range next year. Developed in conjunction with the High Performance Powertrains (HPP) division in the UK – which builds the power units for the Mercedes-AMG Petronas Formula 1 team – the EQXX won’t be put into production, but the learnings from the project are expected to be incorporated into future models. 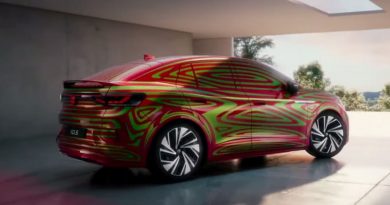 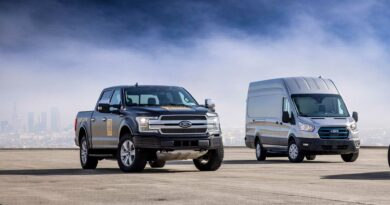