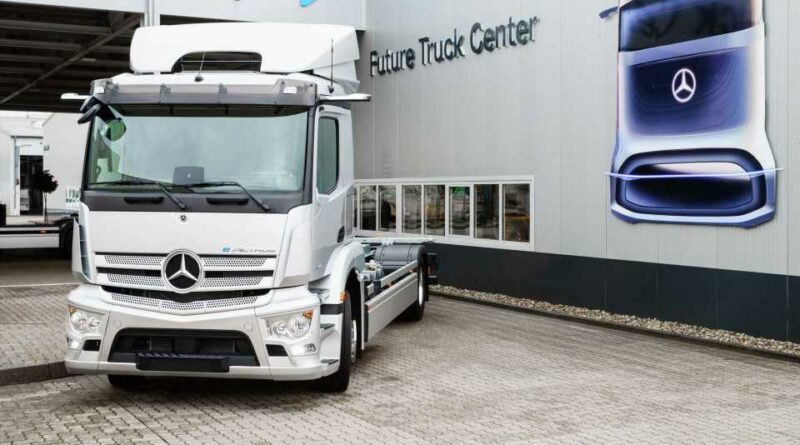 Mercedes-Benz has officially begun (on October 7, 2021) series production of its first battery-electric truck, the Mercedes-Benz eActros, envisioned for heavy-duty distribution.

The production takes place at the Wörth plant in Germany, alongside conventional versions. Actually, the initial part of the production is similar on the same production line, but the final steps – related to high-voltage components – are conducted in the all-new Future Truck Center.

“Before the eActros comes to the Future Truck Center for its electrification, it will be flexibly manufactured on the existing assembly line alongside trucks with conventional drive systems. Basically, the assembly of different vehicle types will take place in an integrated manner as far as possible and the basic structure of the vehicle will be built on one assembly line – regardless of whether a conventional combustion engine or an electric powertrain is installed.

The eActros then goes to the Future Truck Center, where the electrification of the vehicle takes place. Intensive preparations for the new production processes have been made there in recent months. This includes, among other things, the construction of a new assembly line. Step by step, the eActros will be further assembled here. In addition to the high-voltage batteries, other high-voltage components are assembled in various production steps, including the charging unit. It forms the interface through which the vehicle is connected to the charging station. Once all the components have been assembled, the entire system is put into operation at the Future Truck Center. The truck is then ready to drive. The vehicle is reintegrated into the regular production process for finishing and final inspection.” 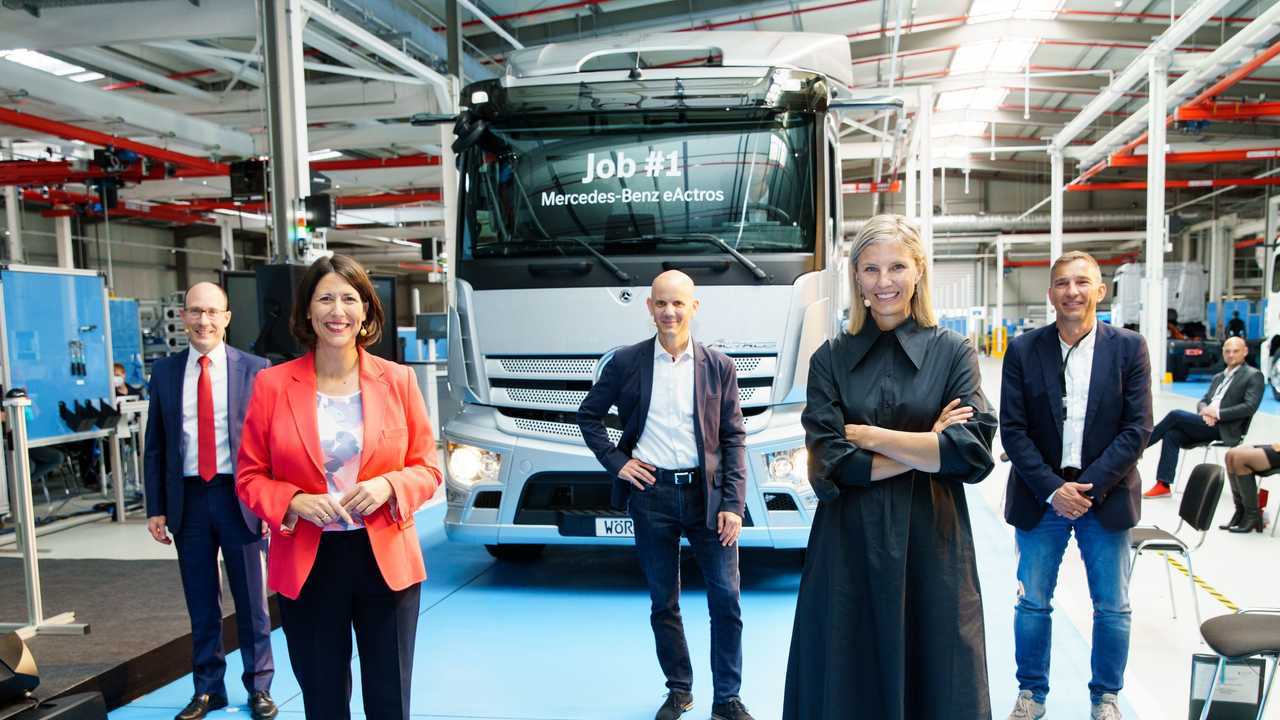 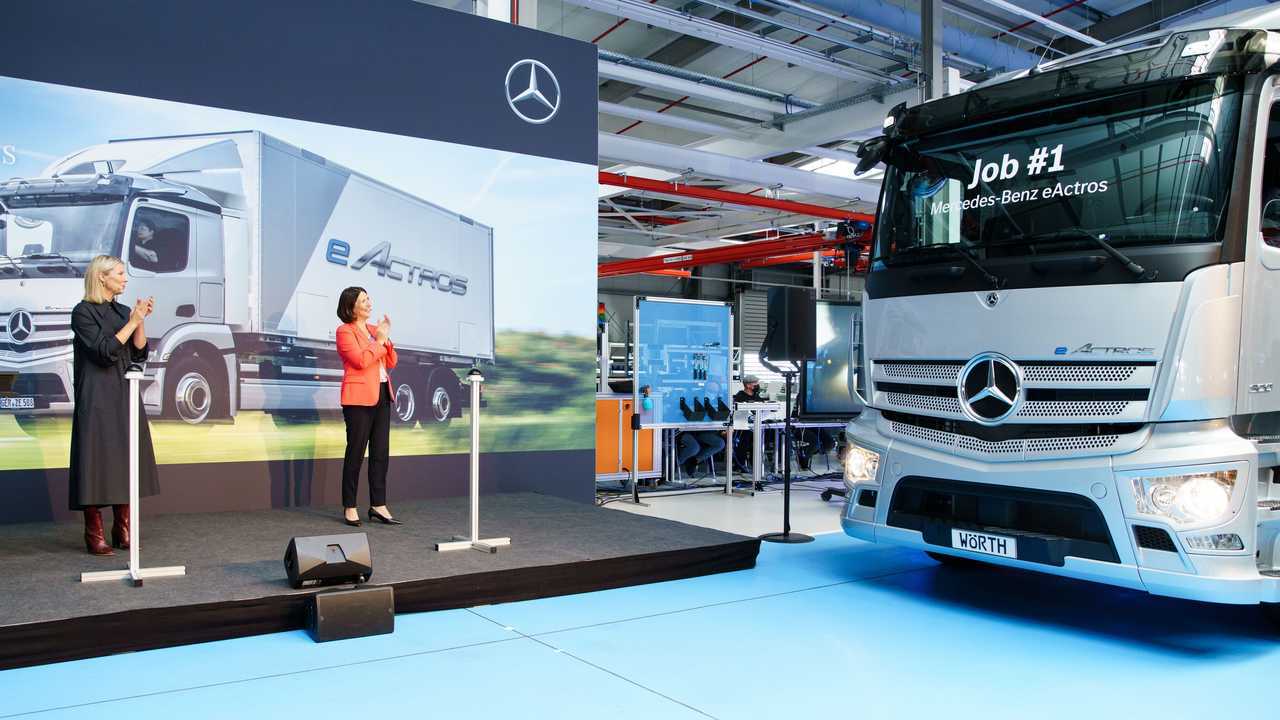 The Mercedes-Benz eActros was first shown in a concept version in 2016, and two years later, in 2018, the company started tests of prototypes, which continues until today.

The final production version was unveiled on June 30, and has been available for order since October 1. Initially, the truck will be available in selected European markets: Germany, Austria, Switzerland, Italy, Spain, France, the Netherlands, Belgium, Great Britain, Denmark, Norway and Sweden. Other markets will follow.

In the second half of 2022 the company will introduce also launch a municipal version of the vehicle – the Mercedes-Benz eEconic. A long-range semi (500 km/311 miles), the eActros LongHaul, will follow in 2024. Batteries for Mercedes-Benz trucks (and other Daimler’s truck brands) to be supplied by CATL.

Karin Rådström, Member of the Board of Management of Daimler Truck AG, responsible for Mercedes-Benz Trucks said:

“Today’s start of the eActros series production is a very solid proof that we’re serious about zero-emission transport. The eActros, Mercedes-Benz’ first battery-electric serial truck, and our related services are a major step for us and for our customers towards CO2-neutral road haulage. And the vehicle also has a very special significance for the Wörth plant and its long-term orientation: the future of Mercedes-Benz truck production is starting today. We want to greatly expand the series production of our electric trucks here.”

The launch of the Mercedes-Benz eActros is also important for multiple other plants in Germany, which provides key components: 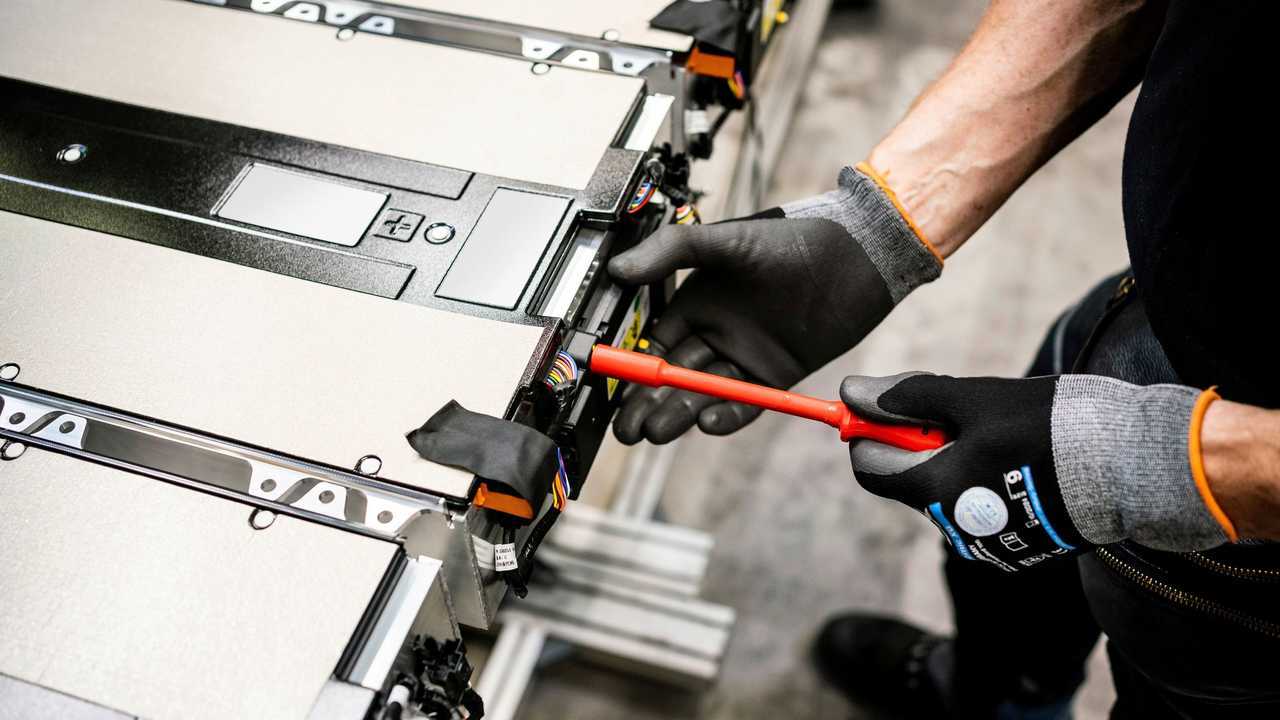 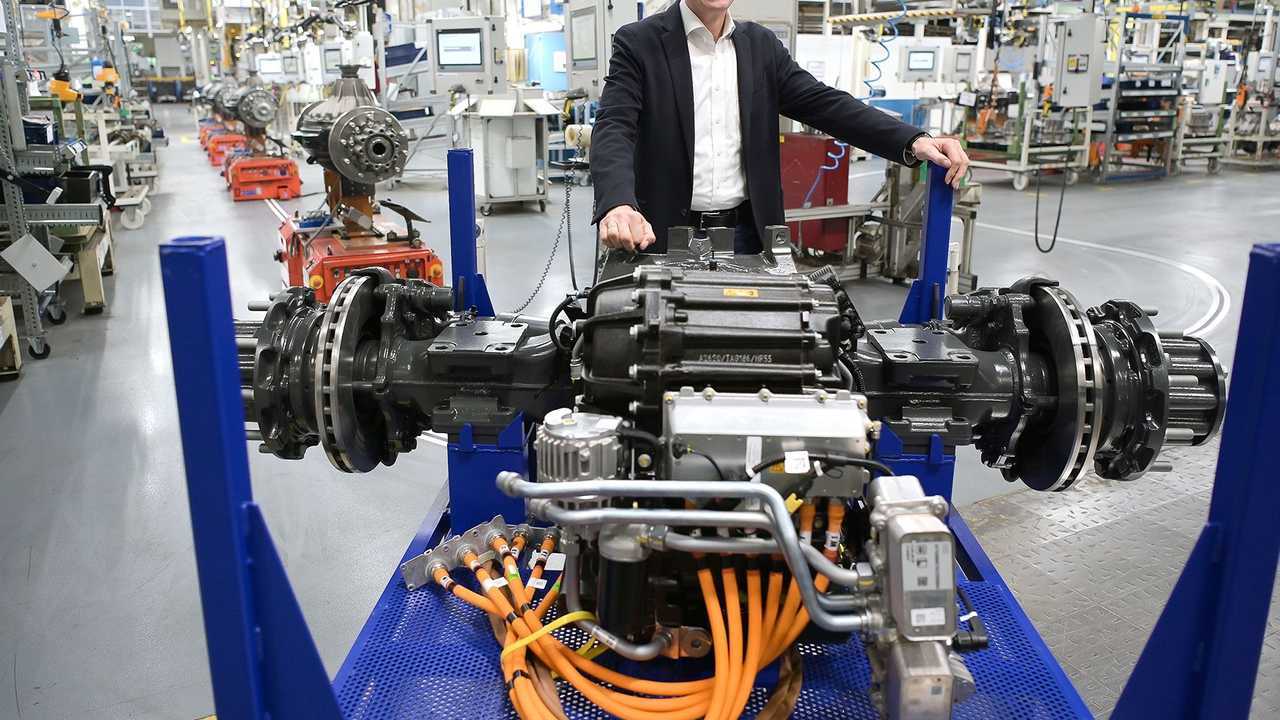 Battery packs from the Mercedes-Benz plant in Mannheim

“The Competence Centre for Emission-free Mobility (KEM) in Mannheim assembles individual battery modules into complete packs, which it then subjects to a function test. A battery pack for a series-produced eActros consists of six individual battery modules. A completely assembled pack is almost 2.20 metres long, 75 cm wide and 55 cm high. But before the modules become part of an operational pack, they are first installed into a metal housing and then connected to other components such as busbars, control systems and wires. They are then wired to the high-voltage cable sets, after which insulation layers that meet the highest safety standards are applied. In the final step, the electric/electronic box (E/E box) is attached to the pre-assembled metal housing, which will later form the interface between the battery and the vehicle. The E/E box is also pre-assembled at the Mercedes-Benz plant in Mannheim. After a final function and leakage test of the entire battery pack, the component is shipped to the Mercedes-Benz plant in Wörth.” 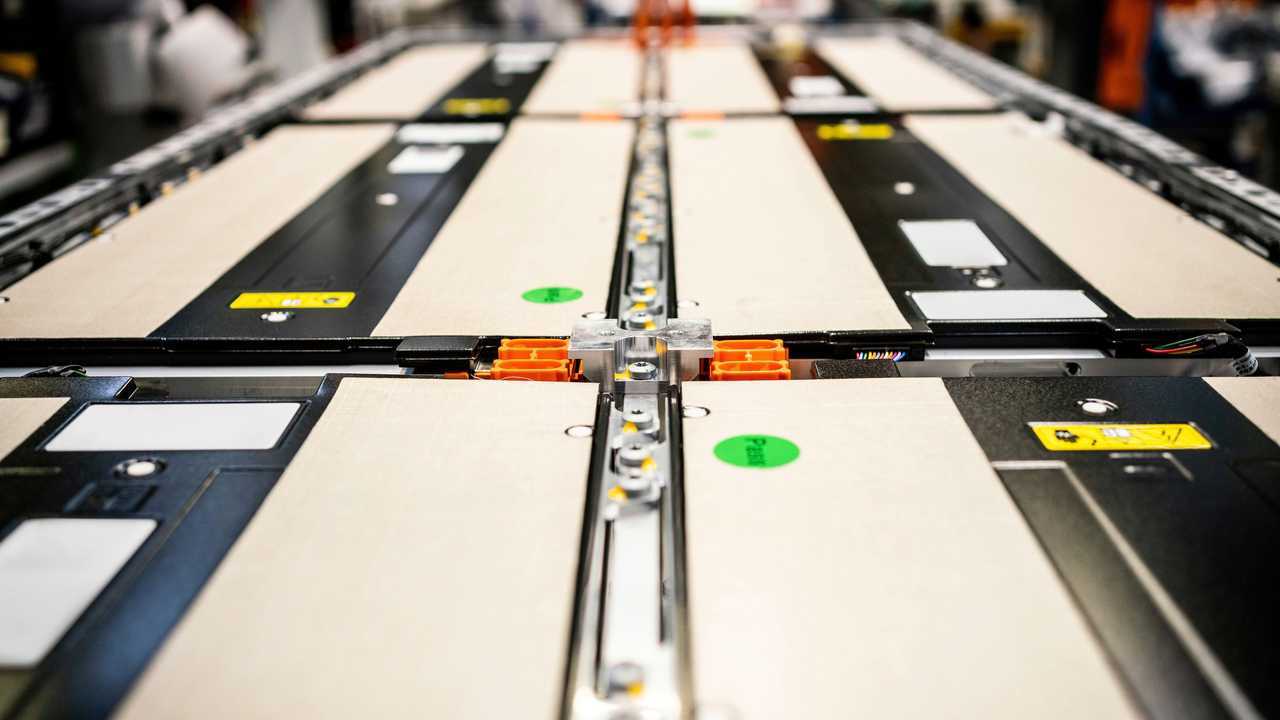 The electric axle integrates two electric motors, which are coupled with a two-speed transmission. The peak output is 400 kW.

The electric axle: A major role for the Mercedes-Benz plant in Kassel

“The Mercedes-Benz plant in Kassel assembles the complete electric axle, consisting of the axle bridge, the electric motor and the shiftable transmission elements. The core axle is pre-assembled first. Among other things, this involves attaching the wheel hubs and the brake disks to the axle bridge. The drive unit, including the two-speed transmission, is pre-assembled in parallel. The Mercedes-Benz plant in Gaggenau supplies the transmission components for this step. After the core axle is pre-assembled, the entire drive unit, including the two-stage transmission, is “married” (attached) to the axle. Before the electric axle is prepared for shipment, it is subjected to a function and high-voltage test. These tests especially examine electrical safety and noise properties. 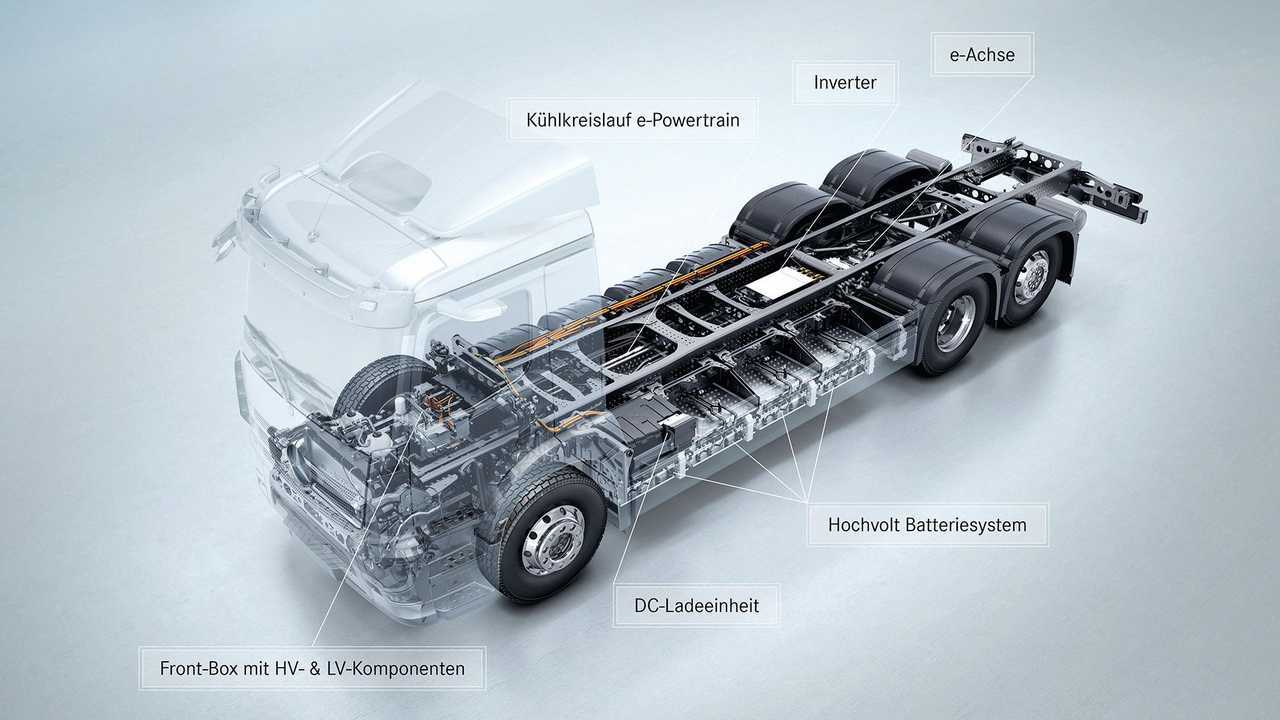 “The Mercedes-Benz plant in Gaggenau uses cutting-edge manufacturing techniques to produce transmission-related mechanical components and the associated housings. The main challenge here is that the transmission parts and the steel and aluminium housing components have to be made as precisely as possible because they are specified to extremely tight tolerances. This is necessary in order to ensure the electric axle works perfectly and has optimal noise properties. The range of components produced at the Mercedes-Benz plant in Gaggenau extends from a tiny planetary gear with an outside diameter of 57 mm to a drive wheel with an outside diameter of 365 mm and a raw component weight of over 40 kg. A total of ten transmission parts and three housing components are supplied to the Mercedes-Benz plant in Kassel, where the further assembly steps of the electric axle take place.” 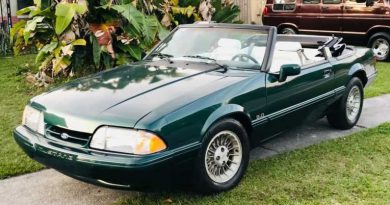 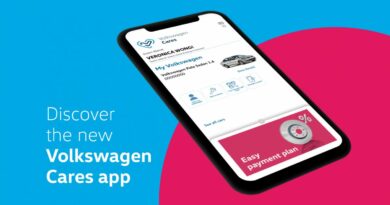 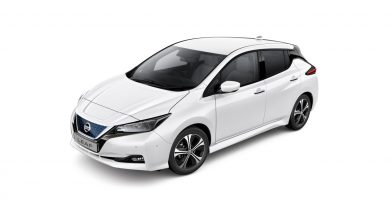