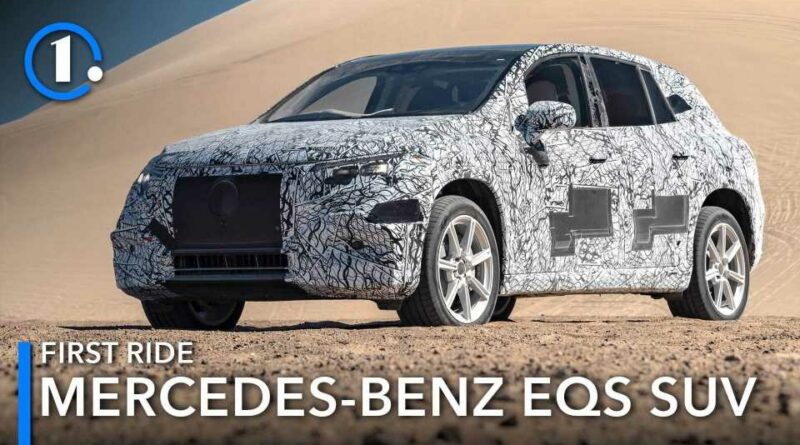 The Mercedes-Benz EQS sedan is a technological marvel and represents the first big step toward full-line electrification for the German automaker. So, what’s next? Using the EQS recipe in an SUV form factor feels like the obvious, and correct, move.

Mercedes invited me to its manufacturing plant in Tuscaloosa, Alabama, for a brief ride in an EQS SUV prototype. Tuscaloosa is the current production home of SUVs like the GLE and GLS, and will soon be home to the EQS SUV and other battery-electric vehicles.

A quick loop riding shotgun in a camouflaged prototype doesn’t tell me everything I need to know about the upcoming EQS SUV, admittedly. But, it’s enough to record some early impressions and to note a few things worth getting excited about when the production version finally hits the streets later this year.

The inside of the EQS SUV is immediately recognizable. The layout basically mimics the EQS sedan, with identical material options on the dash and door panels, and of course, the Hyperscreen. The massive 17.7-inch touchscreen display sits dead center in the EQS SUV, joined by a corresponding 12.3-inch passenger-mounted touchscreen and a digital instrument cluster in a single housing.

One thing that the EQS SUV does get at launch that the sedan didn’t is video-playing capability for occupants on the passenger side. Passengers can now stream a movie over a long road trip while wearing headphones. Unplug those headphones or let the EQS’s interior camera catch the driver trying to sneak a peek, and the system will temporarily shut off the screen.

In terms of size, the EQS SUV slots somewhere between the GLE and GLS length-wise; it definitely doesn’t look huge in person, and the smooth design elements (still camouflaged in this case) help shrink the overall footprint. Specifics on the length and passenger capacities remain a secret, but the EQS’ 126.4-inch wheelbase equals the sedan, though it is slightly wider than its traditional sibling.

A quick look back at the second row reveals a middle bench with a third-row fit neatly behind it. As with the gas-powered GLE, the third row is optional here. Otherwise, buyers get a standard rear bench with a roomier trunk compartment.

Mercedes wants the EQS to carry on its lineage of luxurious off-roaders, and in my brief stint riding shotgun, the EQS SUV definitely proved capable – or, capable enough until the EGQ arrives. At an off-road course within the grounds of the Mercedes manufacturing facility (not the deserts of Nevada pictured here), the electric SUV tackled steep inclines of over 20 degrees and declines of well over 40 degrees, without any scraping or scratching.

As with most other Mercedes SUVs, this EQS SUV has a dedicated off-road mode and a hill-descent control feature. The former lifts the standard air suspension, projects a front-facing view and/or an overhead 360-degree view, and shows an off-road specific screen, displaying various degrees and angles of movement while on the trail to both driver and passenger.

The dual electric motors provides the EQS SUV with immediate torque up some of the steeper inclines, and rear-axle steering – standard in the US at up to 10 degrees – makes the EQS feel nimble through the tight twisty trails. Again, this isn’t a compact crossover, but it navigates tight turns exceptionally well.

Ready For The Streets

Even with camouflage draped over the exterior and some details still under wraps, the EQS SUV is clearly ready for the road. In my brief 10-minute ride, this prototype showed off comfort and capability, as well as some tech we haven’t seen in any Mercedes product in the US to date.

The new Mercedes-Benz EQS SUV will be built, as mentioned, at the automaker’s Tuscaloosa manufacturing facility. And soon the smaller EQE SUV will be built alongside it. The EQS, though, will hit the market first, debuting in full on April 19, before going on sale as a 2023 model year vehicle. 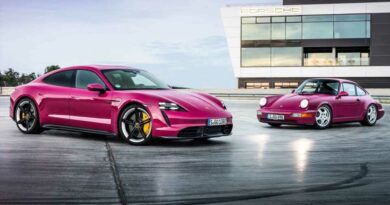 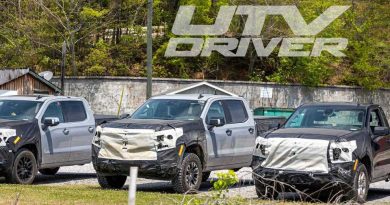 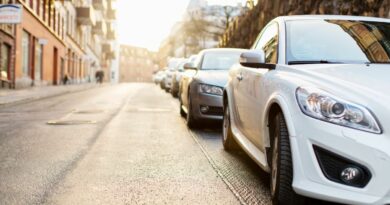