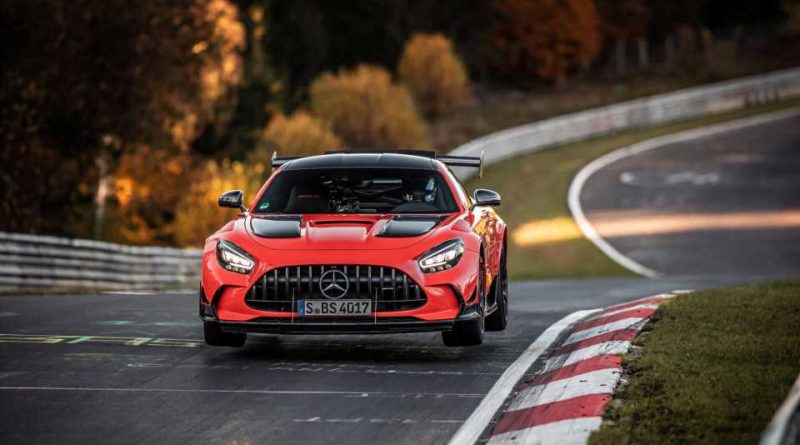 Bragging rights for the lap record at the Nurburgring Nordschleife are back in German hands, but it’s not Porsche that’s reclaimed its title. Instead it’s Mercedes which has finally grabbed the record, with a 6:48.047 official lap time.

Factory GT3 driver Maro Engel took the wheel of the new Mercedes-AMG GT Black Series to set a new lap record on November 4. This updated 2020 car features a more powerful version of the biturbo V8 engine, packing some 720hp and 590lbft — quite a bit more than Engel’s race car in competition trim.

In fact the car owes quite a bit to its Mercedes-AMG GT GT3 cousin. One very obvious change from the previous GT R model is the new, GT3-derived hood. For the Black Edition car, this is a carbon fiber piece with two giant ducts to draw hot air out from the engine compartment — helping to increase front-end downforce.

Adding rear-end downforce is a new rear wing, and you’ll find additional aerodynamic parts dotted around the body. The vehicle underbody is almost totally enclosed too.

In addition, the aero parts are adjustable. For the record run, the carbon fiber front splitter was set in its most aggressive “race” position, with the two elements of the rear wing in a middle position for better aero balance.

That’s only part of the car’s adjustability. AMG set the suspension down by 5mm in the front and 3mm in the rear, fixed the anti-roll bars into their hardest setting, and maxed out the wheel camber to -3.8 degrees at the front and -3.0 degrees on the back. Engel adjusted the nine-stage traction control during the run, using positions six and seven — and AMG Black Edition owners can also do all of these things themselves.

The car also used the factory Track Package. This adds the partial safety cage in the rear for rollover protection, and four-point harnesses. Both the ceramic composite brakes and the road-legal Michelin Pilot Sport Cup 2 R MO tires are standard kit.

Despite conditions not being entirely conducive to lap records, with the track still drying in parts and with an outside air temperature of just seven degrees Celsius, Engel was nonetheless able to shave just over a second off the previous best, set by the Lamborghini Aventador SVJ 770LP-4.

Over the comparable 12.8-mile circuit, skipping out timing on the T13 section in accordance with tradition, the AMG was 1.3 seconds faster than the SVJ, at 6:43.616. However, the new official timing requirements of the Nordschleife cover the full 12.95-mile circuit, so the 6:48.047 lap is the record as it stands.

“It’s really impressive how much downforce the Black Series generates and how confident and reliable it can be driven, even at the absolute limit. My hat is off to the developers from Affalterbach for what they have put on wheels here. And I’m very pleased that I was able to demonstrate these fascinating engineering skills with this great lap time.”

You can watch the full lap, on board with Engel, below: 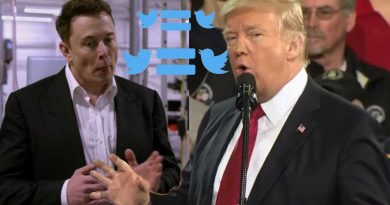 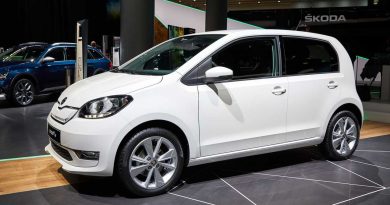 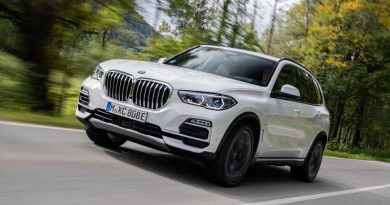 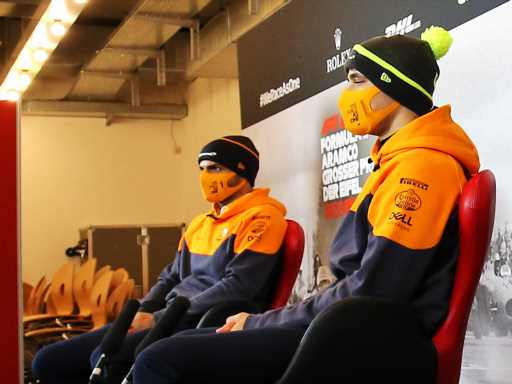 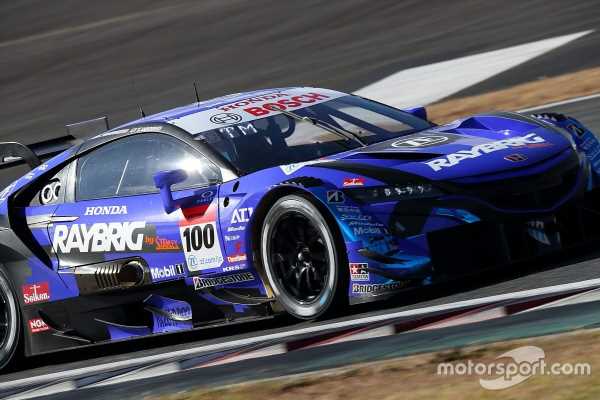